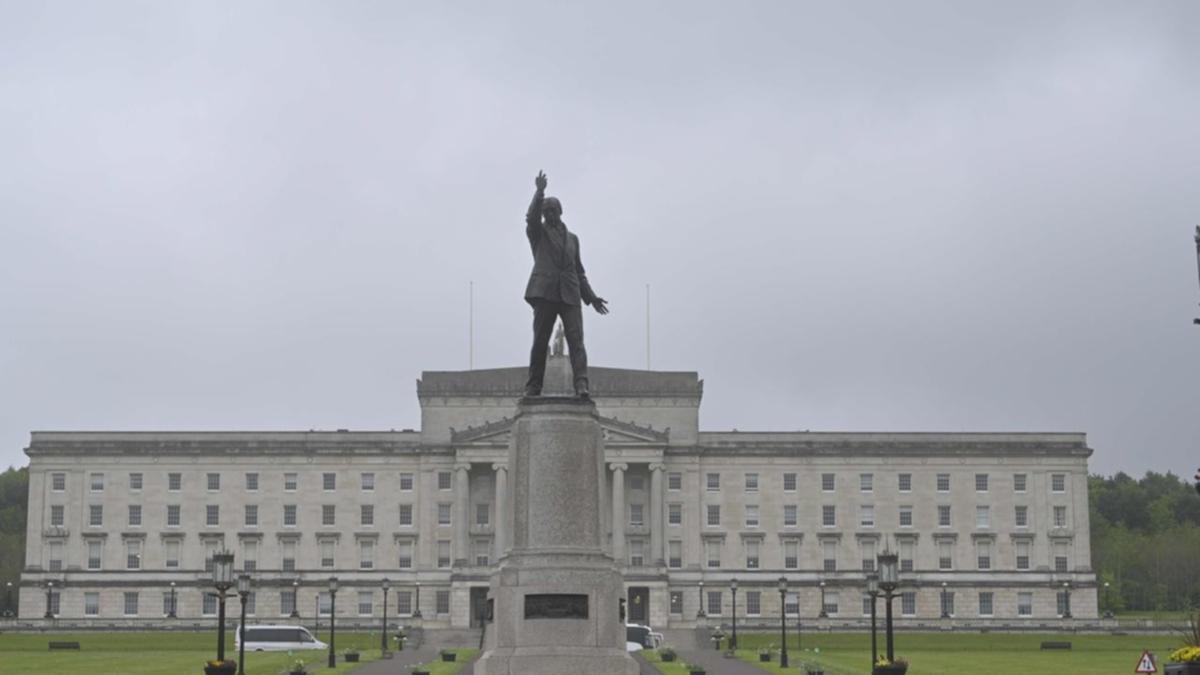 Northern Ireland’s Democratic Unionist Party says it will block the election of a speaker for the Northern Ireland Assembly, in a move that would shut down the British-run province’s newly elected legislature.

In a statement to the News Letter, a Northern Irish newspaper, party leader Jeffrey Donaldson said he would not back a speaker or nominate ministers until the UK altered the Northern Ireland Protocol which governs post-Brexit trade in the region.

The DUP, which last week lost its place as the region’s largest party to Irish nationalists Sinn Fein, had already said it would block the formation of an executive.

“Today the DUP will not support the election of a speaker in the Assembly,” he said in the statement.

The main Irish nationalist and British unionist rivals in Northern Ireland are obliged to share power under the terms of the 1998 Good Friday peace agreement that largely ended three decades of sectarian bloodshed in the region.

Power-sharing between the blocs requires both sides to agree on a speaker before electing a cross-community government. The assembly cannot fully operate without a speaker.

Unionist concerns on the Northern Ireland Protocol were not merely a political squabble, Donaldson said, calling the protocol “a direct challenge to the principles that have underpinned every agreement reached in Northern Ireland over the last 25 years.”

When Britain quit the EU, Prime Minister Boris Johnson’s government agreed to a pact that effectively left Northern Ireland within the EU’s single market and customs union given its open border with EU member Ireland.

That created a customs border in the sea between the rest of the United Kingdom and the province, which pro-British communities in Northern Ireland say erodes their place within the UK. Britain now says the required bureaucracy is intolerable.

Michelle O’Neill, leader of Sinn Fein in Northern Ireland, said the DUP, which supported Britain’s exit from the EU, was punishing the public by not turning up.

“They are disgracefully holding the public to ransom for their Brexit mess,” she said on Twitter.

“Today is the day we should be forming an Executive to put money in peoples pockets and to start to fix our health service.”