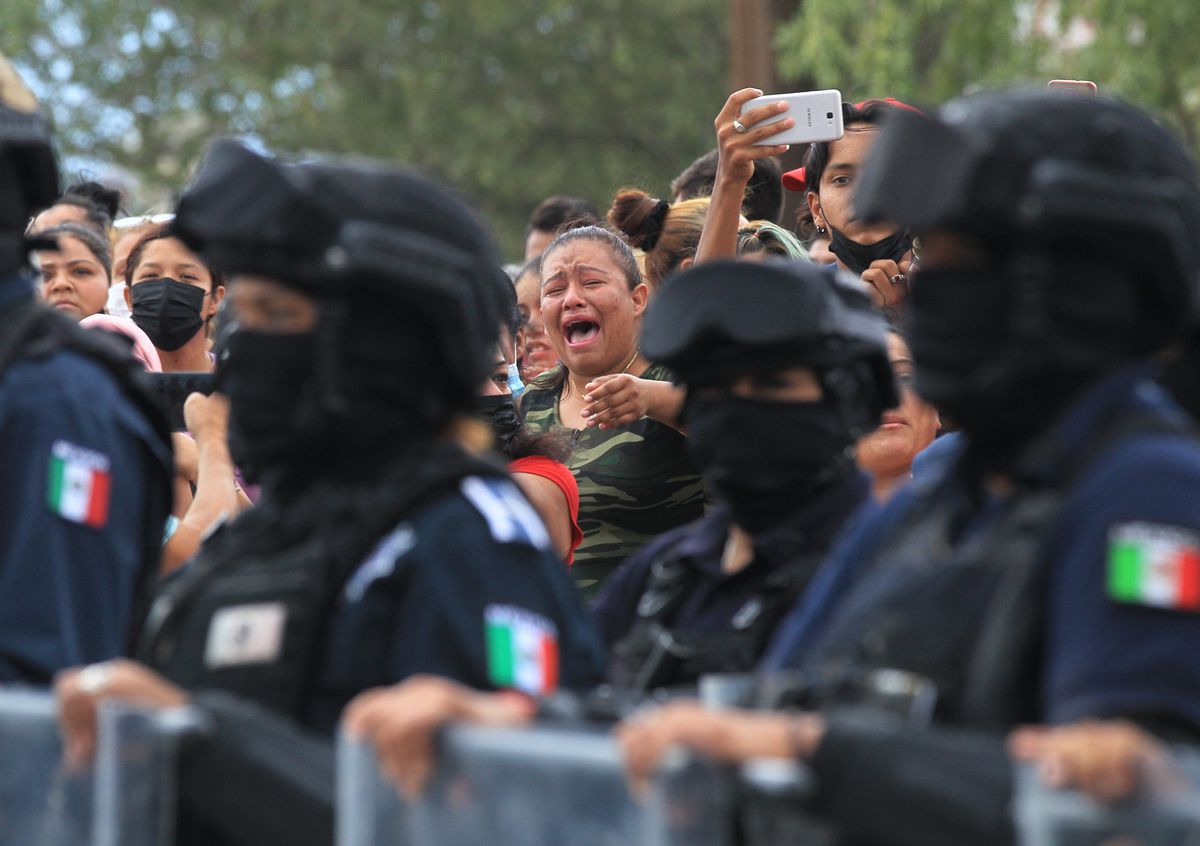 The Mexican city of Ciudad Juárez in Chihuahua descended into chaos on Thursday as drug traffickers carried out sweeping attacks on convenience stores, gas stations and buses. State authorities have not yet identified a link between the attacks, but the surge of violence has been linked to a prison riot that left three inmates dead.

A few hours after the riot, groups of armed men were filmed throwing Molotov cocktails and firing at well-known local food chains, such as Rapiditos Bip-Bip, OXXO, CircleK and Del Río, which is owned by Alejandra de la Vega, one of the richest businesswomen in Chihuahua.

Around 5pm, two women were killed in an OXXO convenience store in the southeast of the city after assailants threw Molotov cocktails at the building, which was instantly engulfed in flames. According to the local newspaper Diario de Juárez, which cites municipal authorities, the victims were an OXXO employee and another young woman who had come to ask for work.

The attackers also threw Molotov cocktails at another OXXO, at the cross-section of Ejercito Nacional and Manuel Gómez Morín, but the workers managed to escape safely. In a Circle K store, a group of armed men fired at four people, injuring a 15-year-old teenager who was taken to a hospital. Later, employees of a Del Río convenience store were beaten and shot at, with one man injured in the attack, according to local press. The armed gang also threw Molotov cocktails and fired at a gas station located at the intersection of San Antonio and Gómez Morín street. Authorities said no attempts were made to rob the attacked premises.

In a pizza store, belonging to the Little Caesar chain, four men were shot dead. Authorities reported that the assailants also set fire to a bus transporting workers to a maquiladora, a type of factory in Mexico run by a foreign company. The women were able to flee the vehicle before it was consumed by flames.

“I deeply regret the loss of human lives in this heinous event against Ciudad Juarez,” said Chihuahua Governor Maru Campos in a Twitter message. “I condemn the violent events that occurred this afternoon. I reiterate my commitment to work with all my strength and capabilities to guarantee the well-being of the people of Juarez,” she added. This was the first official statement after six hours of attacks.

EL PAÍS contacted the Chihuahua prosecutor’s office to gain more information about the violence, but received no reply. In response to the attacks, the University of Ciudad Juárez canceled classes on Thursday and will hold all academic activities scheduled for Friday and Saturday online.

Thursday’s attacks have become part of daily life in the border city of Ciudad Juárez, which has been besieged by violence for decades. According to Diario de Juárez, before the afternoon chaos, a decapitated head was found in the city. “It is the second decapitated head found in less than 24 hours,” the newspaper reported. And in another part of the city, in the Paraje de Oriente neighborhood, a man was riddled with bullets while fleeing from his attackers. “This is the 49th intentional homicide of the month of August,” wrote the newspaper. In Ciudad Juárez, a city of a million and a half inhabitants, almost five people a day have been killed in August alone.

The violence in Ciudad Juárez comes just a few days after drug traffickers terrorized the states of Jalisco and Guanajuato. The armed groups burned cars, trucks and businesses, and also blocked several highways after the Mexican government tried to arrest two alleged leaders of the Jalisco New Generation Cartel (CJNG), one of the most powerful drug organizations in Mexico.