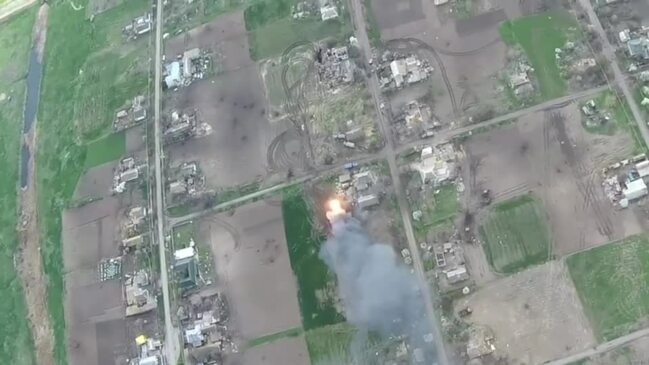 Ukraine’s military released footage on April 28 showing what they said were strikes on Russian munition stockpiles in eastern Ukraine. Storyful confirmed that this footage, published on the Facebook account of Ukraine’s 53 Mechanized Brigade, was taken near the village of Yehorivka, in Donetsk Oblast, though the exact date of filming is unconfirmed. Donetsk sits in Ukraine’s eastern Donbas region, where Russia has poured military assets after withdrawing from other parts of the country. According to an assessment published Thursday by the Institute for the Study of War, a Washington-based think tank, “Russian forces continued tactical ground attacks and shelling along the entire line of contact in eastern Ukraine on April 28 but did not secure any major advances.” Credit: Ukrainian Military via Storyful