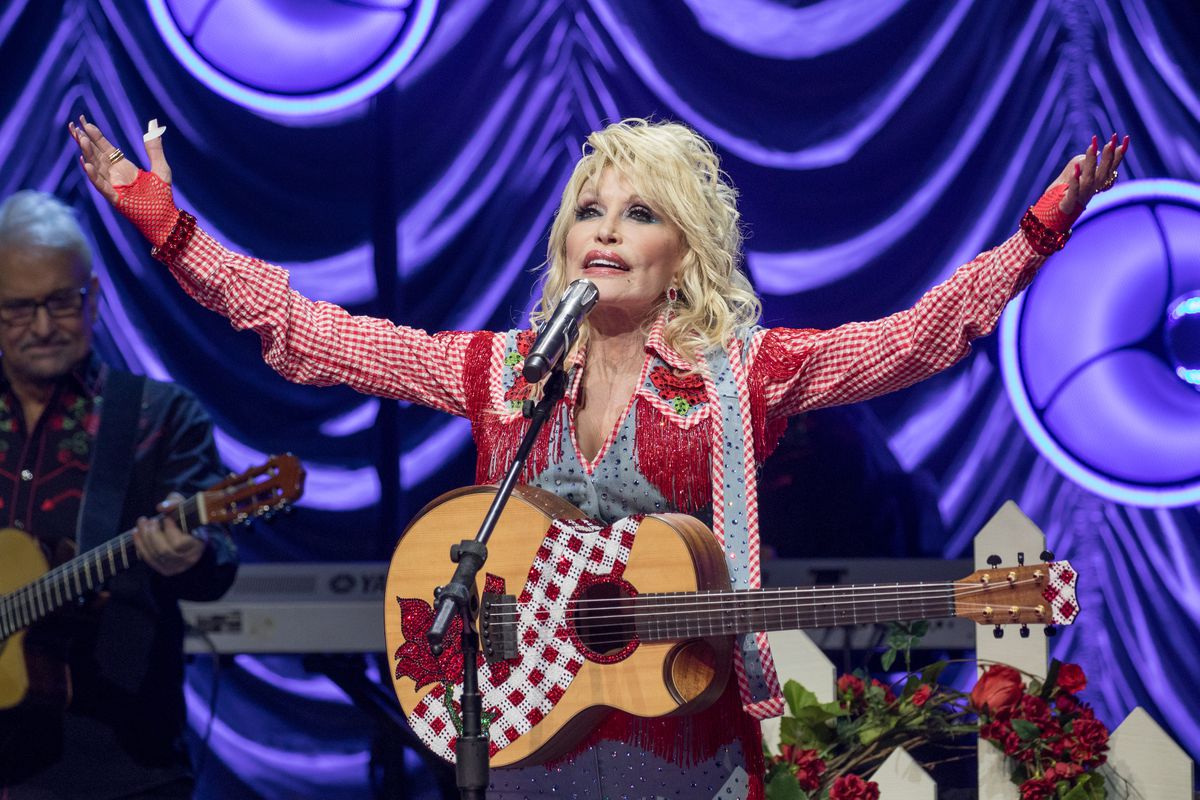 The icon may be known as the most buxom cardigan in Tennessee, but she also possesses one of the sharpest brains in the music industry. She warned listeners about it in Dumb Blonde (1967), her first great hit: “Just because I’m blonde/Don’t think I’m dumb/Cause this dumb blonde ain’t nobody’s fool.” “At first I wasn’t taken seriously because of my looks,” Dolly Parton confirms on the other end of the phone. “A lot of people tried to change me. They said that my image was cheap, but it reflects the idea of glamor that southern girls have. Fortunately, I’ve never taken myself very seriously, but I have taken my work very seriously, and I think we should all dress how we want. I still do it and I still have fun, only now, nobody dares to question me.”

The pop diva is one of the most prolific songwriters in the United States, with nearly 3,000 registered songs. She is also an actress, philanthropist, successful businesswoman and, for the first time at 76, also a fiction writer: along with best-selling crime author James Patterson, she co-wrote Run, Rose, Run (Backlight), a thriller about a young country star who runs away from home to seek her fortune in Nashville. The 537-page tome inspired an album of the same name with 12 previously unreleased songs.

“A novel is kind of a natural next step for me,” Parton says. “I’ve been a songwriter all my life, and I like to tell stories through my songs. When I was a child and wrote a song, I would run home to sing it to everyone. There was no television, so it was my way of entertaining.” Parton has flaunted her narrative ability in classics such as Coat of Many Colors, in which she evokes the poverty of her childhood and her classmates’ cruelty, and The Grass Is Blue, about the pain of a breakup. With time, many of her lyrics have begun to be celebrated as critiques of structural misogyny, their messages packaged with glitter and catchy melodies to appeal to a mass audience. In I’m a Woman (1966), which she recorded again in 2018 with Sia, she sings about the stigma of women who have lost their virginity. The Bridge (1964) tells the story of a pregnant single woman who commits suicide. 9 to 5 (1980) is an anthem of exploited working women.

“Country music is a very effective communication tool, because it tells normal stories about normal people in an extraordinary way. It’s basically simple music narrated in a not-so-simple way,” Parton says. Helen Morales, author of Pilgrimage to Dollywood, emphasizes that Parton turned on its head the tradition of murder ballads. The genre, whiich originated in the Appalachian region, consists of songs in which men brutally narrate the murders of women. Parton began writing and performing those ballads from the perspective of the victim. Over the years, the artist went from the description of pain and abuse to stories that encourage people to leave abuse behind.

The singer’s famous silhouette has spurned jokes and admiration alike, and her transformation into a feminist icon was unexpected. As her friend Jane Fonda has argued on multiple occasions, the singer may not do feminist theory, but she does practice. Although the word “feminist” has never left her always-lined lips, the artist has frequently denounced the flagrant inequalities that women face. “The same work should be paid the same. It seems obvious, but today we continue to fight for it, although things have improved a lot, and in the music industry we are more respected. When I started out, the good old boys were the ones running everything. The girls were like the tomato in the salad on the side of the steak, the main course, which was them, of course.” To fulfill her role, Parton had to keep up her image as a single girl: her producers opposed her getting married. She kept her 1966 wedding to Carl Dean a secret from them for a year, proving that she could be successful even as a married woman.

Parton’s leap to stardom began at the hands of country singer Porter Wagoner, in whose television show she participated for a decade. When they separated artistically in 1974, she wrote the ballad I Will Always Love You, which, according to Parton, Elvis sang to his wife Priscilla after their divorce. Perhaps because of that, Presley wanted to buy the rights to the song. Against the advice of everyone around her, Parton said no to Elvis. And what seemed crazy at the time turned out to be the best business decision of her life: in 1992 Whitney Houston recorded the song as part of the soundtrack of the movie The Bodyguard. It became one of the most listened-to songs in history, and it made Parton rich.

The same year that she released I Will Always Love You, her jump to pop came with Jolene (1974), forging a career path that country singers such as Taylor Swift would later follow. The nineties brought a series of commercial ups and downs. Parton returned to her bluegrass roots in the early 2000s, and then, continuing to record at the same frenetic pace of the previous three decades, Parton began to focus on her work producing musicals and films.

“I became an entrepreneur on the fly. I was learning along the way. But the one who influenced me the most in that regard was my father. He couldn’t read or write, but he was the smartest person I know. He knew how to move, how to negotiate and make things happen, and I think I inherited those skills from him. It is something innate. I know what’s right and what’s not right for me. I keep my eyes open and let my heart guide me.” Parton talks like she sings–or, perhaps more accurately, she lives like she sings. Her father’s illiteracy inspired one of her first charitable projects: Dolly Parton’s Imagination Library, an organization that provides scholarships and textbooks to children in need. “Education has always been very important to me, and that concern comes from a very deep place in my heart. My father and many of my other family members couldn’t read or write, and if they had had this opportunity, they would have been much more successful in other aspects of their lives. My father was involved in the beginning of this project. He wanted to feel part of something bigger than himself. We’ve donated over two million books, and I can say I’m more proud of this than anything else I’ve done in my career.”

At the start of the pandemic, Parton also donated a million dollars to covid research. “I realized that it was going to be something serious, and I decided to act. I like to be prepared to help in any cause that I consider important.” She has long played a part in the fight against discrimination: because before being a feminist icon, Parton was a gay icon. As with women’s rights, she defends the LGTBIQ+ community on her own terms: “I believe that we are all children of God and that God loves us and wants us to be free and happy. He has made us different, and we must learn to accept that others are as they are. Do you know the saying ‘variety is the spice of life’? Well, I love variety.”

For singer and producer Linda Perry, the secret of Parton’s successful half-century career lies in the fact that “she has perfected the art of succeeding without hurting anyone,” as she explains in the BBC documentary Here I Am Over the phone, the singer confirms this theory. Parton, who in 2020 released the musical Christmas in the Square on Netflix, refuses to share her opinion about digital platforms in the current audiovisual industry: “I don’t want to start a conversation about controversial issues. Everyone knows I try to stay out of it, because you don’t know how much reality and how much politics there is in these issues. Of course I have an opinion, but no obligation to share it, honey.”