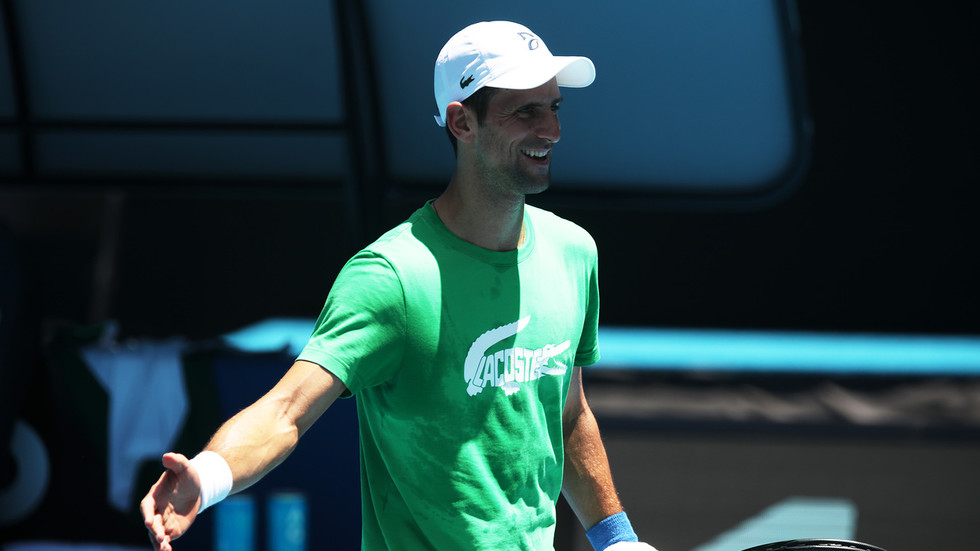 Novak Djokovic will open the defense of his Australian Open title against countryman Miomir Kecmanovic after the world number one was included in the draw, although the threat of deportation remains.

Adding to the suspense surrounding Djokovic, the main draw for the Melbourne showpiece was delayed on Thursday amid continued speculation that the Serbian star is set to be kicked out of the country.

But when it did go ahead 75 minutes later than planned, Djokovic’s name was included as the nine-time champion was handed a first-round meeting with world number 78 Kecmanovic.

The Australian Open gets underway on Monday.

Djokovic and his fans will be hoping he is still in the country at that point as the row rumbles on regarding his right to be there.

Australian Immigration Minister Alex Hawke has reserved the right to intervene in Djokovic’s case after a Melbourne federal circuit court judge reversed a decision to cancel the 34-year-old’s visa.

The unvaccinated Djokovic arrived in the country with a medical exemption after recovering from Covid in December, although federal officials argue that is not sufficient reason for entry.

Fueling rumors around the case, Australian Prime Minister Scott Morrison held a press conference on Thursday which some had suggested would discuss Djokovic.

In the event, it was a routine cabinet update but Morrison did state that the Serbian star’s case was being still considered.

“I will refer to Minister Hawke’s most recent statement in that position hasn’t changed,” he told reporters.

“These are personal ministerial powers able to be exercised by Minister Hawke.

“I don’t propose to make any further comment at this time.”


Djokovic will be aiming to win a 21st Grand Slam title overall if he lines up in Melbourne, which would move him ahead of great rivals Roger Federer and Rafael Nadal in the all-time list.

The Serb is the top seed for this season’s tournament and his main threat is seen as coming from second-seeded Daniil Medvedev of Russia – whom he defeated in last year’s final.

Medvedev won a maiden Grand Slam at the US Open in September when he beat Djokovic in the final.

Medvedev, who is on the other side of the draw to Djokovic, has been handed a first-round meeting with Swiss player Henri Laaksonen.

Elsewhere, 2009 champion Nadal will meet America’s Marcos Giron in the opening round in Melbourne. Nadal is seeded sixth in this year’s tournament.