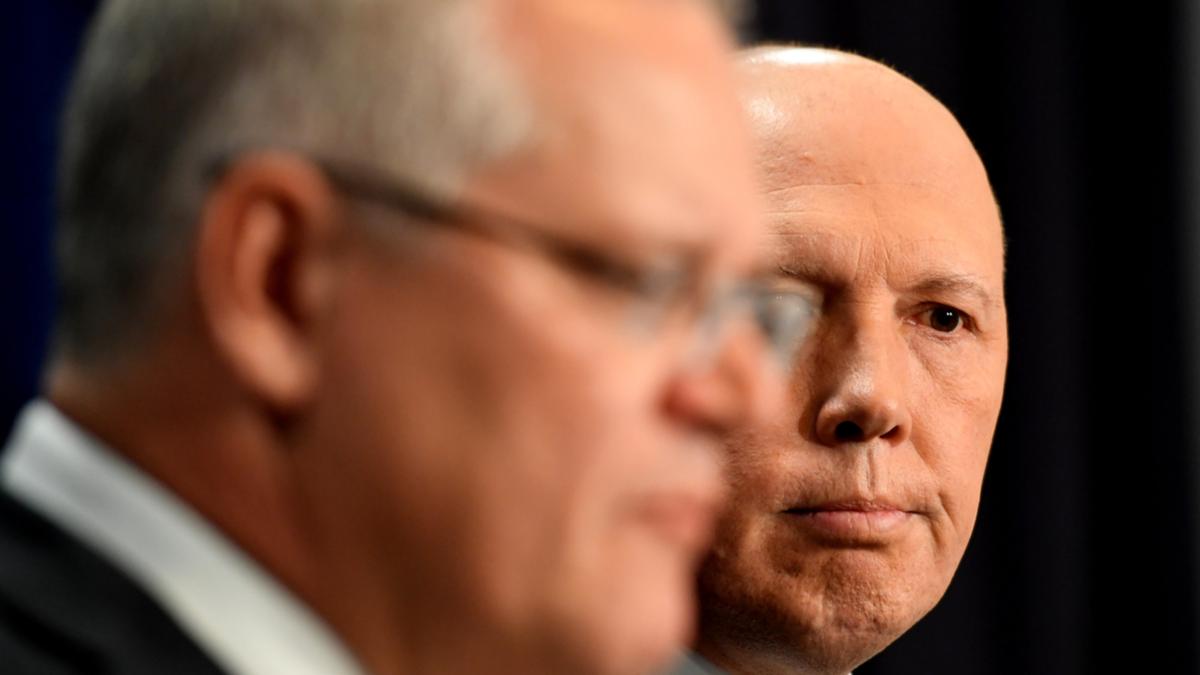 Peter Dutton has hosed down speculation he is preparing to challenge Scott Morrison for the Liberal Party leadership.

The prime minister is under pressure ahead of a federal election later this year following a string of bad polls and recent texting scandals.

Watch Peter Dutton speak to Sunrise in the video player about

Mr Dutton told Sunrise on Tuesday that is “loyal” to Mr Morrison and won’t be challenging for leadership ahead of the poll, which is expected to be held in May.

“I’ve been loyal to Scott Morrison since day one and I continue to do so because I’ve seen what he’s done in taking us through what’s been a difficult situation,” he said, referencing the federal government’s management of the COVID-19 pandemic.

“There was no textbook as to what you should do in a one in one hundred year event. We haven’t got everything right, but we have got most things right.”

Mr Dutton said he was not concerned by recent polls showing the Coalition slumping behind Labor to its lowest levels of support since 2018.

“I’ve been around since the Howard days and I can remember at every election the Coalition has been behind,” he said.

“Generally at this point of the cycle that’s the case, particularly if you’re in government, because the polls are more an expression of peoples’ frustrations about a particular issue