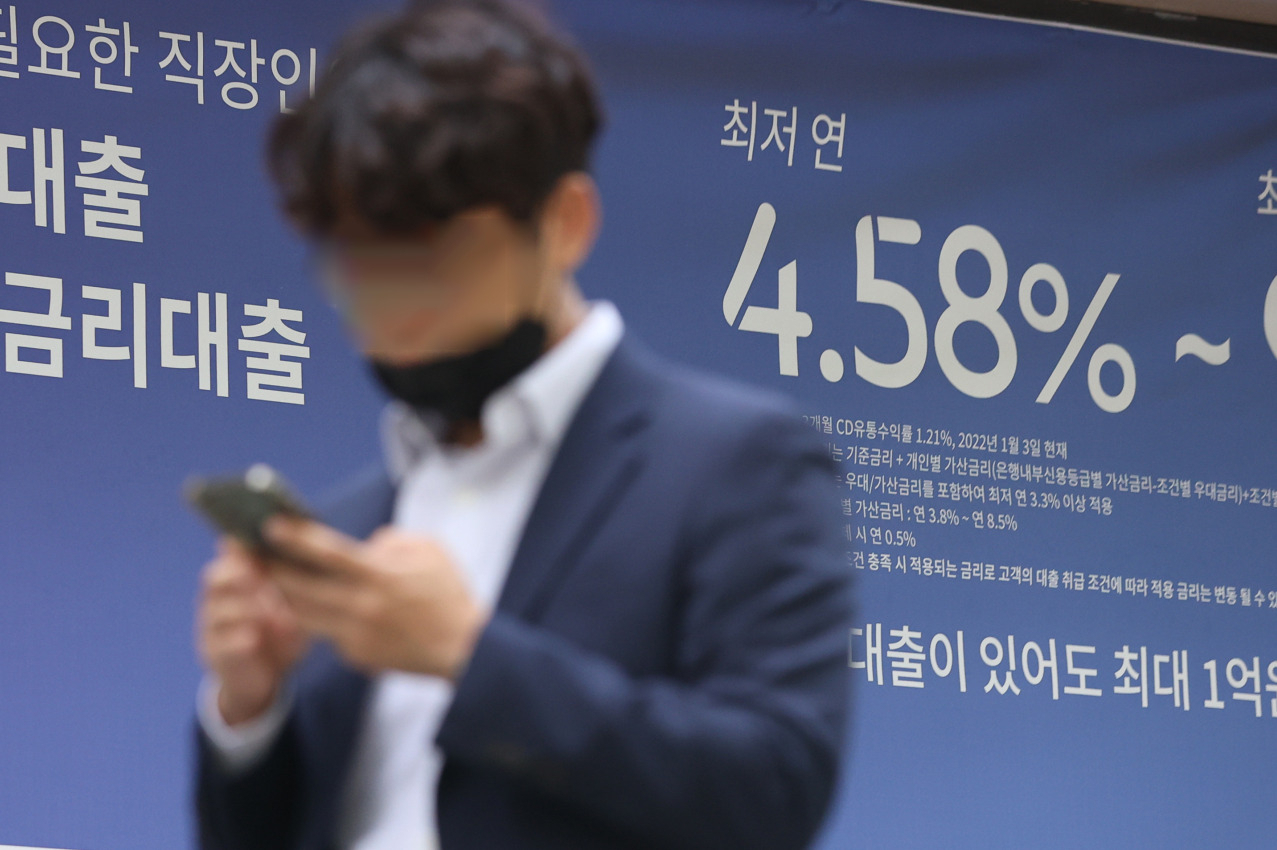 South Korea saw the ratio of household and corporate debt to gross domestic product (GDP) edge down in the first quarter as household debt grew at a slower pace amid tough lending rules and rising borrowing costs, a central bank report showed Wednesday.

According to the “financial stability report” by the Bank of Korea (BOK), the debt-to-nominal GDP ratio stood at 219.4 percent as of end-March, down 0.1 percentage point from three months earlier when it hit an all-time high.

The decline came as the household debt-to-GDP ratio declined for the second straight quarter to 104.5 percent from 105.8 percent three months earlier.

Outstanding household debt continued to grow but at a slower pace, the BOK said, as tough lending rules remain in place and fast-rising borrowing costs have discouraged people from taking out loans.

The ratio of household debt to disposable income also declined by 2.2 percentage points on-quarter to 168.9 percent as of end-March.

The ratio of corporate debt to GDP, however, rose to 114.9 percent at the end of March from 113.7 percent three months earlier.

Outstanding corporate debt amounted to 1,609 trillion won in late March, up 14.8 percent from a year earlier, according to the data.

The on-year rise stemmed from expanded financial support for pandemic-hit businesses, their mounting needs for loans to pay bills from high-flying commodity prices and invest in facilities and overseas properties, the BOK said. (Yonhap)