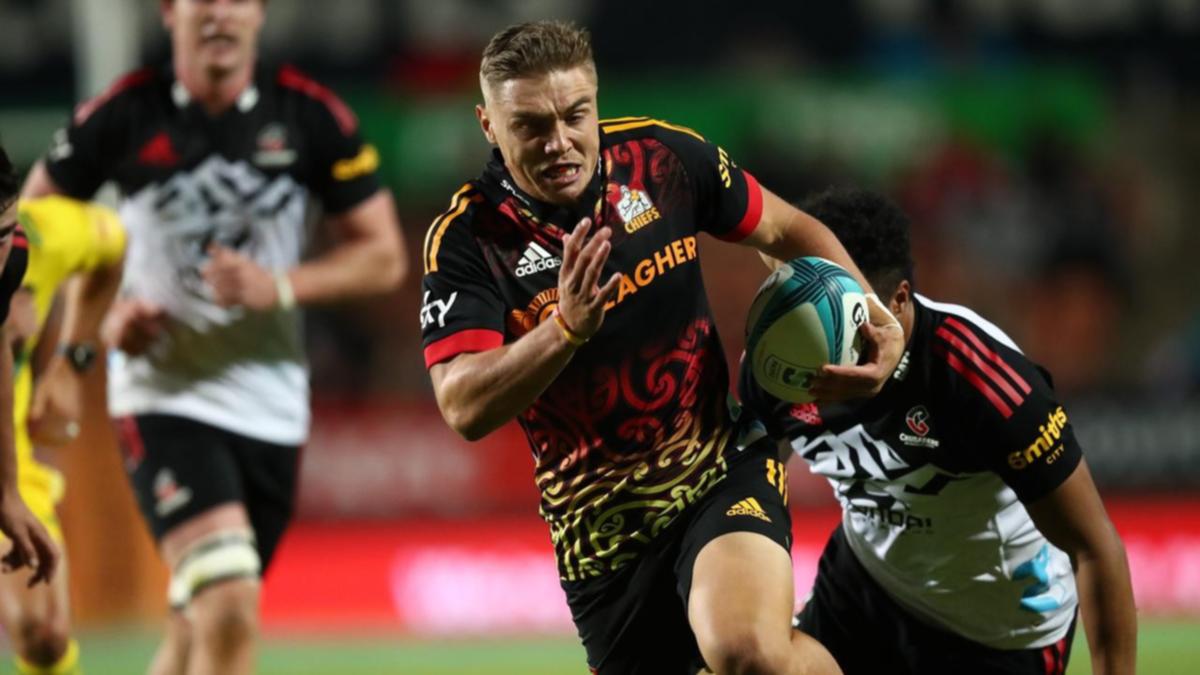 The Crusaders have turned the tables on the Chiefs with a 34-19 win to spoil their Hamilton Super Rugby Pacific homecoming.

A barnstorming Sevu Reece scored with 20 minutes to play to swing the game in the Crusaders’ favour.

His devastating line break and try came against the run of play as the Chiefs, who started the half down by just three points thanks to two first-half tries from Alex Nankivell, looked for a go-ahead try.

Leicester Fainga’anuku then carried four men over the line from close range to all but seal the second-placed Crusaders’ fourth win from five starts as crowds returned to New Zealand Super games.

The Chiefs remain in fifth place and will have concerns over star lock Brodie Retallick after he left the field late in the first half with a thumb injury.

Crusaders captain Scott Barrett said the loss a fortnight ago had stung his side into action.

“Last time they hurt us at home; it’s a tough place to come out on top here, we talked out effort all week,” he said after the five tries to three win.

“Last time the Chiefs had better of it, dominated physically.

“We had to turn up physically and I thought the boys showed plenty of effort in that area.”

“To be fair they won the majority of the little battles that go on inside a rugby game,” he said.

“They put us under a lot of pressure … it’s disappointing at home for the first time in a long time, because today we took a couple of backward steps.

“But credit has to go to the Crusaders for the pressure and attitude they showed up with tonight.

“Man it makes you appreciate it when you haven’t had it for a wee while.”