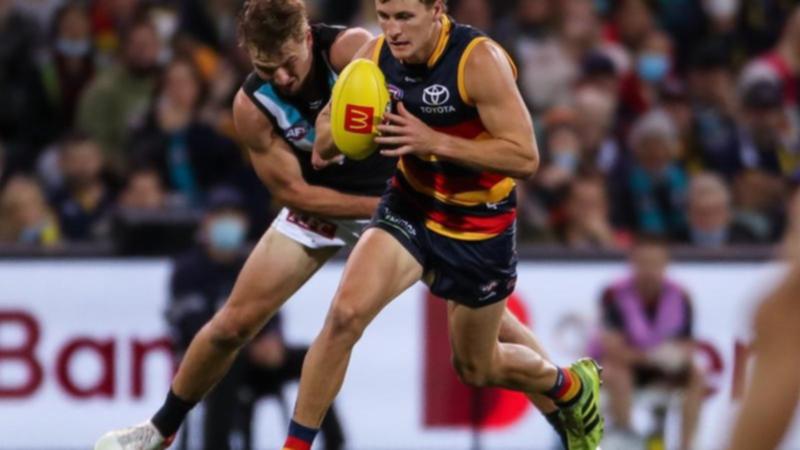 Adelaide’s prized recruit Jordan Dawson has kicked a goal after the final siren to sink Port Adelaide by four points in an AFL thriller.

And Port, touted as a premiership fancy, remain winless after three games after coughing up an 18-point lead some eight minutes into the final term.

The Crows booted three goals in the last five minutes to a steal a stirring victory at Adelaide Oval on Friday night.

Adelaide were two points down with just four seconds remaining when Lachlan Murphy grabbed a loose ball in the forward line and was crunched high by Port’s Sam Mayes.

While given a free, Murphy was assisted off the field and unable to take his kick, with the ball given to ex-Swan Dawson.

His left-footer curled through to cap his best game for his new club – two goals and 25 disposals.

The Power held a seemingly commanding 18-point lead some eight minutes into the last term.

His match-winner came after Port veteran Travis Boak missed a set-shot with one minute 40 seconds remaining, leaving the Power two points in front.

But Ken Hinkley’s side remain in the mire with three consecutive losses and a looming Thursday night fixture against reigning premiers Melbourne.