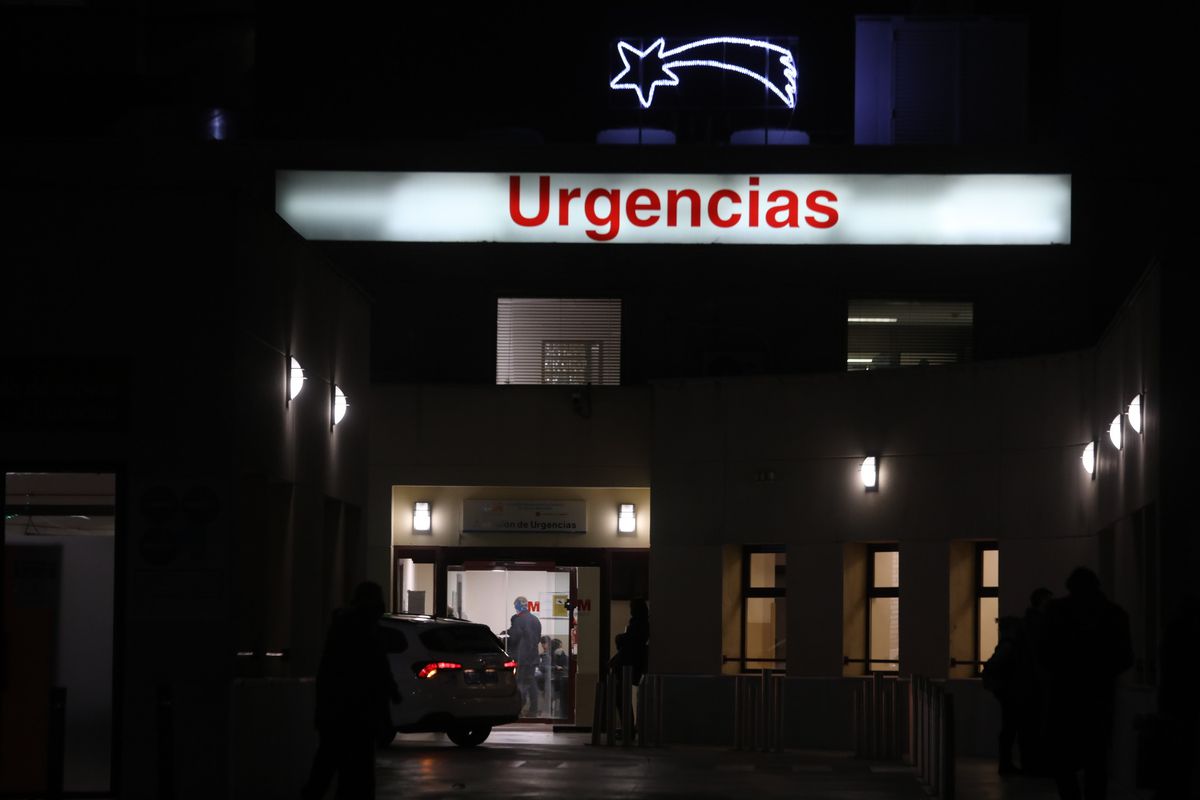 The Spanish Health Ministry has listed the omicron strain of the coronavirus as a “variant of concern” in its latest daily report on the epidemiological situation in Spain, which was released Monday evening. The report describes a variant of concern as those that are “more transmissible, more virulent or able to escape, either partially or totally, the effect of antibodies acquired after a natural infection or vaccination against previous variants.”

On Monday, the Gregorio Marañón Hospital in Madrid confirmed the first case of the omicron variant detected so far in Spain. The hospital’s microbiology department reported that the variant was found in a 51-year-old man who flew in from South Africa and that the patient was “feeling well.” The traveler returned from South Africa on November 28 after a stopover in Amsterdam. In a press release, Madrid health authorities said that the region is “maintaining epidemiological vigilance of all the close contacts of the flights that arrived in Madrid from the Dutch capital.” The 51-year-old patient has “minor symptoms” and is “in isolation, keeping quarantine,” it added.

This case was found via a large-scale antigen testing operation in Madrid’s Adolfo-Suárez-Barajas airport, while the virus was sequenced on Monday via an “ultrafast procedure” that provides same-day results, said the regional health department in a press release. In Catalonia, two suspected cases of omicron have also been detected in Barcelona’s El Prat airport, in two travelers from South Africa who are now under quarantine. The Catalan regional government expects confirmation on Tuesday on whether the infections are from the omicron variant.

Under Spain’s current health controls, passengers are tested in the airport if they are suspected of carrying the virus. In the past seven days, 249 imported cases have been detected in Spain, according to Monday’s report. This represents 0.46% of all infections detected in the same time period (54,010). Of Spain’s 17 regions, the Canary Islands have registered the highest number of imported infections in the past seven days, with 66 cases, or 3.15% of all contagions reported in the region in the last week. The archipelago is followed by the Valencia region with 42 cases (0.67%), Madrid with 35 (0.7%) and Andalusia with 18 (0.4%).

In an effort to control the spread of the new variant, Spain has tightened travel restrictions and introduced new quarantine measures for travelers from at-risk countries. The Spanish Cabinet is also expected to restrict flights to Botswana and South Africa at a meeting on Tuesday.

“It’s about acting early, buying time,” Spanish Health Minister Carolina Darias told the Cadena SER radio network on Tuesday. “Buying time allows us to try to stop the spread, until more is known about whether it spreads more easily or causes more serious illness or if it escapes the vaccines.”

Spain’s Public Health Commission, which is made up of health officials from the central and regional governments, is also set to discuss the new variant at a meeting on Tuesday. Also on the agenda is whether Spain should approve the Pfizer-BioNTech Covid-19 vaccine for children. This child dose has already been approved by the European Medicines Agency (EMA), but experts have expressed doubts about whether it is needed for children, given they largely have minor cases of Covid-19 or are asymptomatic.

In the meantime, the 14-day incidence rate of the coronavirus continues to rise in Spain. According to the Health Ministry report, released Monday, this figure now stands at 199 cases per 100,000 – up 27 points since Friday, the last day for which data is available given no figures are released on the weekend. The Health Ministry recorded 22,911 new cases since Friday and added 53 deaths to the official toll, which now stands at 88,008. Navarre continues to be the region with the highest incidence rate, with 571 cases per 100,000. It is followed by Spain’s Basque Country with 446 cases.

The Valencia region on Monday received court approval to make the European Union’s Digital COVID Certificate a condition of entry at hospitality establishments with capacity for more than 50 people, entertainment venues, recreational spaces with dining areas, as well as a requirement for visitors to hospitals and public and private nursing homes.

This so-called Covid passport can be accessed in Spain via each region’s healthcare system, and certifies whether the bearer has been vaccinated against Covid-19, has recently recovered from an infection, or has been tested for the virus.

The new rules will not come into effect until they are published in the Official Gazette of the Valencia region. The regional government is expected to do this on December 3, so that the measures – which are valid for 30 days – cover Christmas vacations and New Year’s celebrations.

The Covid certificate was also approved last week by the courts in Catalonia. The regional government, however, was forced to postpone the implementation of the measure until December 3 – a week later than expected – due to difficulties with downloading the document.

Ahead of the introduction of the Covid certificate, both regions saw a spike in vaccination rates. In Catalonia, 22,000 first vaccine doses were administered last week, double the number of the first week of November. Due to the increase, the region is now considering reopening mass vaccination centers. And in the Valencia region, 2,190 doses were administered at appointment-free mobile centers over the weekend, more than what was recorded in the first three weeks of the month.

In an interview with the Financial Times, Moderna CEO Stéphane Bancel on Monday predicted that current vaccines will be less effective at targeting the omicron variant and warned it will take months to develop a new formula against this new strain.

“”There is no world, I think, where [effectiveness] is the same level we had with delta [strain],” said the head of one of the main manufacturers of Covid-19 vaccines along with Pfizer-BioNTech and Johnson & Johnson. “I think it’s going to be a material drop. I just don’t know how much because we need to wait for the data.”

With reporting by María Fabra and Bernat Coll.