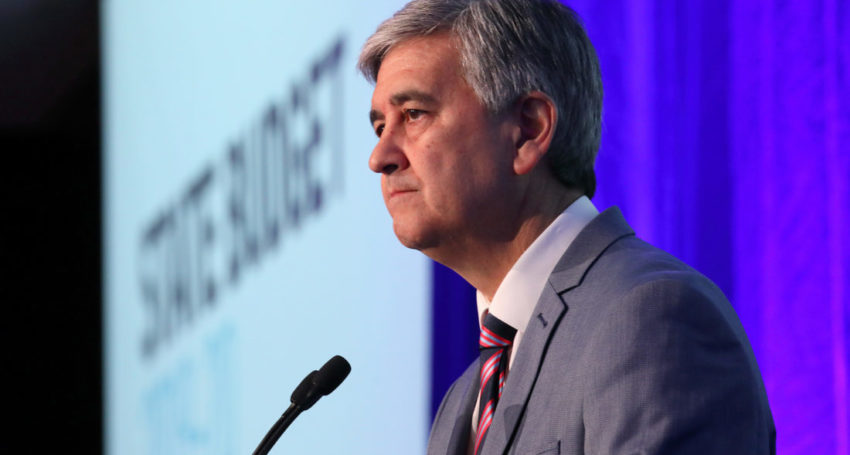 A $243 million increase in already-record debt and a deep draw down into $2 billion in uncommitted capital reserves would also pay for Labor’s list of pledges, he said.

But outgoing Treasurer Rob Lucas seized on the document to accuse Mullighan of “rookie errors”, saying he had misunderstood Treasury advice delivered during last year’s budget estimates about the size of the contingency fund – which he said was earmarked only for transport-related projects that would be co-funded by the Commonwealth.

“Transport-related projects are in many cases 80 per cent federal funded [whereas] health and hydrogen projects have to be 100 per cent state funded,” Lucas told reporters.

“That’s just blown completely the investing capital works projects out of the water… the only way $3 to $4 billion of promises can be funded is through a massive increase in revenue: taxes, charges, levies, the removal of exemptions and the like.

“These are rookie errors by a rookie leader and a rookie shadow treasurer.”

Lucas said if Labor was elected “the first thing Treasury will say to them is ‘I’m sorry, there isn’t $2 billion sitting behind a sofa to spend on a hydrogen plant or to spend on all these health projects – you’re going to have to raise the money some other way to fund these projects’”.

Today marks the final day of the campaign, with Premier Steven Marshall and Opposition Leader Peter Malinauskas set to make their final pitches to voters – beginning with the morning radio rounds.