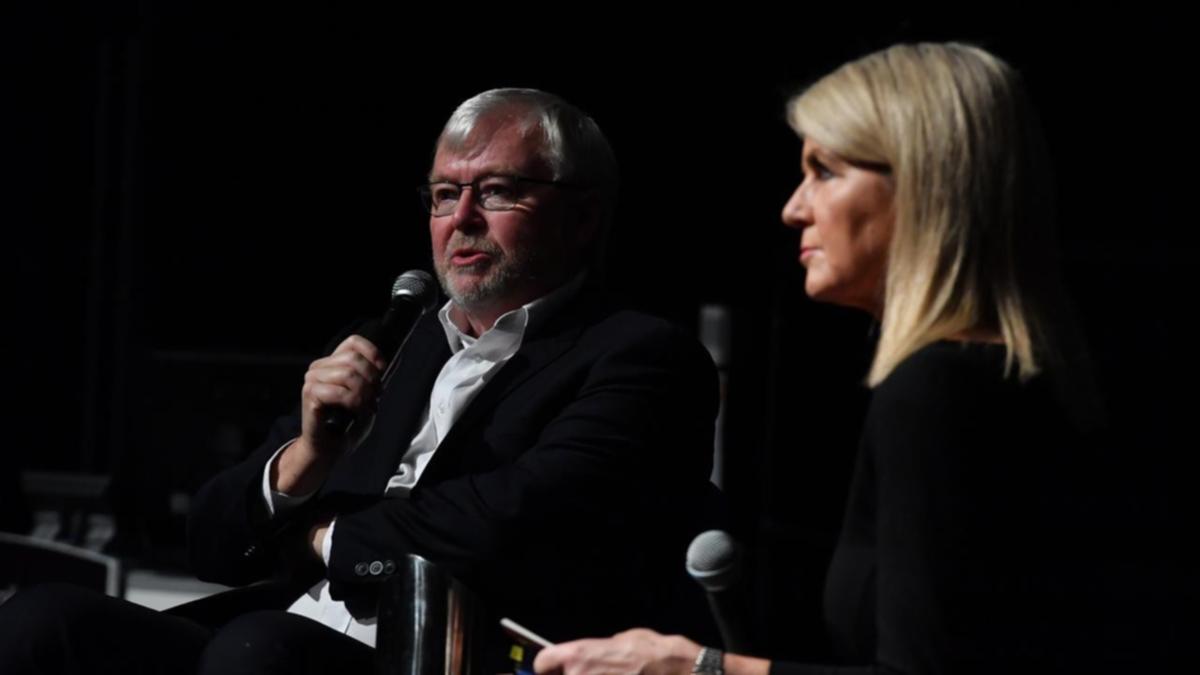 The secret nature of the pact means Australia isn’t able to get a holistic understanding of China’s intentions in the region, now ANU Chancellor Julie Bishop says.

“What we need to see is the detail in that Solomon Islands agreement because my fear is that China absolutely dominated those negotiations,” Ms Bishop said.

“If we were able to view that agreement, which I understand hasn’t even been to Solomon Islands parliament, we would have a better understanding of China’s intentions, aspirations and likely behaviour in the Pacific.”

Speaking alongside former prime minister Kevin Rudd to discuss his new book The Avoidable War which analyses potential conflict scenarios with China, Ms Bishop said Australian discourse had moved away from balancing a relationship with both China and the United States.

“There was a time when both sides of politics would say it is not a choice between the United States and China we don’t have to choose,” she said.

“I think that’s what’s missing now. That belief that you can manage these very challenging relationships. And you don’t have to choose to the extent that it appears we have done.”

Ms Bishop pointed to China’s response to Russia’s invasion of Ukraine, which details a longer term thinking within Beijing about how it manages its bilateral relationships.

“It’s been quite insightful that China is looking long term, thinking: ‘This is not just a black and white. We have to manage relationships, not only with the United States and the European Union but Russia’.”

Mr Rudd bemoaned protectionist policies, especially from Washington, as a handbrake on international engagement with the Pacific Islands.

“We have to crack the protectionist sentiment of Congress itself … which causes – in my view dishonestly – constituencies in various parts of regional rural America to think that if your protectionist somehow you’re going to save a whole bunch of local jobs,” he said.

“In fact, you’ll undermine America’s power in the world.”

A lack of conditionality from Chinese finance and investment in Pacific Island countries, as well as democracy and human rights, is also something Australia needs to overcome.

“The Chinese message to Pacific Island countries is we don’t care what your form of government is, whether it’s democratic, whether it’s military dictatorship,” he said.

“It represents a formidable challenge in terms of the message which has been put, reinforced by aid levels of which had been sustained.”

Diplomacy also needs to be conducted in a more nuanced way, with current jingoistic and nationalist rhetoric only pandering to a domestic audience, Mr Rudd added.

“(There’s) often an assumption on the part of certain politicians … the more you shout, and the more hair you stitch onto your chest in the morning, somehow the better your overall strategic circumstances with China and the United States might be.

“That’s just declaratory bullshit and it’s directed at the Australian domestic political audience. It’s not directed at the substance of an effective operational strategy of dealing with a real world challenge.”