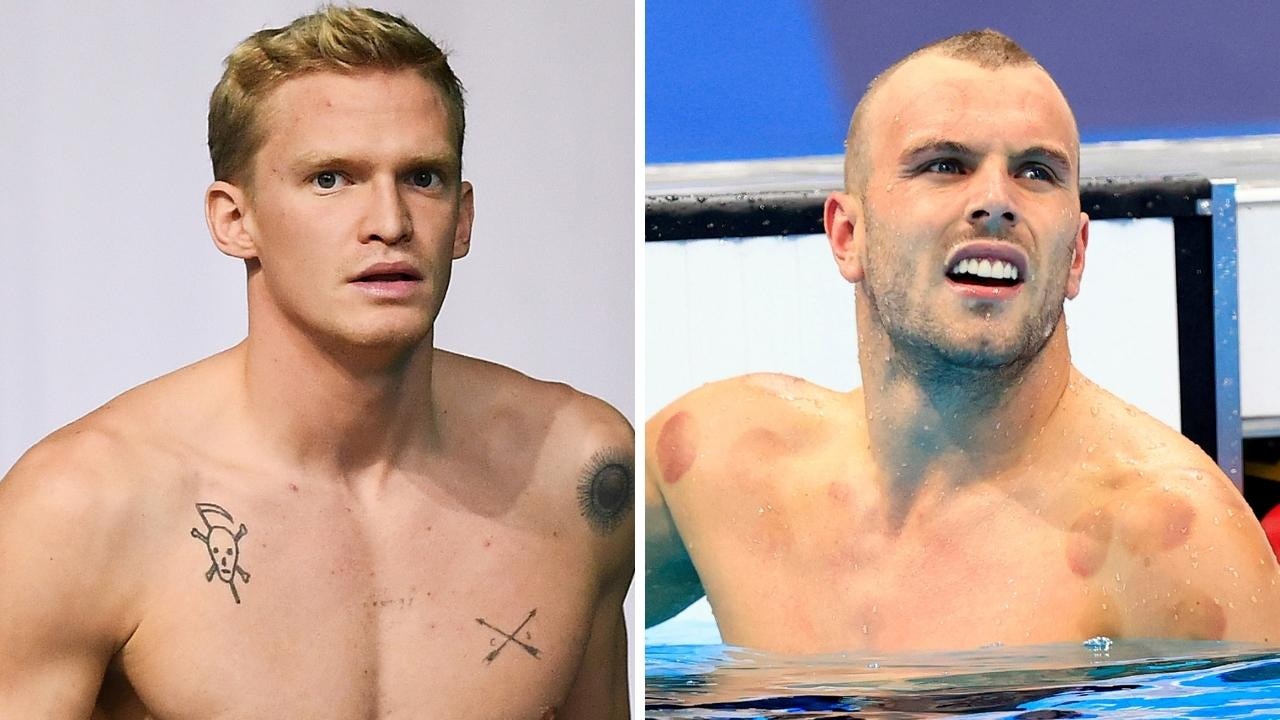 Cody Simpson has revealed a private conversation he had with Kyle Chalmers at the Australian Swimming Championships.

Cody Simpson has revealed Kyle Chalmers reached out to him to clear the air after the Aussie swimming champion’s sudden backflip on the world championships.

Chalmers on Thursday said he had reconsidered competing at the FINA World Championships in Budapest next month, having finishing second in the men’s 100m butterfly behind Matt Temple at the Australian Swimming Championships in Adelaide.

His decision to compete at the Budapest event means Simpson will likely miss out on a spot when the team is confirmed on Sunday. Simpson was the third-quickest qualifier in the men’s 100m fly and only the top two get a ticket to Hungary.

Simpson has still qualified for the Commonwealth Games in Birmingham, beginning July 28.

The rollercoaster has played out as rumours swirl about the pair’s relationship since it was revealed last week that Simpson is dating Aussie Olympic icon Emma McKeon.

Chalmers and McKeon previously dated and their relationship first became public in September.

Chalmers on Friday took a swipe at any suggestion his actions were in any way motivated by the so-called love triangle.

Chalmers earlier on Friday called the rumours “pathetic” in a radio interview.

He also took to Instagram to blast the Australian media.

Simpson has now spoken publicly about the unusual situation and revealed he has spoken with Chalmers since the South Australian announced his intention to backflip.

“He was cool, he sort of reached out and we sort of cleared the air about it. So it’s all good in that sense. I would sort of respect his decision either way.”

He said he learned the bad news not long after the 100m butterfly final.

“I sort of realised he’d changed his mind as he has every right to do obviously,” he said.

“He has the spot. I didn’t finish second, I finished third. So for him to have done that (finished second) especially with the limited prep he has had is pretty remarkable.”

Simpson said he was just thrilled to part of the emerging blockbuster butterfly rivalry between himself, Chalmers and Temple.

“It’s exciting to be a part of something like that,” he said.

“To have been one of those three guys for me is crazy already. I look at those two guys and even up until two days ago I thought, ‘God, they are so far ahead of me. I have so much work to do to even be in the running’.”

Chalmers on Friday described the speculation surrounding his position in the event and his personal relationships with McKeon and Simpson as a “nightmare”.

“I’ve sacrificed my body and given everything too (sic) my sport and country for the past decade,” Chalmers wrote on Instagram.

“If I knew this was going too (sic) be the reaction and the respect I get, I would’ve never entered the race.

“What was supposed too (sic) be an enjoyable new stimulus has turned into a unnecessary nightmare!

“I hope the media get the clicks they want, never forget athletes are humans like everyone else.”

He also re-posted a message he had received which included a swipe at the Aussie press.

“Australian media are a complete bunch of buttheads,” the message said.

Speaking to reporters after the race, Chalmers explained that he would make a final decision in the next couple of days after consulting his coach.