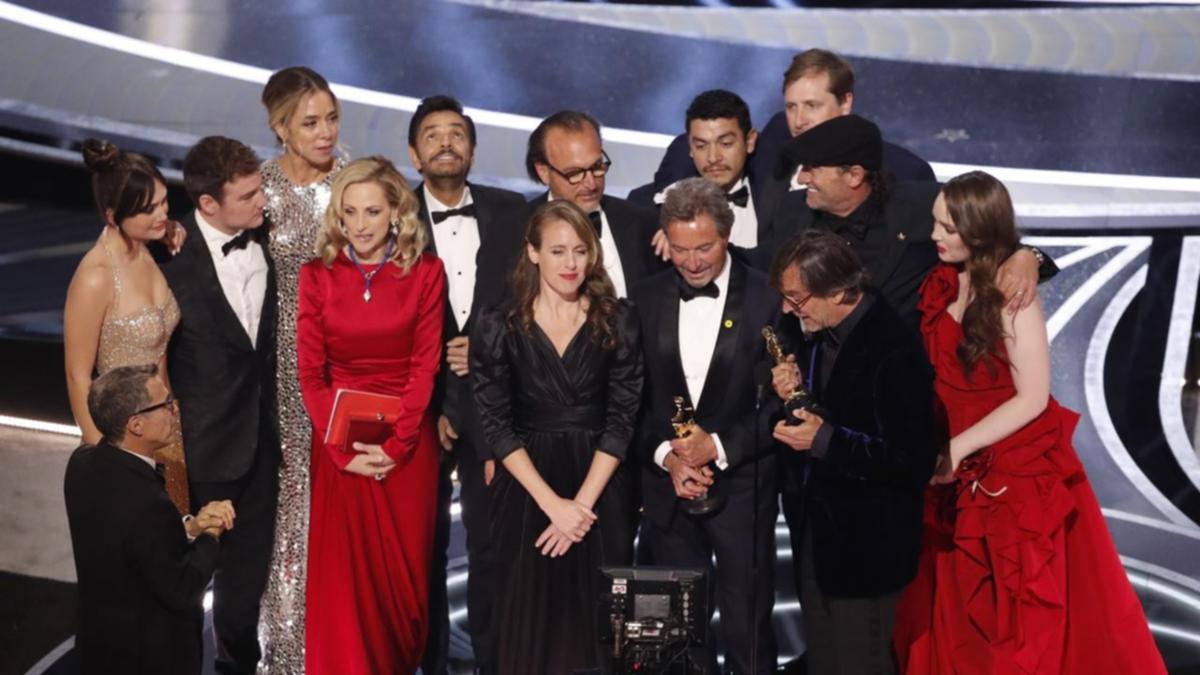 After a movie year often light on crowds, the Academy Awards has named an unabashed crowd-pleaser, the deaf family drama CODA, as best picture.

The decision handed Hollywood’s top award to a streaming service for the first time.

Sian Heder’s CODA, which premiered at a virtual Sundance Film Festival in winter 2021, started out as an underdog but gradually emerged as the Oscars’ feel-good favourite.

It also had one very deep-pocketed backer in Apple TV+, which scored its first best picture Academy Award on Sunday, less than three years after launching the service.

It also handed another near-miss defeat to Netflix, the veteran streamer that for years has tried vainly to score best picture. Its best chance, Jane Campion’s The Power of the Dog, came in with a leading 12 nominations.

But CODA rode a wave of goodwill driven by its cast including Marlee Matlin, Troy Kotsur and Daniel Durant.

It’s the first film with a largely deaf cast to win best picture.

CODA managed that despite being one of the least-nominated films with only three coming into Sunday.

Not since 1932’s Grand Hotel has a movie won best picture with fewer than four nods.