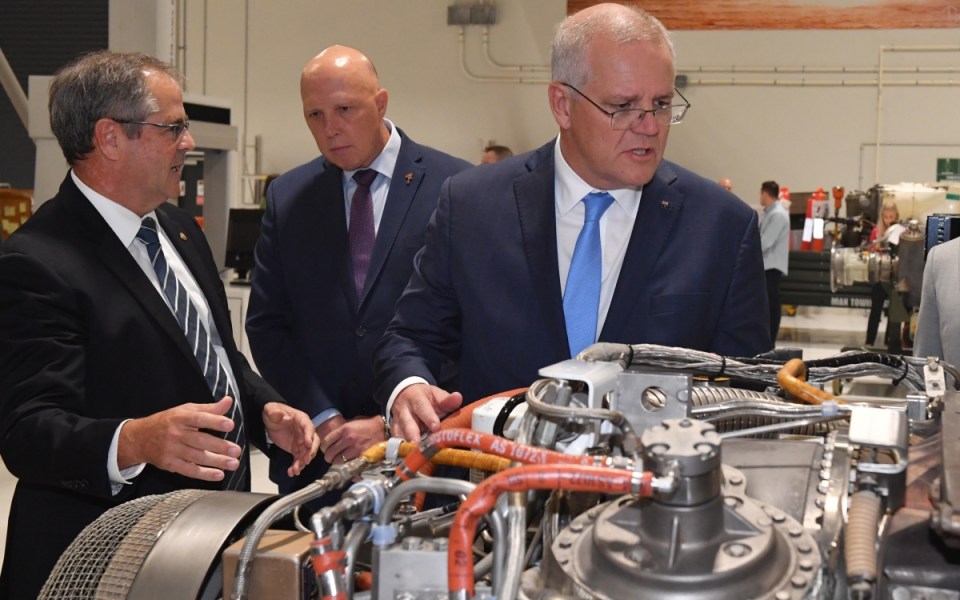 The Coalition has blasted deputy Labor leader Richard Marles as soft on China as it faced another day of accusations it dropped the ball on the Solomon Islands’ growing relationship with Beijing.

With Opposition Leader Anthony Albanese in isolation with COVID on Friday, Prime Minister Scott Morrison and Defence Minister Peter Dutton turned their attention to the rest of the Labor frontbench, amid growing criticism of the federal government’s handling of the Solomons’ controversial security deal with China.

Government ministers seized on a speech by Mr Marles in China in September 2019 in which said he was “very cognisant of the growing role that China was playing in providing development assistance in the Pacific”.

“Let me be crystal clear: That was and has been a good thing,” he told the Beijing Foreign Studies University.

“The Pacific needs help and Australia needs to welcome any country willing to provide it.

“Certainly the Pacific Island Countries themselves do.”

On Friday, Mr Dutton said he found the comments startling.

“It’s no wonder that when Richard Marles and Anthony Albanese and Penny Wong and others were sitting around the cabinet table with Julia Gillard and Kevin Rudd, they stripped money out of defence and they lost control of our borders. They don’t have the strength, frankly, to deal with the issues our country will face into the future.”

Mr Dutton also pologised for remarks in 2015 about seawater rising due to climate change, and water lapping at the doors of many Pacific Island residents.

“I made comments at the time which were, you know, off the cuff, flippant. I apologise for them,” he said.

“If Labor wants you to believe somehow that what has happened in the Indo-Pacific, with the Solomon Islands or elsewhere, is the fault of the Australian government, it just goes against all of the facts that are on the table,” he said.

However, Mr Morrison refused to say if he had spoken to Solomons Prime Minister Manasseh Sogavare since details of the landmark security pact with China were leaked earlier this week, citing national security. Quizzed on the campaign trail in Queensland about if that was because he had been told not to call, he again refused to answer.

“These are highly sensitive complex national security issues. And I know people would like to know all these things. But it’s not in the national interest for prime ministers to just give a running commentary about how decisions are made about these things,” he said.

Elsewhere, Labor hit back on Friday by digging up comments on China from Mr Morrison in 2017 and 2019.

“China provides a real stability to the region and frankly the world economy and stable growth from China is good news for Australia and the global economy,” he said at the time.

Earlier on Friday, Mr Morrison faced bruising encounters on the issue during a morning media blitz. On the Nine Network, Today host Karl Stefanovic accused the Coalition of “undercooking” concerns about the growing relationship between China and Australia’s Pacific Islands neighbour.

“Solomon Islands switched allegiances to China three years ago, that’s how long this has been coming. You undercooked this big time, didn’t you? It’s embarrassing,” Stefanovic said.

Mr Morrison brushed aside the criticism, and again dismissed fears of a military base in the Solomons.

Both Mr Dutton and Deputy Prime Minister Barnaby Joyce have claimed the deal with between Beijing and Honiara could lead to a military presence in the Solomons. Earlier this week, Mr Joyce warned Australia was at risk of having its “own little Cuba” off the coast.

“Are you seriously sitting here saying you do not believe that China is going to put a base on the Solomon Islands?” host Natalie Barr said.

“There’s no credible information that would suggest that outcome,” he said.

Mr Morrison also defended the decision to send Pacific Minister Zed Seselja to Honiara after it emerged the deal had been signed, rather than Foreign Minister Marise Payne.

“It starts with engagement … that’s where this government stuffed this up,” he said in Sydney.

Mr Clare said Mr Morrison was being contradicted by members of his own government.

“Barnaby Joyce is saying this is the Cuban missile crisis, you have one position from Scott Morrison, a totally different position from the deputy prime minister of Australia,” he said.

“We have seen what [China has] done in other parts of the world, these pressures are constant and have been there for years,” he said.