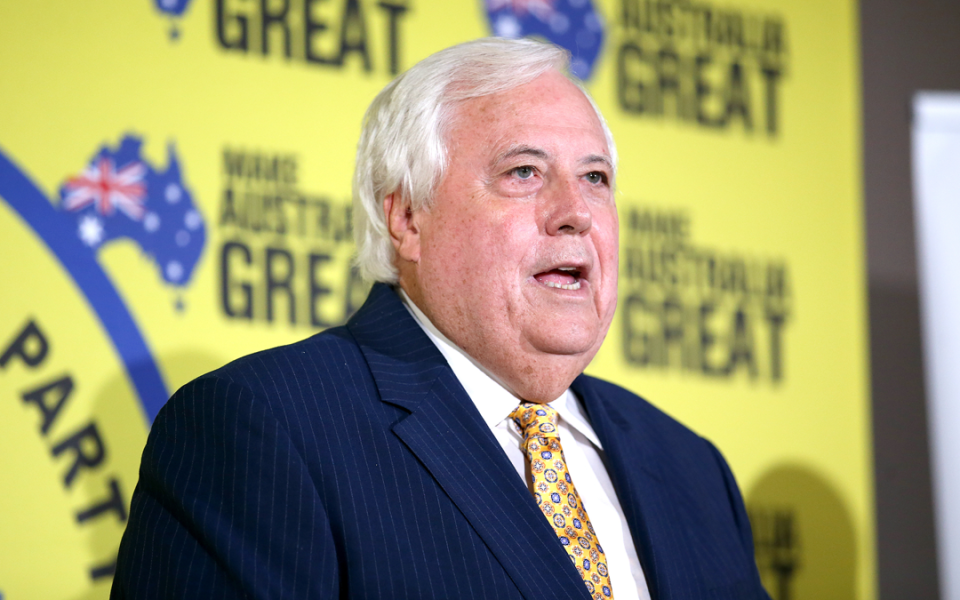 Billionaire businessman Clive Palmer has walked away from his surprise election pledge to favour the Greens over major parties, calling reports of his promise “fake news”.

Mr Palmer surprised the audience last week at an address to the National Press Club in Canberra, when he said his United Australia Party planned to preference the Greens ahead of Liberal and Labor in the Senate.

The comment led to speculation that the UAP was preparing to direct its preferences – about two-thirds of which flowed to the Coalition at the 2019 election – to the left side of politics.

However, Mr Palmer has backtracked on his shock pledge, saying his response was intended to be “tongue in cheek”.

“I made a tongue in cheek remark because I was responding to an ABC journalist that, like the ABC, I may preference the Greens before the others,” he said.

“The fact of the matter is the party executive has unanimously agreed that the Greens will be last.”

Mr Palmer described reports that the UAP would preference the Greens as “nothing more than fake news”.

“The comment has been taken wildly out of context and twisted by some media outlets. It is nothing more than fake news,” he said.

“The notion that United Australia Party would preference the Greens is as ludicrous as them giving preferences to us.”

Mr Palmer spoke to Today on Monday morning to reiterate that Liberal, Labor and Greens “would all be at the bottom of our ticket”.

“We won’t be giving any preferences at all … You only have to number six boxes, and we will give none to the Liberal, Labor and Greens because they are responsible for the mess that Australia is in.”

Mr Palmer told the NPC the UAP planned to spend $70 million on advertising during the federal election campaign.