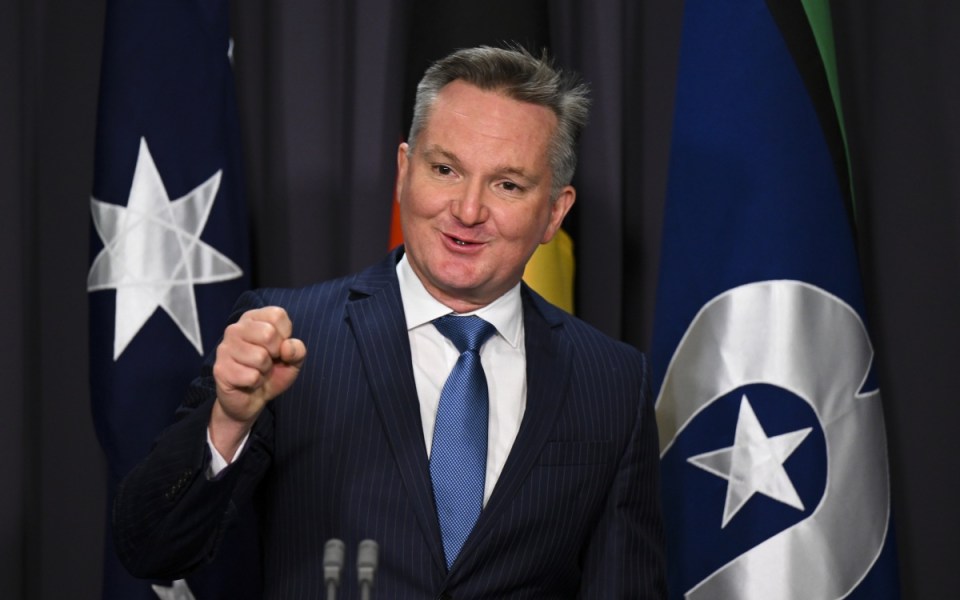 Climate Change Minister Chris Bowen says the government will not promise “nonsense” new coal or gas power stations, with renewables the focus of the climate bill set to be introduced to parliament.

The legislation will enshrine a 43 per cent target for emissions-reduction by 2030 – seen as a floor rather than a ceiling for future measures – along with net-zero by 2050.

Mr Bowen said negotiations remain ongoing to get the bill through parliament, but the government is focused on renewable energy.

“We are not going to go down the road of promising new coal and gas power stations,” Mr Bowen told the Nine Network on Wednesday.

“That is what the Liberals did, it was always nonsense … we don’t play that game. The future of new energy is almost exclusively building the renewable.”

The government will need the support of all 12 Greens plus one crossbencher in the Senate in order for the legislation, expected to be introduced on Wednesday, to pass the upper house.

Greens leader Adam Bandt had called on the government to legislate even higher emission targets, along with bringing a halt to new coal and gas projects.

Following negotiations over the bill, all future climate targets submitted to the United Nations would need to be higher than those previously committed to.

Targets would also need to be incorporated into the objectives of government agencies such as the Australian Regional Energy Agency and the Clean Energy Finance Corporation.

“There’s a bit to go yet,” Mr Bowen said of negotiations to allow the bill’s passage.

“I want to get it through the House of Representatives this fortnight and send it up to the Senate.”

“Those discussions have been based on our principles that we won’t be walking away from the things that we went to the people to seek a mandate for and got a mandate, like 43 per cent emissions reduction.”

However, negotiations have not been held with the coalition about supporting the climate bill, with Mr Bowen saying Opposition Leader Peter Dutton indicated he would not support the legislation.