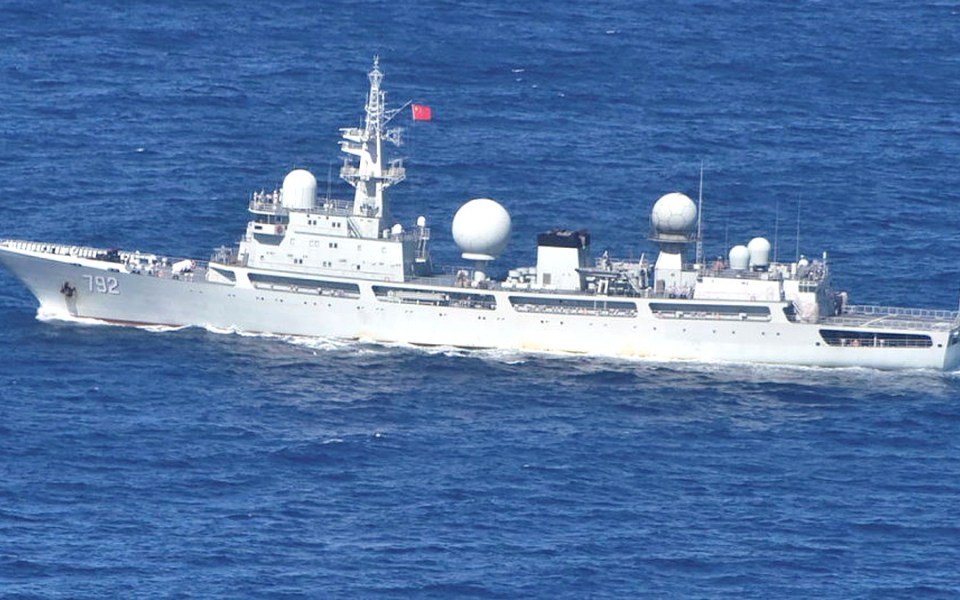 A Chinese warship has been tracked off the coast of Western Australian, Defence Minister Peter Dutton says.

Mr Dutton said the ship, which has intelligence gathering capabilities, had come into Australia’s exclusive economic zone and was “hugging the coastline”.

Speaking in Perth, Mr Dutton said the ship was sighted on Friday at 6am, about 250 nautical miles north-west of Broome.

“It is unusual in terms of the way in which it has come so far south, and the way it’s hugging the coastline as it heads up in the direction of Darwin,” he said.

“It is an aggressive act particularly because it has come so far south – for it to come south of Exmouth is without precedent.”

The ship was being tracked over the past week, but Mr Dutton did not state when he was first alerted to the vessel’s presence.

The Department of Defence confirmed the ship was a Dongdiao class auxiliary intelligence ship called Haiwangxing (Neptune). It was also spotted off the Australian coast in 2021, spending three weeks in the region.

This week, the ship has travelled down WA’s west coast towards Exmouth before tracking east along the north-west coast.

“Australia respects the right of all states to exercise freedom of navigation and overflight in international waters and airspace, just as we expect others to respect our right to do the same,” a defence spokesman said.

“Defence will continue to monitor the ship’s operation in our maritime approaches.”

Despite the timing of the announcement eight days out from the federal election, Mr Dutton said it had nothing to do with the campaign.

“We’ve had vessels in our waters this year and we’ve made the public aware of those,” he said.

In 2019, another vessel was tracked by the Australian Defence Force as it arrived off the Queensland coast to monitor joint military exercises between Australia, Japan and the US.

That ship reached Australia’s “exclusive economic zone” in the Coral Sea, but remained outside territorial waters.