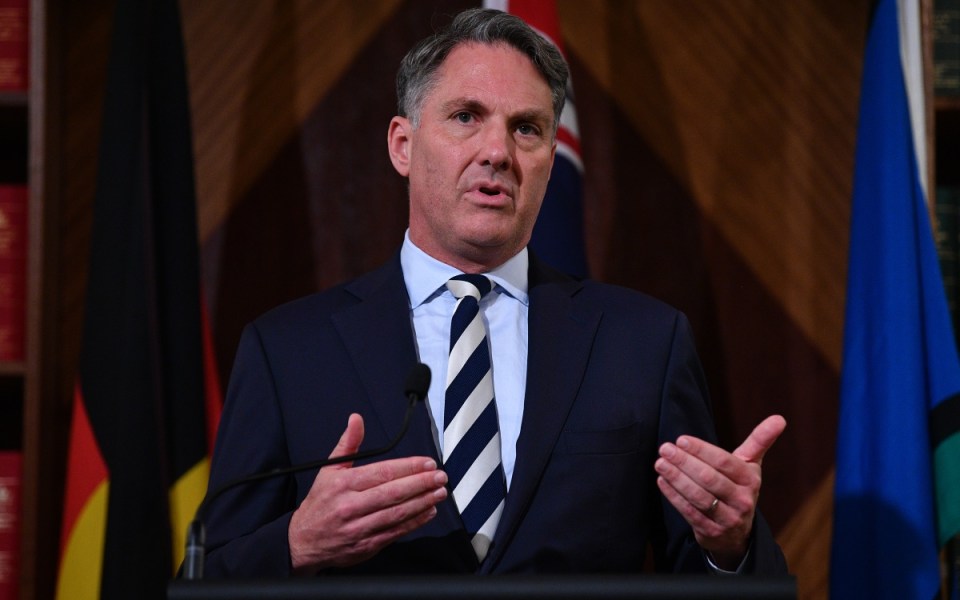 Mr Marles, who is also the defence minister, reaffirmed the call for calm and de-escalation amid the security crisis in the Taiwan Strait, but warned of the deteriorating environment.

“We’re completely aware of the military build up that China has engaged in and …it’s not been done in a way which gives any sense of reassurance to its neighbours in the region,” he told ABC radio on Tuesday.

“It’s of enormous concern. It is the single biggest factor which shapes the strategic environment of our region, arguably the world.

“It’s certainly one of the key facts in shaping Australia’s strategic circumstances and that’s why we need to make sure that we are building a defence force which is as capable as possible, which is as potent as possible so that we can keep Australians safe.”

Mr Marles told reporters in Brisbane the world would “breathe a sigh of relief” as soon as the tensions reduced.

Beijing has fired 11 ballistic missiles towards Taiwan, and has carried out simulated attacks following the US House Speaker Nancy Pelosi’s visit to the island.

Asked if China was changing the status quo in the region, which both Australia and the US have said should not change unilaterally, Mr Marles sidestepped the question.

“The evolution of the situation across the Taiwan Strait in our view ought to be the result of a peaceful dialogue,” he said.

On Australia’s acquisition of nuclear-powered submarines under the AUKUS security pact, Mr Marles said he was “open” to options which included the boats not being built in Australia, but reaffirmed the need for a local industrial base.

The submarines are not expected to arrive until about 2040 at the earliest, with the current Collins class fleet due to be retired, raising fears the defence force may experience a capability gap.

It comes as Australia and the United States are working in lock step to ensure stability amid the growing influence of China in the Indo-Pacific region, the US Deputy Secretary of State said.

Wendy Sherman met with Foreign Minister Penny Wong on Monday to discuss the two nations’ support of a free and open Indo-Pacific while also deepening their economic engagement in the region.

A shared commitment to the rules-based order is the basis for the “extraordinary alliance” between Australia and the United States, Ms Sherman said.

“Out of (World War II) we built a rules-based international order that allowed all countries to play by the same set of rules, a UN charter that everyone signed up to, a Universal Declaration of Human Rights that everybody signed up to,” she told the ABC’s 7.30 on Monday.

“That has served the world well, we should not leave it behind (and) we need to plan for the future based on those fundamental values.”

Senator Wong and Ms Sherman also discussed China’s military exercises in the Taiwan Strait in response to a visit by US House Speaker Nancy Pelosi to the island nation last week.

She would not reveal whether the US government would consider leasing nuclear submarines to Australia to fill the capability gap.