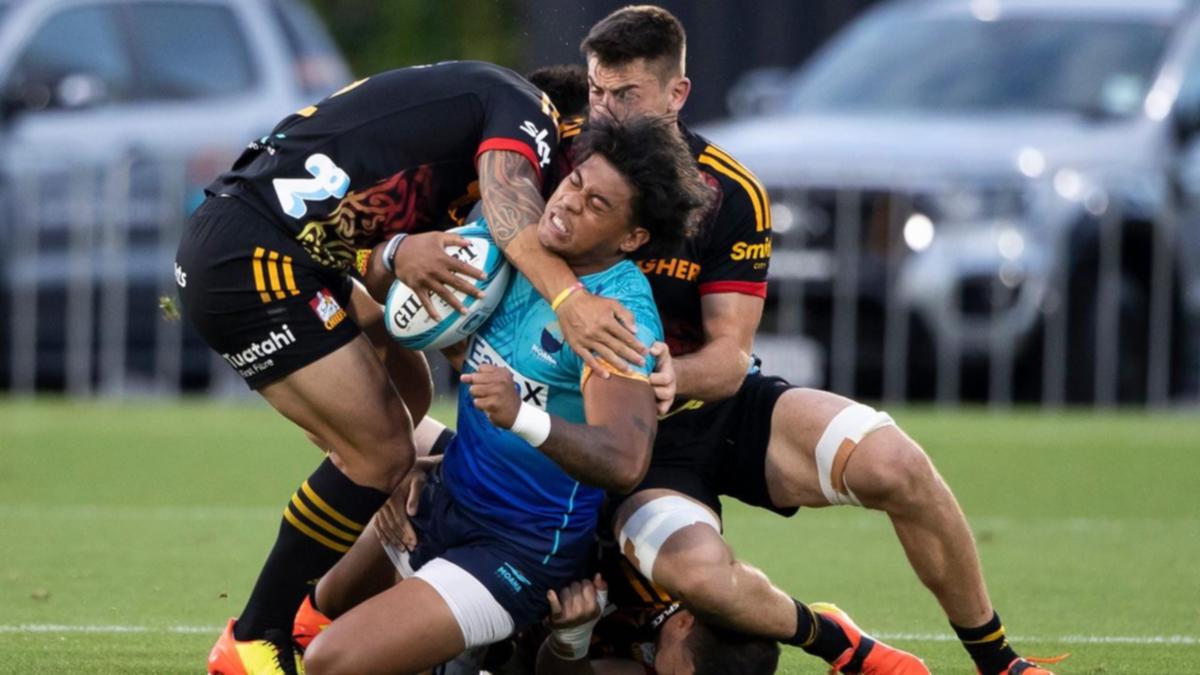 Nankivell’s tries came in the 37th minute of the first half and 10th minute of the second, astride a try for Moana Pasifika which might have been a start of their resurgence in Hamilton, New Zealand, on Saturday.

His second try snuffed out that comeback, allowing the Chiefs (5-3) to expand their lead to 31-12 and they eased to victory with the help of Nanai-Seturo’s second try.

Captain Luke Jacobson scored the Chiefs’ first try and Rivez Reihana their last as they scored six tries to two.

Moana Pasifika (1-7) have played six games in three weeks as they made up for matches postponed early in the season due to COVID-19.

That created a massive test of their depth in their debut Super Rugby season and they came through well, picking up their first-ever win at the expense of the Hurricanes.

“We knew Moana were going to come out firing. They’re a very physical team,” Jacobson said. “They’ve won a lot of respect in this tournament.

Jacobson scored the opening try in the 11th minute from a lineout error by Moana Pasifika. He peeled from the subsequent scrum and dived over.

Nanai-Seturo’s first came in the 14th minute, again from a lineout, when Gatland was left in space and was able to work the ball to his flank.

Anzelo Tuitavuki drove through Shaun Stevenson’s tackle for Moana Pasifika’s first try in the 19th minute but Nankivell’s first try allowed the Chiefs to go to halftime with a 24-5 lead.

A try by Solomone Kata in the fourth minute of the second half brought Moana Pasifika back into the match at 24-12 but Nankivell’s second re-established the Chiefs’ advantage.