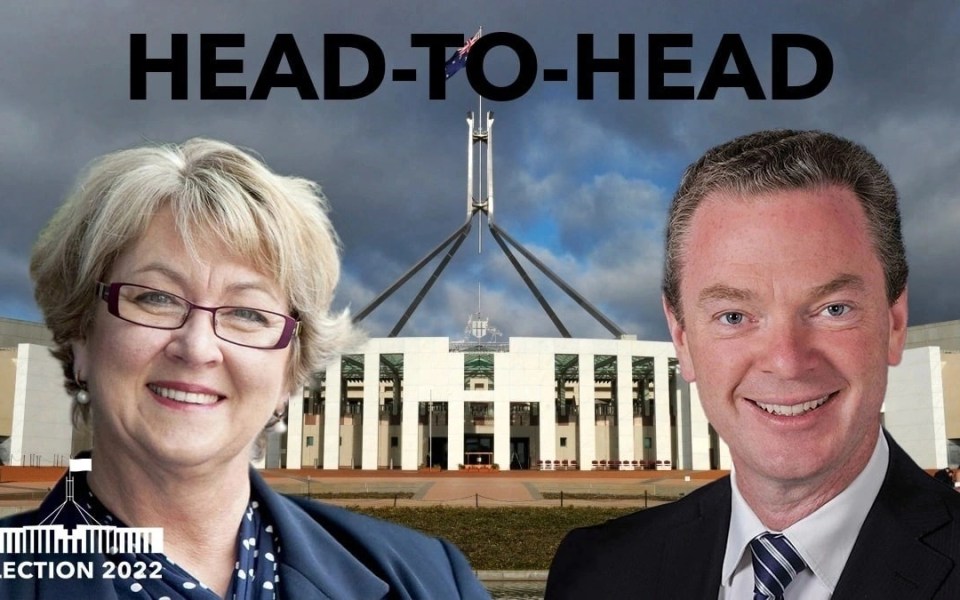 Every week until election day, we’ll be asking them to analyse current events and offer insights into life on the campaign trail.

The past week’s debate was called performative and policy free. Is that fair? Who’s to blame?

Why is nobody prepared to chance their arm on policy issues anymore?

One big part of the reason is the Murdoch media. Look at their reports on the issue of when Labor is going to release its policy costings.

They overlook the fact that Morrison and co. have released their costings very late in the last two campaigns. But Labor, which has released some of its costings, is not going to publish the whole lot any earlier than it needs to.

Because reporting on them will lie about issues, beat up stories and distort the facts.

We have landed on policy-light, centrist politics because of two forces; it’s a bit of a pincer movement. Journalists are looking for gaffes and gotchas, so nobody wants to say anything much. But there’s also the risk of crossing the Murdoch agenda which is so widely disseminated. Politicians have learned the lessons of the past.

The one story that’s come out of this campaign that wasn’t expected was the public focus and the public scrutiny on the behaviour of the media covering the campaign.

And I think that’s been a very refreshing, and let’s hope, scrutiny that will bring about more positive change, because I think after that controversy (about using ‘gotcha questions) really hit its peak we started seeing some journalists pay more attention to the big issues rather than the gotchas.

As early voting surges this election, isn’t it time to admit that the days of the pitched election campaign are over?

The best possible reinvention of the current election format would involve a government standing on their record while we were left alone to cast our votes with no need for a six-week charade.

If you look at the questions journalists ask at press conferences on the campaign, very few of them, if any, ever have anything to do with the announcement that has just been made. You must ask yourself: what is the point of all of this spending?

If we could ever see the end of this complete waste of time and money, I would be cheering.

France has some interesting ways of regulating their campaigns. One of them is for posters and corflutes: they may be displayed only in very specific parts of the street, on metal billboards only to display election advertising. You just don’t have the political advertising we do here, or the visual pollution of billboards. It is a very civilised approach.

The Prime Minister launched a fierce attack on wages based on a very complicated point of economics. Will anyone pay attention, or could it backfire?

He could only ever have gone backwards with this attack. Who was going to be persuaded?

The irony is that Morrison ended up wedging himself on the issue by seeming to argue for lower wages.

Most people have not been thinking about wages in terms of their effect on economic growth. And most of the public do not make any distinction between a policy, a platform and a leader’s expression of their own opinion which was required knowledge to understand this story. It’s too esoteric.

So why are we  spending so much time on the issue? We’ve come to maybe the ninth year of election campaigns being hostage to the worst of Murdoch News Corp agendas. And that’s very sad for us, but hopefully the yoke can be thrown off.

I think our public education is pretty poor on civics but especially about how politics really works.

I only learned the most important details of the relationships between media and politicians once I was elected and walking around the press gallery. There is a context and finely-embedded details like the way journalists will be given exclusive stories from the government in exchange for agreeing to conditions about how they can report the issues. People looking on just don’t realise.

I just hope Labor won’t go and play the same games. I’m not a fan of changing sides and just doing it all again.

Polls have this week called the election to an unusually high level of detail. Should we pay attention?

A lot of the coverage of the polls and the focus on Labor forming a majority government has been about declaring one party the “underdog”. That this is an advantage goes to something deep in our psyche; we seem to identify with whoever seems like they are fighting harder. But my deepest cynicism says that this is all to herd the strays back and try to push people to rethink their vote.

What we don’t know about the election is how Morrison’s strategy of narrowcasting messages is playing with undecided voters.

He has quite a lot of lines only designed to be heard by a certain audience. There’s some very simplistic, evocative and blokey imagery in the message on good economic management and the risk of Albanese having his hand in the till. He also seems to hope to squeak over the line in some of those Western Sydney seats based on his revival of the Religious Discrimination Bill.

Then there’s the anti trans remarks by Katherine Deves that seem to keep resurfacing. A lot of people aren’t across the complexity of those issues. But there should be enough out there who notice the kids and parents among them having to grapple with a question like: Am I in the wrong body? They have a sense of what that might involve.

Morrison is, of course, appealing to those who see in black and white, who are going to vote for him anyway.

The past week’s debate was called performative and policy free. Is that fair? Who’s to blame?

We’ve had a debate about national security with the Solomon Islands and China and we’re having a debate about who’s better to manage the budget, and inflation and cost of living and interest rates.

I wouldn’t say the election was devoid of major issues. But after nine years, a lot of people have made up their mind about whether they want the government re-elected. I don’t think that the electorate can feel the hot breath of competition that usually makes them tune in.

The policy environment says a lot about the fact that Labor is desperate to win because they’ve lost the last three elections. It’s a small-target campaign, after a gigantic target campaign in 2019. Anthony is absolutely throwing the kitchen sink at being electable. Saying this week that he supports a wage rise of 5.1 per cent was a classic thing you can say in opposition because it’s completely unimplementable.

To me, on the outside, it’ll be interesting if Anthony wins the election, whether the realities of actually being the Prime Minister and in government change his approach.

The Prime Minister launched a fierce attack on wages based on a very complicated point of economics. Will anyone pay attention, or could it backfire?

I wouldn’t describe it as a huge blunder. It’s like being in a game of chess and you have to choose between whether you lose your rook or your bishop.

If the government agreed with Anthony Albanese on wages they would have lost out due to a perception they lacked economic credibility. Instead, they argued about the dangers of the wage price spiral. They were there in something of a bad situation. I suppose that was well played on Labor’s part.

But the fundamental point is that even if Albanese becomes the Prime Minister, there’s absolutely zero he can do about the Fair Work Commission’s decisions with respect to wages. So he could not lose on this issue.

He’s not trying to win an election on his economic credibility. He’s trying to win on being the person who thinks people should get higher wages. I’m yet to meet an Australian who doesn’t think their wages should be higher.

As early voting surges this election, isn’t it time to admit that the days of the pitched election campaign are over?

Early voting is hardly new. But the more Australians realise that they can and have the power to choose to vote early, the more will do so. COVID has made it a more compelling choice this election.

It means a campaign can’t leave its big bang announcements that are going to shift the dial to the last four or five days, as was done in the old days. You used to try to dominate the last week with a big sort of tax cut. You need those out early now.

But the campaign will still matter. Campaigns create a sense of moment about changing the country and that gets people thinking.

I served with many different leaders going into elections, but John Howard was the most capable of picking out the path to victory.

Before the 2004 election we had lost a series of by-elections. Most of us thought the government was doomed and started preparing for defeat. But John Howard sat down and worked out the things that were making us lose. And then he basically just threw them overboard without much sentimentality.

He was capable of shifting to meet the circumstances of the battlefield, which is what any good general has to do. History is littered with great men and women with great ideas who never got to implement any of them because they had never got into government.

Polls have this week called the election to an unusually high level of detail. Should we pay attention?

Polls are not often right. Everyone I’m speaking to across all the parties is telling me that the national polls are not reflective of their polling. The contest is much tighter.

But I do think that in the last week the public have lost interest.The air has gone out of the balloon a bit. There had been a lot of buzz on whether Morrison could claw back the Labor Party lead. But I think the inflation figure and the latest [opinion poll on] Monday deflated the Coalition campaign.

The government must now shake up enough people about the fact that with the change of government there will be a change to the nation.

And on the campaign teams people will be exhausted. And they will be thinking ‘put faith in the plan’. It’s unlikely that they’d be trying anything particularly new in the last 10 days. The campaign is really set now. Nothing much can be done. All you can do is just work your butt off and hope for the best.