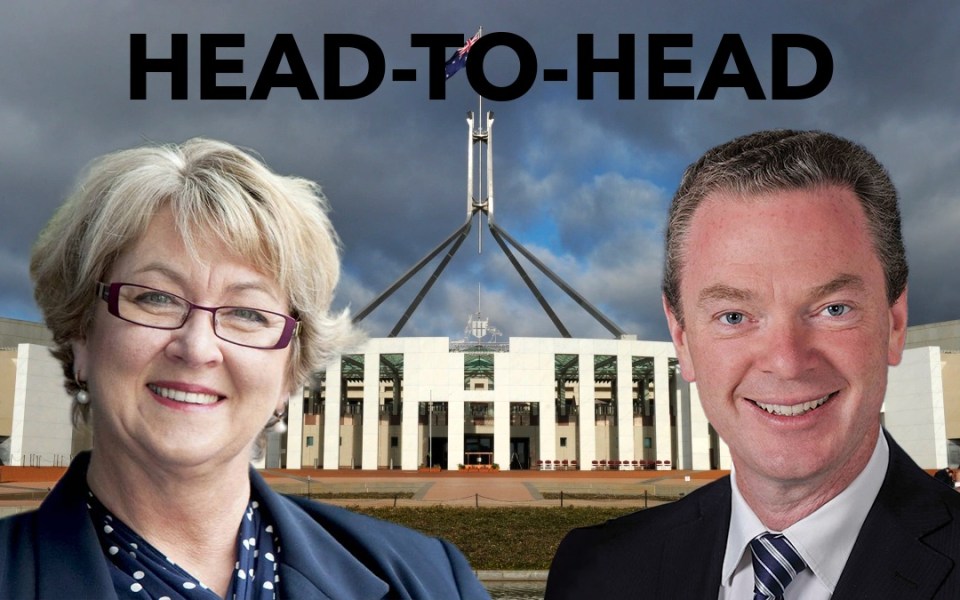 Every week until election day, we’ll be asking them to analyse current events and offer insights into life on the campaign trial.

What can we say campaign journalism does for politics?

We’ve seen a really interesting example of how one question [about the unemployment rate] was beaten up over a week.

One Resolve Political Monitor poll came out and the narrative was: ‘We were right – this is really important and we have affected the progress of the campaign’. It seemed like a little self-fulfilling game. Then the Newspoll came out and they put a spike in the issue.

Morrison palms off questions without answers so regularly. He’s so sneaky with these words, truly, it just rolls off his tongue. He doesn’t have to think about it.

It seems quite surreal that you would volunteer to go on a bus not knowing where you’re going, being given only minimal information and accepting these terms of engagement knowing that you might get one question depending on the queue.

Even then, many are bowling up fairly innocuous questions.

They might have asked on Thursday why he’s so touchy about Mr Albanese speaking about national security. Morrison was really, really, really in overdrive about being the subject of comparisons with Anthony Albanese because he had only been on the National Security Council three months while [Morrison] had chaired it.

No questions about his attack or own record in government.

Once you submit yourself to that circus of crisscrossing the country and getting 20 minutes a day to ask questions, the whole election is seen as hinging on what happens on the campaign.

This is where the ridiculousness comes home. What have we been doing for three years? How come you can wipe out three years? I find that disconnect extraordinary.

I’d like to see it change. And I think Wednesday night’s debate showed nobody from an audience of undecided voters asked those kinds of questions. They asked questions that were closer to their own heart. They were about policy issues that really affect people’s lives. Meaningful things. Changes to the NDIS, struggling sole traders, housing affordability.

Your Senate campaigns won a strong personal vote or first-preferences. How do you talk someone into giving you their vote?

On-the-ground campaigns can make a difference. I can’t remember how many times somebody said: “You’re the first politician that’s ever knocked on my door”. I always got the impression that people gave you a brownie point for being willing to be out there.

I’d introduce myself as the candidate. And say they wouldn’t see much about me in the newspaper, because we don’t get a lot of coverage. I’m just taking the time after I finish work each day to come and knock on a few doors.

I still think door knocking is important. And that’s why people are still doing it. People think: They bothered to walk up my street.

Mr Morrison is in trouble over his candidate for Warringah. What is he playing at?

I think everybody’s come to the conclusion that [Katherine Deves, an activist who made anti-trans statements online] is expendable in Warringah because they’re not going to win it back. He’s just using her as fodder for his base elsewhere, particularly, maybe some conservative women. Men as well, but he’s already got a lot of those.

It’s women he needs to win back with policy. Polling, I think, tells him, I can afford to do this. Whether he’ll be proven right, I have no idea. But to double down on it the way he is suggests it’s a deliberate tactic.

Parties look at polling data every day. They have access to things we’ll never see.

People say Scott Morrison is a sophisticated campaigner. What is his strategy and his appeal?

Morrison has been campaigning since he was last elected. He’s campaigning every single day. He used taxpayers’ money before this election while overtly campaigning with candidates. That’s their strategy, to turn governing into constant campaigning.

If you have to dress up and pretend to be different people like the daggy dad building a chicken coop, then you don’t know who you really are.

Right down to the lighting in that first ad released on the eve of the election, every bit of it is crafted; everything he wears; every backdrop.

People, in my experience, like to think that you, as a politician, are one of them but also set apart. So you can talk to them and you can do daggy things like they do, or horse around at trying out their job, that makes you one of them. But in the end, they still want you to be a leader.

People want to see you behave like a leader. The dag stuff is working with some undecideds who just don’t care about the policies. But it just annoys the hell out of us who are paying attention.

We want more than someone doing dress-ups as Prime Minister. Women, in particular, see through this. Who is Morrison? I don’t discern a core.

Most voters have decided who they will vote for long before the election begins. Others will wait until closer to polling day. Does this part of the campaign matter?

Once an election is called it becomes a whole different ball game.

Before then, the media’s main job is holding the government to account. The opposition has very little scrutiny because the media doesn’t really care. That’s one of the depressing things about being in opposition: Irrelevancy.

Now the opposition’s policies, capabilities and competence are just as important. Everybody’s on the same level.

It’s the same with voters. The Australian national sport is grumbling about the government. That’s a given. It’s after the campaign starts that voters start to think about the issues.

That is how people go into elections with everyone saying they are going to lose only to win.

Scott Morrison is often praised for his ability to keep on message. What is his message? Can you summarise it?

Scott Morrison would not allow whatever the detritus of the day in the media was to distract him from his central message. Even when there were scandals breaking on the Labor side he never commented.

The central campaign message is always distillable and very straightforward: The Liberals are good at running the economy and you can trust them with national security. If those are the two issues that the Australian voter decides are their reasons for voting then the Coalition has got to be in with a very strong chance. If Labor can distract from that with campaigns on Medicare and a cashless debit card, they will.

After nine years in government it’s going to be difficult for the Prime Minister to win as the underdog. If he does, it’ll be because of his focus.

Are gotcha questions crowding out deeper scrutiny? Does the media do a better job when on the campaign trail?

I’ve not always given magnificent interviews. The ‘fixer’ interview on Sky won [David Speers] a Walkley because it was so bad. Even the most practised politicians and media performers don’t always get it right. But I don’t think anybody could say that this was a kind of arcane specific question designed to trip [Anthony Albanese] up. He should have known the unemployment rate.

If I didn’t know the answer, I would have dissembled and said: “I’m not going to play those silly gotcha games.”

These moments can be pivotal. Last election, Jonathan Lea’s question to Bill Shorten about his climate policy became something of a runaway train. It was a significant factor in his defeat. He kept getting asked specific questions and it solidified an idea: Bill’s not ready to be Prime Minister.

How can a campaign stop its opposition from defining it?

Being the Coalition campaign spokesman is tremendously good fun. You only have one purpose: Distil the message for the day and then go out and sell that message to as many of the media outlets as you can get your dial onto and start cleaning up problems.

The terrifying moments for a campaign spokesman are when you have been asked a question completely from left field. It’s a kind of frozen moment. You have to have an answer.

You can’t have half a dozen different voices trying to say the same thing. Even if they try not to, they still have nuances in phrasing. In a campaign, the opposition and the media are looking for nuances. One spokesman will hopefully say the same thing over and over.

Disunity has emerged on both sides. How potent is it politically?

For Anthony Albanese’s own people to bag him, off the record, in the Sunday papers after just seven days was just extraordinary. Those talking to the papers don’t want Anthony to win but to be the beneficiaries of a Labor loss.

It can be just as bad on the Coalition side.

In my book, The Insider, I outline graphically how much the Liberal Party was at war with itself, especially in the opposition period of 2007 to 2010, when Tony Abbott became leader. It was the shared desire to get into government that brought the conservative and liberal sides to paper over their animosities.

After nine years of opposition, you would think Labor would be more desperate than we were.

Note: Interview answers have been edited for length and clarity