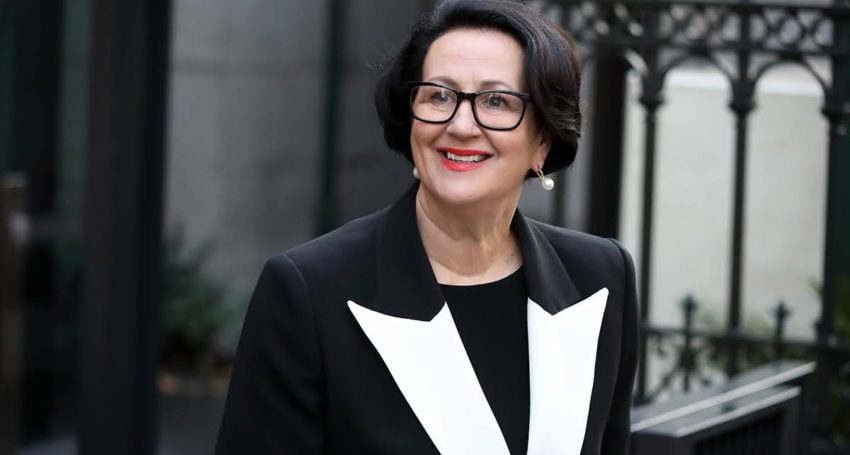 Chapman was not present in the House for the historic vote, which saw a 23-22 majority of MPs in the 47-seat parliament vote to suspend her for the equivalent of two sitting weeks.

“The Attorney-General has been suspended form the House for six days,” said Speaker Dan Cregan, directing that today marked the first of those days and directing parliament’s Sergeant-at-Arms to convey a copy of the decision to Chapman.

Cregan was not called upon to vote, with crossbenchers Sam Duluk, Troy Bell, Geoff Brock and Frances Bedford backing Labor against Chapman, while exiled Liberal Fraser Ellis voted with the Government.

The Attorney-General-in-exile did not vote, and she did not speak against the motion in her defence – but no explanation was given for her absence.

Chapman made a short but defiant statement to media at a press conference held not at parliament but across the road from the State Administration building on Flinders St.

“My view is well-known in relation to the select committee of inquiry and its alleged finding of facts, and that’s a matter the substance of which is now being considered by the Ombudsman – I welcome that and I’ll be continuing the legal work to prepare for that inquiry.

“And so I will of course otherwise see you all at the election, and of course proceed with the preparations for that campaign… so thank-you very much for your attendance and I look forward to seeing you during the campaign.”

She then left without taking questions.

Chapman has been under intense pressure since a parliamentary inquiry found she had a real and perceived conflict of interest as Planning Minister when she vetoed a $40 million project on her native Kangaroo Island.

The island’s mayor, Michael Pengilly – a former Liberal MP – tweeted after the vote that the decision was a “disgrace” and a “low moment for the SA parliament”.

What a disgrace. A low moment for the SA Parliament https://t.co/M5PL2ZLDCx

The committee’s report – which was not backed by its two Liberal members but supported by ex-Liberal crossbencher Sam Duluk – also found Chapman had misled parliament and breached the ministerial code of conduct.

She later stood down as Deputy Premier and initially “stepped aside” from her ministries.

She has since given up the portfolios of Planning and Local Government altogether, but remains as Attorney-General, albeit without acting in the role pending the outcome of an Ombudsman’s inquiry resulting from the committee report.

However, her refusal to resign the ministry prompted Labor, backed by a majority of crossbenchers, to push ahead with a matter of privilege against her, based on the committee’s finding that she misled parliament on three separate occasions about the impact of the proposed development on her land holdings on the island.

Labor MP Andrea Michaels, who chaired the committee, moved a motion seeking a six day suspension – two days for each finding of misleading the house.

She said it was “bitterly disappointing that the Attorney continues to be so defiant in the face of all evidence to the committee that she is putting the House in this position”.

But Education Minister John Gardner called the push a “nasty, personal, vindictive motion…  born of malice that should be disregarded by this parliament”.

Labor committee member Tom Koutsantonis said today’s vote would have been unnecessary if Chapman had resigned from the ministry, which is the “appropriate convention” for losing a vote of no confidence in the lower house.

“Had she resigned, that is sufficient punishment,” he said.

“[But] if a parliamentarian can deliberately mislead this parliament and get away with it, our representative democracy crumbles.”