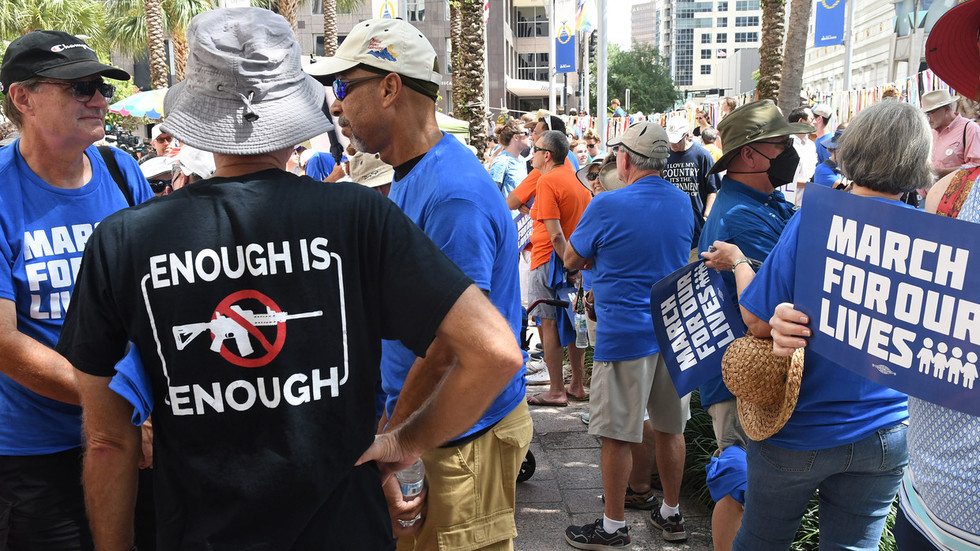 A massive gun control rally at the National Mall in Washington briefly turned into a stampede on Saturday.

Videos from the scene show people standing and sitting on the park’s lawn.

The crowd suddenly begins to scatter in panic, with some desperately climbing and jumping over the metal security fence.

“Do not run! Please, do not run! There is no issue here!” the speaker at the event says.

Local media quoted police as saying the incident started after a man shouted “I am the gun” near the stage and threw an unidentified object.

The man was detained, and no weapons were found. His identity has not been revealed.

Another angle of the near stampede on the National Mall at the pro-gun control rally (March for Our Lives) following a false alarm about a shooter. Video by @TaraPoAm: pic.twitter.com/VS5tnM0QO6

At least 50,000 people were expected to attend the DC rally, according to a permit for the event.


Similar rallies took place in other cities across the US on Saturday. The participants demanded stricter gun laws in the wake of a series of deadly mass shootings.

On May 14, a gunman killed 10 people in a supermarket in Buffalo, New York. The shooter reportedly published a manifesto riddled with racist and anti-Semitic statements.