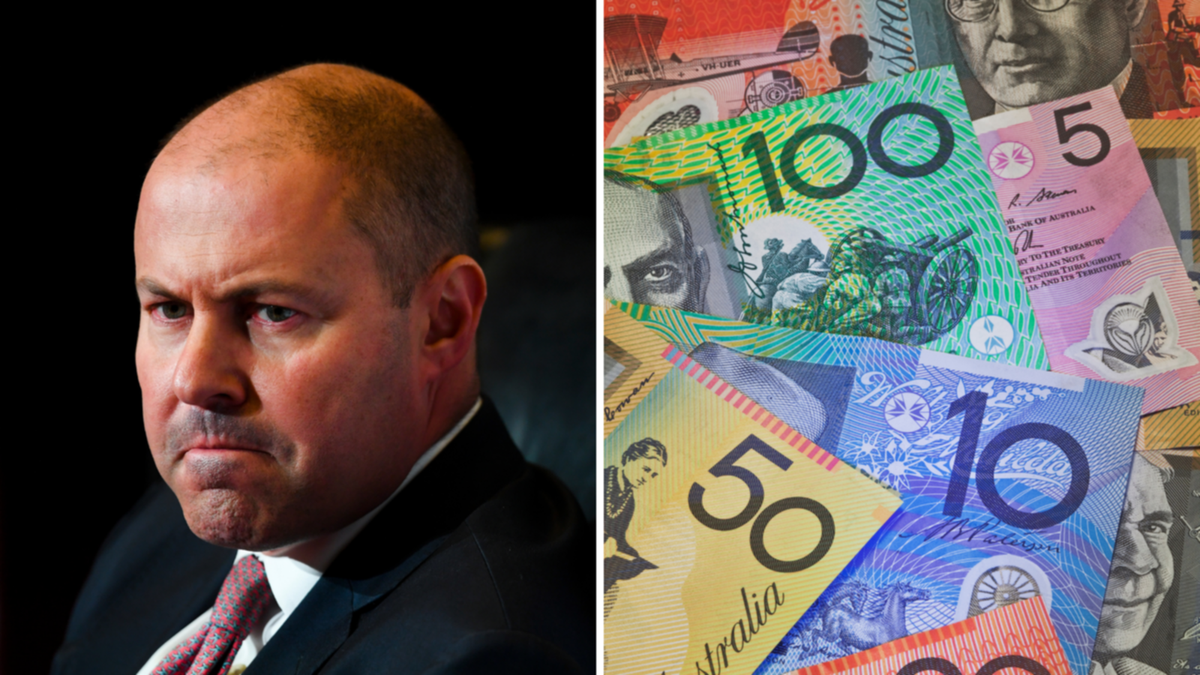 Australian workers could soon receive a one-off payment to help soften the impact of the rising cost of living as part of a pre-election sweetener by the Federal Government.

Record petrol prices and the rising cost of living are putting the pressure on households struggling to make ends meet.

Watch more in the video above

But as Australians gear up to vote in the next election, the government has hinted at a cash boost to help ease pressures for Australians.

Treasurer Josh Frydenberg has promised the upcoming Federal budget in March will provide ‘some relief’ for Australian families struggling with the rising cost of living.

Seven News understands that relief will come in the form of one-off bonuses for wage earners, which Mr Frydenberg says will be “temporary, targeted and proportionate to the challenge we face”.

“I think a lot of families are finding it tough right now,” Mr Frydenberg said.

“And the number one topic around the kitchen table in Australia is cost of living and so there will be some relief in this Budget.”

Mr Frydenberg remains tight-lipped about when Australians will see the cash bonus, and how much they should expect to get.

However, 7NEWS understands the boost will be in people’s bank accounts before the election.

“You can be certain that it will hit bank accounts before the election to get as much political bang for the buck as possible.. and I’m told will be paid through existing government programs so it can go out quickly,” 7NEWS Political Editor Mark Riley said.

“But voters often see these last-minute bonuses in the shadows of elections as acts of desperation. They’ll gladly take the money, but still vote the way they intended.”

It is understood the bonuses will be paid through existing government programs by an agency such as the Australian Tax Office, with funds deposited directly into bank accounts before the May election.

Welfare recipients and pensioners are likely to miss out.

While Mr Frydenberg said more money would be out in people’s pockets, he warned the government could no longer afford the support levels it provided during the height of the pandemic.

Mr Frydenberg said the upcoming budget would reveal a trajectory where debt, compared to the size of the economy, will peak lower and earlier than thought in December last year.

“What we are seeking to do is … reduce those cost of living pressures by putting more money into people’s pockets,” he said on Friday.

The treasurer said economic support rolled out during the COVID-19 pandemic could not go on, with continued funding actually doing more harm than good.

“It would risk putting further pressure on inflation, interest rates and cost of living,” he said.

He pledged the government would not be “baking in” any new structural spending off the back of temporary revenue increases.

Shadow treasurer Jim Chalmers said the federal government could not be trusted on what it says about the economy.

Dr Chalmers said the March 29 economic blueprint on the eve on an election is showing “all the signs of another budget full of secret slush funds before the election and secret cuts after”.

“This coalition government has barely anything to show for the record debt they had already multiplied even before the pandemic,” he said.

“After a decade of marketing and mismanagement, the dividend for Australians is skyrocketing costs of living, falling real wages, and families falling further behind.”

It comes as the country’s unemployment rate has fallen to a new 13-year low, fuelling economists’ expectations the Reserve Bank of Australia may raise the cash rate sooner rather than later.

New figures released on Thursday shows the jobless rate fell to 4 per cent in February, compared to 4.2 per cent in January.

It’s the lowest rate since August 2008 and it is predicted to drop further.

“We’re forecasting Australia’s unemployment rate will get to 3.3 per cent by the end of this year,” ANZ senior economist Catherine Birch told 7NEWS.

In the Northern Territory, unemployment reached 3.5 per cent and 3 per cent in the ACT.

“We’ve got more people in work today of working age than any other time of records for jobs in this country,” Prime Minister Scott Morrison said.

The biggest turn around was jobs for women, with the female unemployment rate dropping to 3.8 per cent – the lowest since 1974.

“We’ve had greater employment growth in this country through the pandemic than any of G7 countries, the most advance economies in the world,” Mr Morrison said.

Expert reveals just how expensive petrol will be in coming weeks