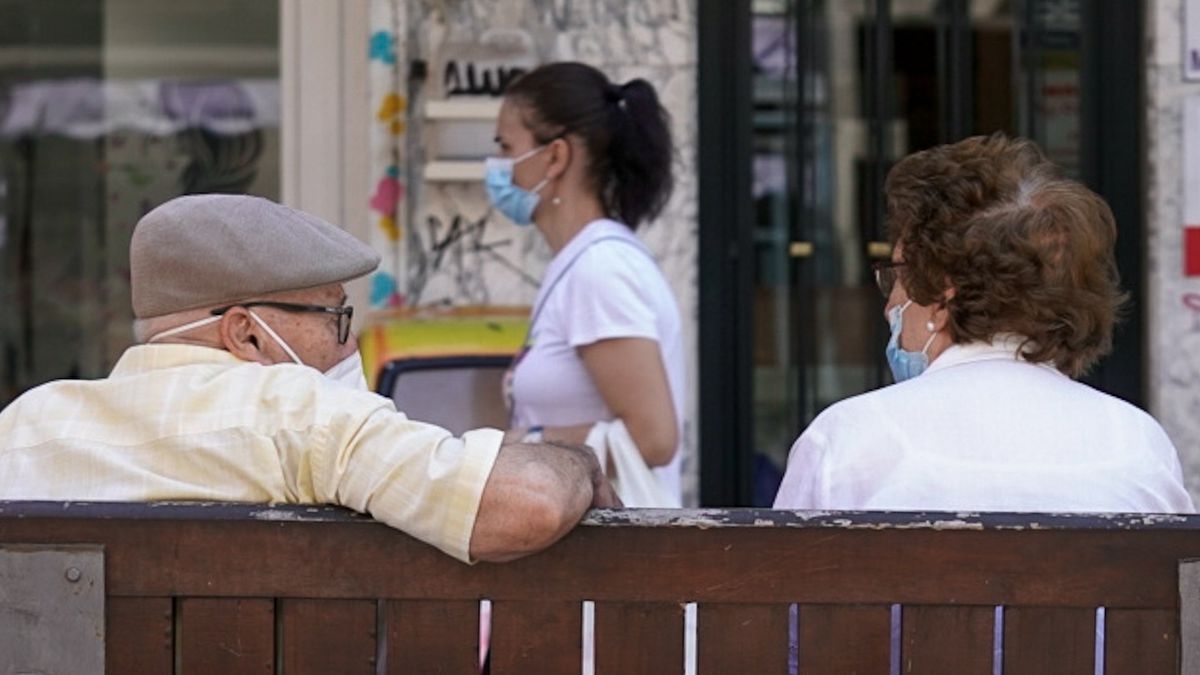 The generation that changed Spain has been the victim of a pandemic for two years now. Older citizens are the ones who have suffered the most from it. And the ones that were forgotten most often. As if that were not enough, they are now finding out that the tech revolution affects them more intensely today than it did in 2020. These days, every action involves a click, an eternity for those who grew up playing out on the streets back in the 1940s. They find it impossible to perform such simple tasks as going to the bank and typing in a PIN or PUK number, using Bizum (an instant payment platform used in Spain) or making a digital money transfer.

The silent and steady closure of bank branches, both in near-deserted villages and in densely populated cities, represents the latest stab in the back for grandparents whose everyday lives are increasingly turning into a constant request for help. Nearly every errand requires an app linked to a device that they have trouble using, despite the handwritten instructions on a piece of paper left for them by their children and grandchildren, and often kept under the glass top of the dining room table. Technology is not a good friend for those who lived in the Franco era.

The recalcitrant oblivion experienced by people who once emigrated, returned or raised a family in a country of black and white is now reaching a point that borders on the inhuman. It’s enough to walk by the door of any blue, orange, green, red or black bank to see the lines of white-haired men and women begging for help from the first passerby. Theirs is a desperate cry, the result of contempt by the lending institutions that handle their finances. Where there was once a conversation, now there is just a sign or an employee who tells them there is nothing more to talk about and no answers to their questions – that they should go to the digital universe to get their issues resolved.

They all stand there with their bankbooks in their hands, showing their pension payments, whether robust or meager. None of them hesitate to reveal their financial situation to a complete stranger who just walked by, as long as he or she will help them figure out why their direct debit records show that the phone company or utility has charged them more than usual this month. Remote customer care has quietly taken over from “good morning.”

Carlos San Juan de Laorden, 78, is a retired urologist and surgeon from Valencia. He hung up his white coat at age 67, when doctors told him that his shaking hands were not just occasional spams but the beginning of Parkinson’s. “I would’ve liked to work until the age of 70,” he explains in a telephone conversation. Laorden is sick and tired of his bank. “They are forcing me to use computers. The app is really quite difficult.” He says that one morning late last year he went over to an ATM at a Bankia branch, and nothing was working. “There was a sign saying that they would only see customers with appointments, but when you called the number nobody picked up the phone.”

Laorden has also been dealing with a growing series of paternalistic comments: “Come with a family member and everything will go faster;” “You need to start learning computer skills, it’ll be good for you;” “Get your children to do it for you;” “Sir, if you come in person you could get sick.” Laorden has a reply for them all: “I may be old, but I am not stupid.”

After hearing numerous complaints by other seniors in Spain, one day Laorden thought about collecting signatures. With help from family members, he posted a petition on the online platform Change.org. “They are excluding those of us who have trouble using the internet. I am 78 and I feel left out by the banks. More human customer care at bank branches.” he wrote in the petition, which attracted support from 101 friends and relatives in the first couple of days. “It will be really hard to get more signatures,” he thought.

Three weeks later, the petition went viral on Twitter and attracted thousands of comments. As of January 20, it had 312,732 signatures, nearly twice as many as two days earlier. “What I am respectfully asking for is that if banks are making billions, and if we rescued them with taxpayers’ money when things went badly for them, then it shouldn’t be hard for them to offer us some personal customer care,” notes Laorden. It certainly doesn’t sound like he’s asking for a lot.