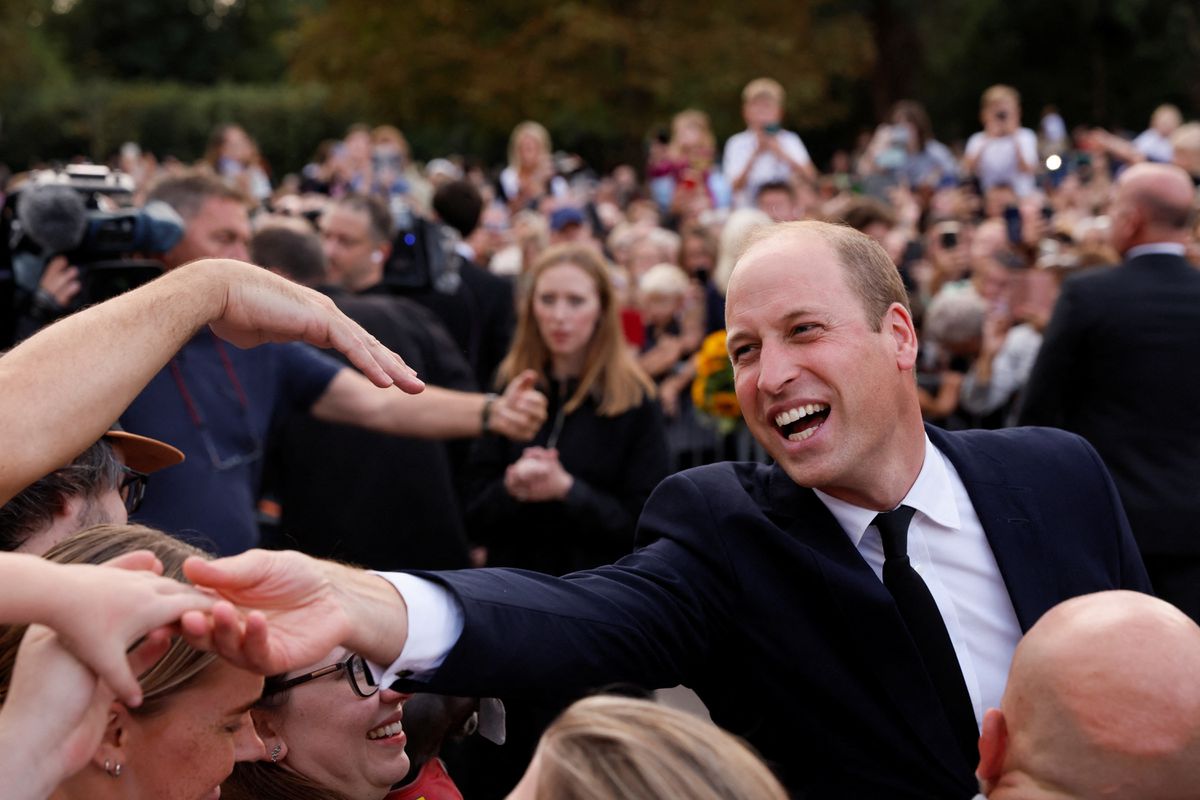 The death of Queen Elizabeth II has shocked the entire world and has opened a new, uncertain era in the United Kingdom. For the first time in more than half a century, there will be substantial changes in the line of succession. These changes will involve new residences, income and titles. One change stands out above the other: Prince William is now heir to the throne.

Queen Elizabeth leaves behind her a large extended family: four children, eight grandchildren and 12 great-grandchildren. Her eldest son, Charles III, until now the Prince of Wales, is now the new king of the United Kingdom. The 73-year-old was formally anointed king on Saturday in a solemn act at St. James’s Palace. Camilla, his second wife after the death of Diana of Wales in 1997, is now the queen consort.

Charles’ eldest son, Prince William, has moved one step closer to the position he is likely to inherit: king of the United Kingdom. This is already reflected on the British royal family’s website, which lists up to 23 people in the line of succession. William now becomes the Prince of Wales, as established by his father in his first televised speech last Friday. Kate Middleton, his wife, will now hold the title of Princess of Wales, the same title that her late mother-in-law, Diana, had in her day. That is to say, William is now heir apparent in the line of succession. His father was a child when he became heir and since spent his life preparing to be king. Prince William’s case is very different. He is 40 years old and is likely to take the throne at an earlier age than his 73-year-old father. William will become king the day his father dies or abdicates.

William is also the son of the late Diana of Wales and enjoys a certain popularity among the British people, especially among the youngest. He is seen by many as the face of a new generation of monarchs. In recent times and with the help of his popular wife, Kate, he has managed to carve out an image of a respectable and committed man. Despite certain diplomatic faux pas in recent official trips abroad, Prince Williams is the third-most popular royal in the British royal family, with a rating of 61%, according to YouGov data. He is behind Queen Elizabeth II and his wife, who is greatly admired by the British people. William said goodbye to his grandmother on Saturday in an emotional statement: “She was by my side at my happiest moments. And she was by my side during the saddest days of my life. I knew this day would come, but it will be some time before the reality of life without Grannie will truly feel real.”

Now he will inherit his father’s functions, including representing the king inside and outside the United Kingdom. William also becomes Duke of Cornwall, and with that dukedom he inherits a huge fortune. The dukedom provided his father with around £23 million (€26.3 million, $26.7 million) between 2020 and 2021. In total, it includes 526 square kilometers of land spread out throughout England and Wales. It remains to be seen what Prince William intends to spend such a fortune on.

Until now, the new Prince of Wales has managed his own foundations, which are dedicated to issues such as supporting homeless youth, environment conversation in Africa, the Earthshot environmental prize and mental health. Prince Williams must now decide how to reconcile his old interests with the new requirements of his position and with his father’s inheritance. What seems evident is that their differences in character – he is often said to be more the son of his mother than his father – will probably make him a different Prince of Wales to Charles III.

A few days ago, William and Kate moved to a house near Windsor, located about 40 kilometers from London, to be closer to the queen. From now on, however, they will have to spend more time in London, where they still have their home in Kensington Palace, in the heart of the UK capital. They could also now, according to the British press, move to Windsor Castle itself. Similarly, King Charles III and his wife, Queen Consort Camilla, could choose to move from Clarence House in central London to Buckingham Palace, just a few meters away.

Prince William will also hold the titles of Earl of Chester, for being the eldest son of the monarch, and the Duke of Cambridge. In Scotland, he will be the Duke of Rothesay, typical of the heirs to the throne. Other titles he will inherit from his father include the Earl of Carrick, High Steward of Scotland, Lord of the Isles and Baron of Renfew. Prince William will also retain the Earldom of Strathearn and remain Baron Carrickfergus.

In addition to the line of succession, the death of Queen Elizabeth is also set to change the roles of each of the members of the royal family. What new roles they play will largely depend on King Charles. According to the British press, the new monarch is planning on reducing the number of members in the royal family to just himself and his wife, and their children and grandchildren. The British newspaper The Times on Friday published an article headlined Slimmed-down monarchy is fit for 21st century, which called for royal spending to be cut. According to the report,

A slimmed-down monarchy fits the 21st century headlined Friday’s The Times, which advocated a reduction in royal spending and detailed that, for example, one year the royal household spent £92,000 (€105,000, $106,000) just on light bulbs in Buckingham Palace. Indeed, the finances of the royal house and the queen’s fortune of the queen have long been the subject of debate in the UK. As far as the fortune of Elizabeth II is concerned, at the moment, it seems that there will be little to discuss. Discreet and reserved, the queen has asked for her will to remain sealed.