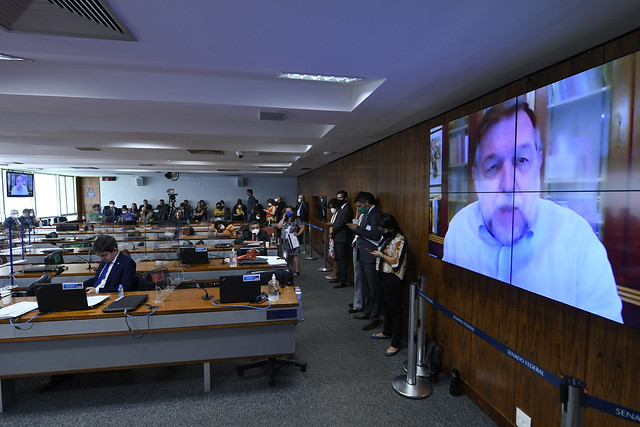 Former Education Minister Milton Ribeiro skipped today’s session of the Senate’s Education Committee, where he was due to explain the alleged influence-peddling scheme which forced his resignation. Mr. Ribeiro was caught on tape saying he had, at the president’s request, granted control over federal funds to two Evangelical preachers accused of clearing funds for cities in exchange for bribes.

As Mr. Ribeiro had been invited, not subpoenaed, he was allowed not to appear. But in retaliation, senators subpoenaed the new minister, Victor Godoy. Committee chair Marcelo Castro even threatened to initiate a congressional hearings committee to investigate the case.