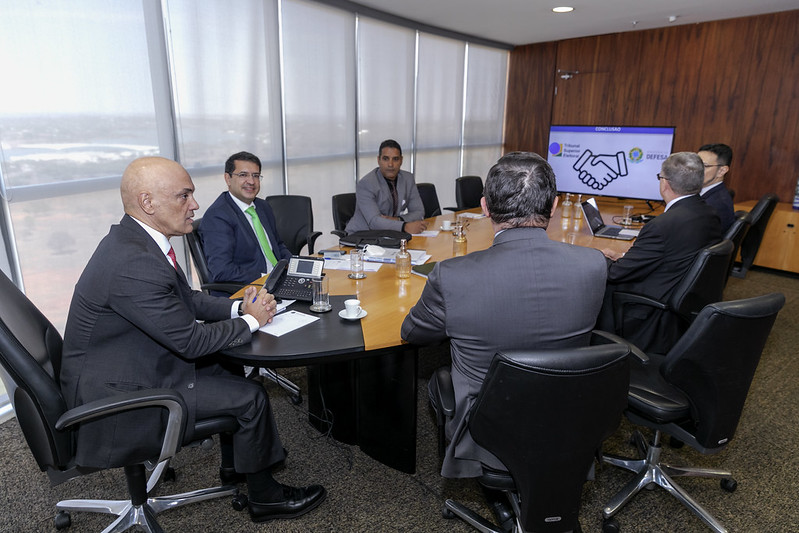 The Superior Electoral Court on Monday denied a report according to which electoral authorities agreed to grant the Armed Forces privileged access to real-time data of the counting of votes on Election Day.

The communiqué was published after newspaper Folha de S.Paulo said the military would have unprecedented access to data sent by regional electoral courts to Brasília before being publicly disclosed.

“There was no change to what was agreed in the first semester, nor any agreement with the Armed Forces or supervisory entities to allow for privileged access in real time to the data sent for the tallying of the electoral process by the regional courts, the execution of which is the constitutional competence of the electoral judicial authorities,” the court said in a statement.

Folha also reported that the military intends to select 385 electronic ballot boxes in Brazil (out of around 500,000) to conduct an unprecedented electoral inspection. No part of the Constitution provides for any such role by the military.

On Election Day, after polling stations close, poll workers print ballot bulletins, a sort of receipt showing how many votes each candidate got in a given machine. The bulletins have always been public information. Any person can take a photo of a bulletin and compare its results with those published online by the TSE.

“Any interested party can go to the polling stations and is free to tot up the bulletins of one, ten, three hundred or all the polls,” added the TSE.

According to Folha, military officers who will be on duty on Election Day have been instructed to photograph these ballot bulletins.The Defense Ministry did not reply to questions sent by The Brazilian Report.