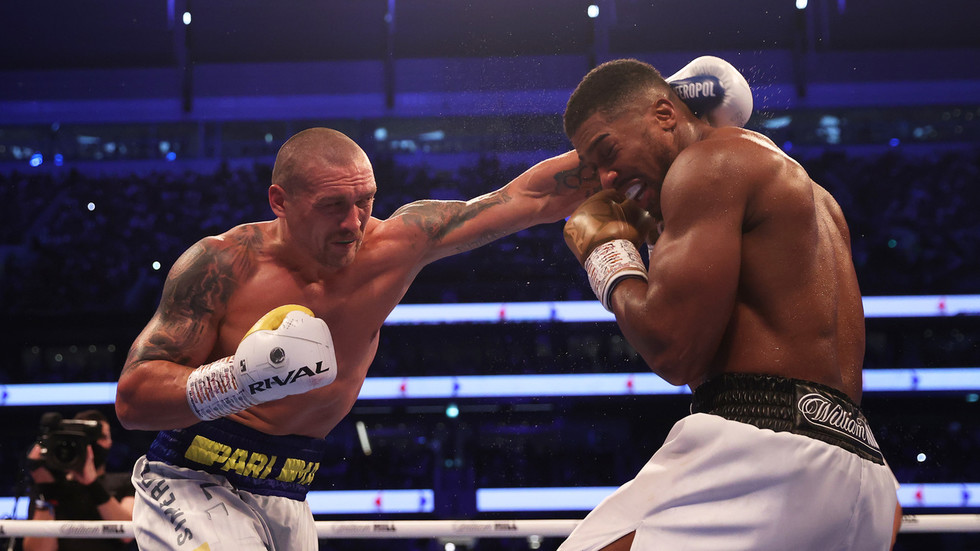 Ukraine’s undefeated boxing heavyweight champion Oleksandr Usyk has confirmed that he has begun preparations to rematch Anthony Joshua, several months after her upset the Englishman in London to claim his array of world titles.

Usyk soundly outpointed Joshua inside the Tottenham Hotspur Stadium last September in a fight which considerably changed the accepted hierarchy at heavyweight, and put another nail in the coffin of the prospective showdown between Joshua and Tyson Fury – a fight considered by many to be the Golden Goose of this current generation of heavyweights.

Joshua, who lost his WBA, IBF and WBO belts in the process, indicated that he would activate the rematch clause in his contract, but those plans were thrown into disarray when Usyk announced his intention to remain in Ukraine throughout the military conflict with Russia.

But in an Instagram video post on Friday, Usyk confirmed that he will soon begin training to take on Joshua for a second time.

“I decided to start preparing for a rematch with Anthony Joshua, a large number of my friends support me, all the rest of the good and peace, thank God for everything,“ he wrote alongside a video post taken within Ukraine.

The 42-second video also detailed the support Usyk said he has received from family and friends in returning to his boxing career.

Prior to this, Usyk had been among a number of prominent Ukrainian fighters to have remained in the country throughout Russia’s military operation – a list which also includes Vasyl Lomachenko and undefeated MMA champion Yaroslav Amosov.

Usyk, who has three young children, is understood to be exempt from a rule which requires all men of a certain age to remain in Ukraine, and has reportedly already left the country to begin his training.

His decision to confirm plans for the second Joshua fight comes after the Englishman’s promoter, Eddie Hearn, suggested that his fighter might fight someone else should Usyk be unavailable this summer, perhaps for an interim title.

Otto Wallin, Luis Ortiz and Joe Joyce were thought to be those being considered to fight Joshua.

But Usyk’s announcement sets up an opportunity for a summer showdown for the two Olympic gold medalists, with the winner of that in line to potentially face the winner of the forthcoming title fight between Tyson Fury and another Briton, Dillian Whyte.