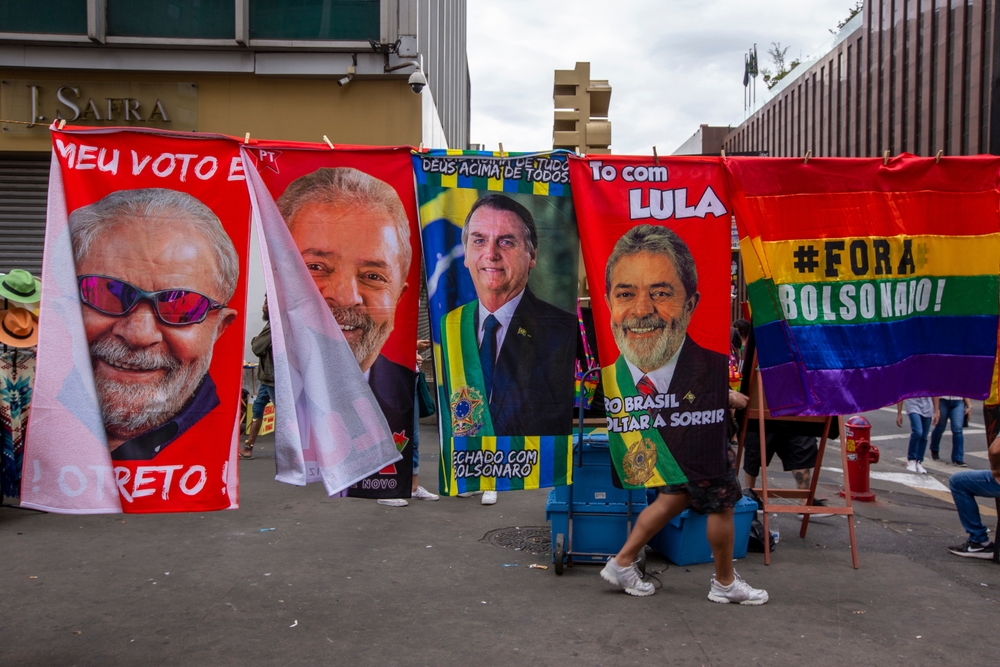 Former President Luiz Inácio Lula da Silva is still favored to win the 2022 Brazilian presidential election in a first-round landslide, according to a Datafolha poll published on Thursday.

Lula retained the same 47 percent of the vote from the pollster’s last reading one month ago. President Jair Bolsonaro rose one point to 29 percent. Center-left challenger Ciro Gomes made no progress, remaining on 8 percent.

Discounting undecided voters and those who intend to spoil their ballots, Lula would score over 51 percent of valid votes — enough to win the election without the need for a runoff.

The results suggest that recent economic measures approved by the Bolsonaro administration — such as the “Desperation Bill” and a cap on fuel taxes — have not yet been enough to win over voters. While the president is improving his polling numbers, his ascent remains within the confidence interval.

Mr. Bolsonaro doesn’t seem poised for the historical comeback it would take for him to win a second term. His supporters, however, hope that an increase in social spending will do the job after August, when monthly payments of benefit programs will be raised by 50 percent.

The Lula camp, meanwhile, has a strategy to urge voters not be swayed by Mr. Bolsonaro’s feel-good economic measures. Asked about the increase in handouts in an interview this week, Lula encouraged citizens to “pick up your money, otherwise [Finance Minister Paulo] Guedes will take it.”

Lula also pledged to preserve monthly Auxílio Brasil benefits at BRL 600 (USD 115) if he returns to the presidency, in a push to disarm one of Mr. Bolsonaro’s latest electoral tactics.

Only 9 percent of interviewees told Datafolha they are undecided or intend to not vote, leaving Lula’s opponents very little margin to increase their own numbers.