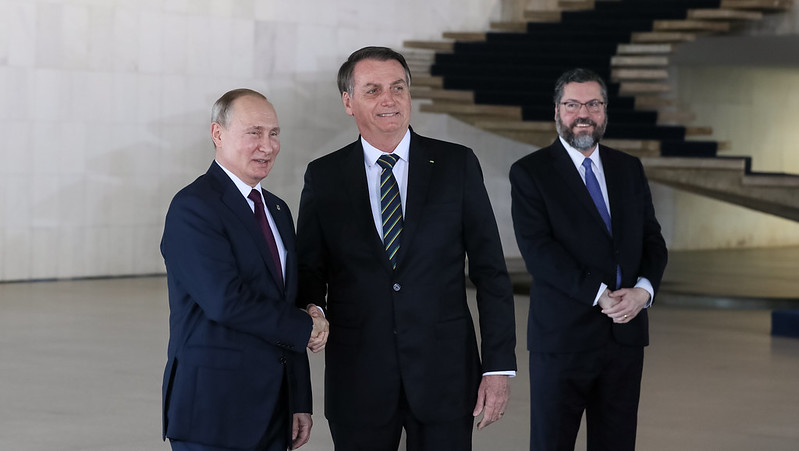 Brazil’s far-right President Jair Bolsonaro has barely landed in Moscow — and will only meet his Russian counterpart Vladimir Putin tomorrow. Still, his supporters have taken to Twitter to credit his arrival alone for Russia’s recent announcement that it is pulling back part of its troops along the Ukrainian border.

The outlandish praises are not just being sung by fringe supporters, but by some of the highest-profile bolsonaristas, such as former Environment Minister Ricardo Salles. On Twitter, he claimed “[U.S. President Joe] Biden and the Western world are thanking [Mr.] Bolsonaro for convincing [Mr.] Putin to give up on invading.”

On Instagram, Mr. Salles one-upped himself, posting claims that Mr. Bolsonaro “prevented World War III,” falsely attributed to CNN. The former cabinet member, under investigation for allegedly helping an international timber smuggling ring, asked supporters of the president to call for his nomination for the Nobel Peace Prize.

Although delirious, the narrative tries to counter dismissive remarks from pundits that Mr. Bolsonaro’s Moscow trip is a futile attempt to show strength from a president with no international credibility. But as we explained, Brazil is trying to get Russia to support a reform of the UN Security Council to include more permanent seats.