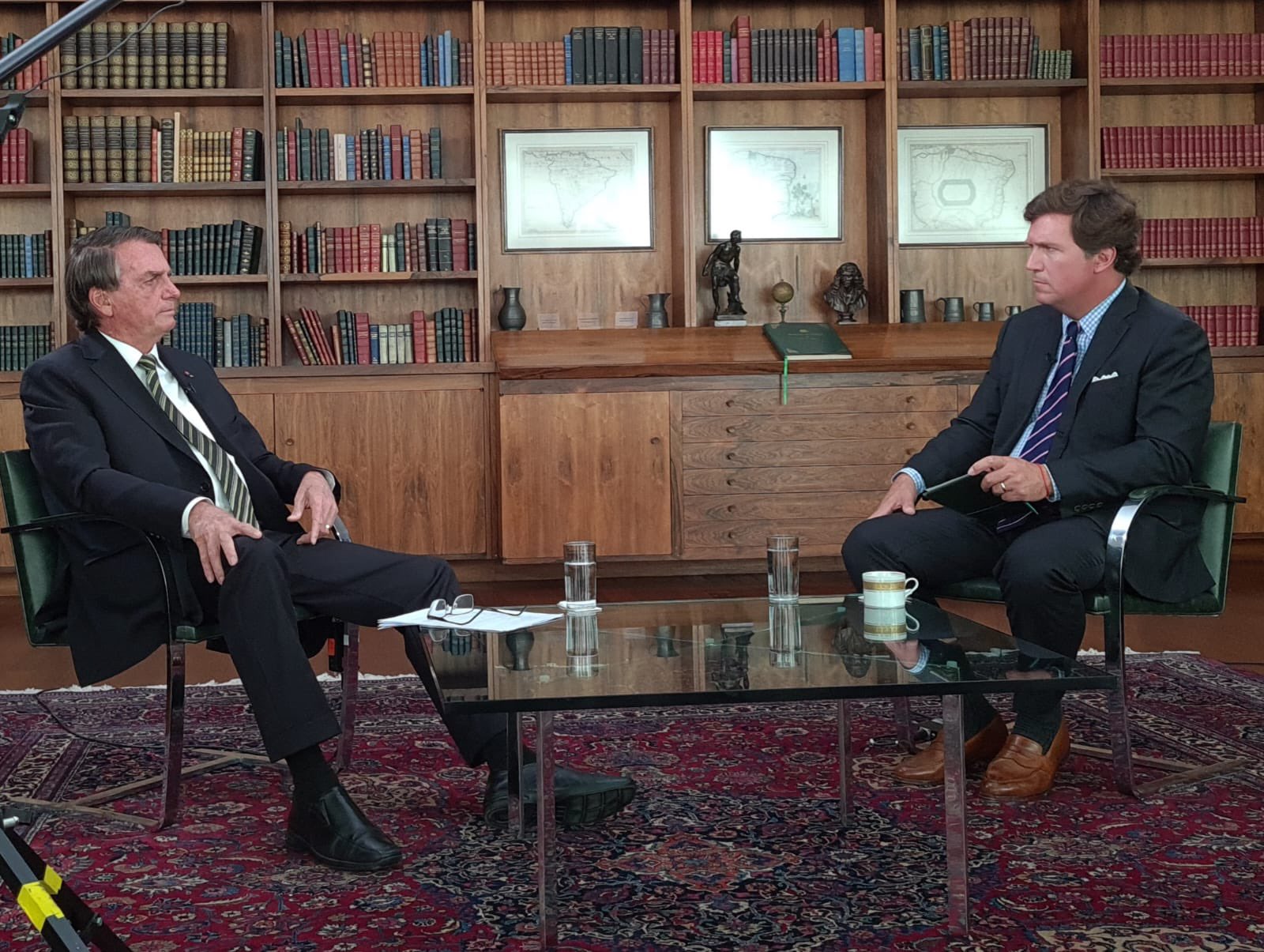 American journalist Tucker Carlson, the biggest star at Fox News, on Wednesday met with President Jair Bolsonaro in Brasília for an interview.

The president used Twitter to gloat about hosting the man who is responsible for “the most-watched news program in the U.S.” He added that he and Mr. Carlson, who is in Brazil for the week and also met with Mr. Bolsonaro’s senior advisor on foreign affairs, Filipe Martins, “showed the world the truth about Brazil and [his] government.”

Mr. Carlson tweeted a photo of President Bolsonaro helping him don an indigenous headdress. The photo features the logo of Caixa, a public bank whose boss is currently battling sexual harassment accusations, and a doll of Nelson Piquet, a former F-1 driver who used a racial slur to talk about Lewis Hamilton.

During the interview with Mr. Martins, Mr. Carlson said that the war in Ukraine is “a conflict in Eastern Europe that is materially irrelevant to our interests.” He added that “Latin America is falling apart, certainly from the American perspective,” in a jab at recent wins by left-wing politicians in presidential races in the region.

“That leaves Brazil as the only large economy in this hemisphere that remains pro-American,” Mr. Carlson said, without mentioning that Mr. Bolsonaro is 19 points behind his left-leaning challenger, former President Luiz Inácio Lula da Silva, in polls for the October election.

“You should certainly be aware of China’s strong and ongoing efforts to turn Brazil into a Chinese colony,” Tucker Carlson told his American viewers, without offering evidence to back his claims.

After Donald Trump lost the 2020 U.S. presidential election and plans of a global ultra-conservative movement led by his former strategist Steve Bannon did not pan out, Brazil has become a key battleground for the American alt-right movement.