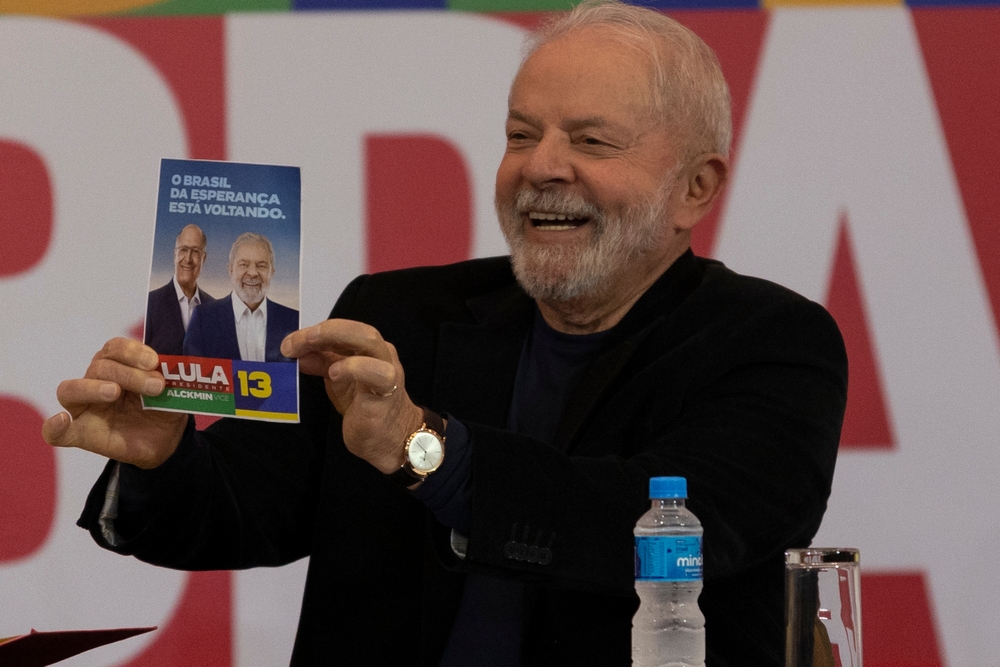 A new reading of the presidential race by Datafolha — Brazil’s most renowned pollster — shows that President Jair Bolsonaro is gaining ground. From late in July, the incumbent jumped from 29 to 32 percent of voting intentions.

Former President Luiz Inácio Lula da Silva remained stable with 47 percent of the voting intentions. Excluding voters who didn’t respond or intend to spoil their ballots, Lula would have 51 percent of the vote were the elections held today — enough for a first-round landslide.

Still, we at The Brazilian Report always want to highlight that polls should not be read as snapshots — but as a movie reel that reveals trends. The gap between the two frontrunners was at 21 points in May and was cut short to 18 points in July, and is at 15 points now.

Mr. Bolsonaro’s slow but steady surge means that a two-round election is a growing possibility, as we have flagged on multiple occasions.

In third, center-left candidate Ciro Gomes dropped from 8 to 7 percent — within the confidence interval. Lula would hope to see Mr. Gomes’s candidacy continue to lose steam, as most of his voters would be more likely to migrate towards him, or spoil their vote.

Since August 9, the government has begun rolling out boosted cash transfers to poor households. But the president’s voting intentions between voters earning up to two times the minimum wage hasn’t improved.

“Lula remains stable at a very high level and in a very comfortable position,” said Mauro Paulino, Datafolha’s former president and currently a pundit for cable news channel GloboNews. “Social segments that are large in size, such as the poor and female voters, lean towards Lula. Jair Bolsonaro is trending up in segments that are smaller in numbers.”

At this point, Lula seems like the head-and-shoulders favorite in a runoff confrontation — with three-quarters of the electorate claiming they will not change their preference.

However, if Mr. Bolsonaro manages to extend the election for an extra four weeks, he would have the opportunity to upturn the entire process — he has, time and again, hinted that he would not accept defeat gracefully.