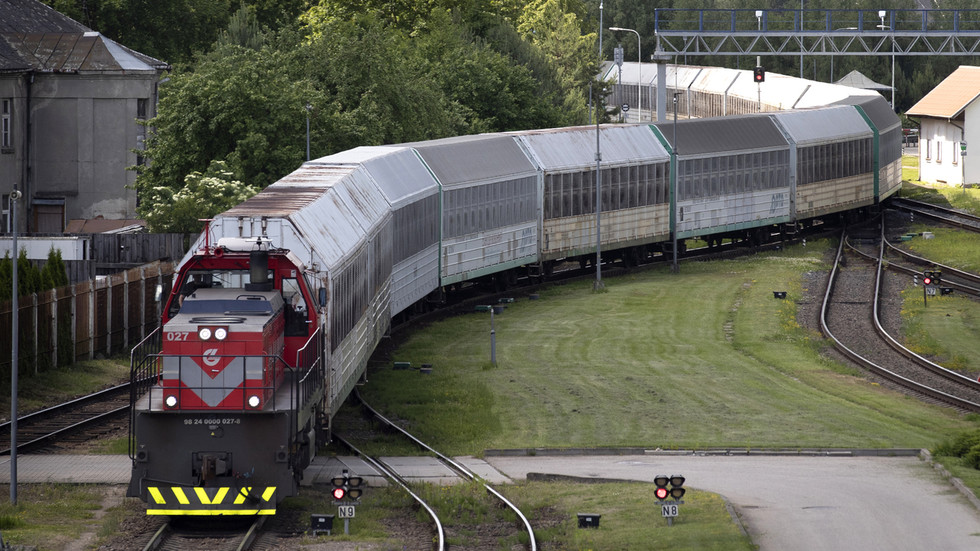 Lithuania could lift its restrictions on goods passing by rail between mainland Russia and its western exclave of Kaliningrad as soon as early July, unnamed European officials told Reuters on Wednesday.

Moscow and the EU have been locked in a feud since June 17, when Vilnius moved to suspend the transit of sanctioned goods between Kaliningrad and the rest of Russia. The Lithuanian authorities said they were acting on instructions from Brussels, and in line with restrictions imposed on Moscow over the conflict in Ukraine. The ban left Russia with only sea routes to supply its small, but well-armed, exclave sandwiched between Lithuania and Poland.

The sources told the agency that it’s proving hard for Europe to maintain its strict sanctions while also avoiding further escalation with Russia. As a result, European officials are in talks on exempting Kaliningrad from the sanctions, potentially paving a way for a deal in the coming days.


According to the officials, Lithuania fears that if the blockade remains, Moscow could use force to create a land corridor through its territory connecting the exclave with the rest of Russia.

Germany, which is reportedly actively backing the search for a compromise, is also concerned that the presence of its troops in the Baltic country could see it and the rest of NATO sucked into a direct military confrontation with Russia, the sources said.

“We have to face reality,” one of the officials “with direct knowledge of the EU discussions” said, conceding that the eventual outcome of the Kaliningrad standoff may appear unfair for Europe.

Russia’s President Vladimir Putin “has much more leverage than we have. It’s in our interests to find a compromise,” the official was cited as saying.


Earlier this week, former Russia’s President Dmitry Medvedev, who is now deputy chair of the country’s National Security Council, warned that Moscow’s response to the actions by Lithuania could be “asymmetric” and include economic measures “capable of cutting off the oxygen to the Baltic neighbors who have taken hostile actions.”

At the weekend, European Parliament member for Lithuania Petras Austrevicius also said that “heated” discussions have been underway in Brussels regarding the Kaliningrad blockade, and that Russia was “winning at the moment.”

“A document has been born, which would allow the movement of sanctioned goods through the EU territory ‘from Russia to Russia,’” Austrevicius wrote in a Facebook post.

The MEP called upon the EU “to stick to the earlier agreed stance and not succumb to the Russian pressure.” He also said that Lithuania could well veto a decision on Kaliningrad if it’s made by Brussels.