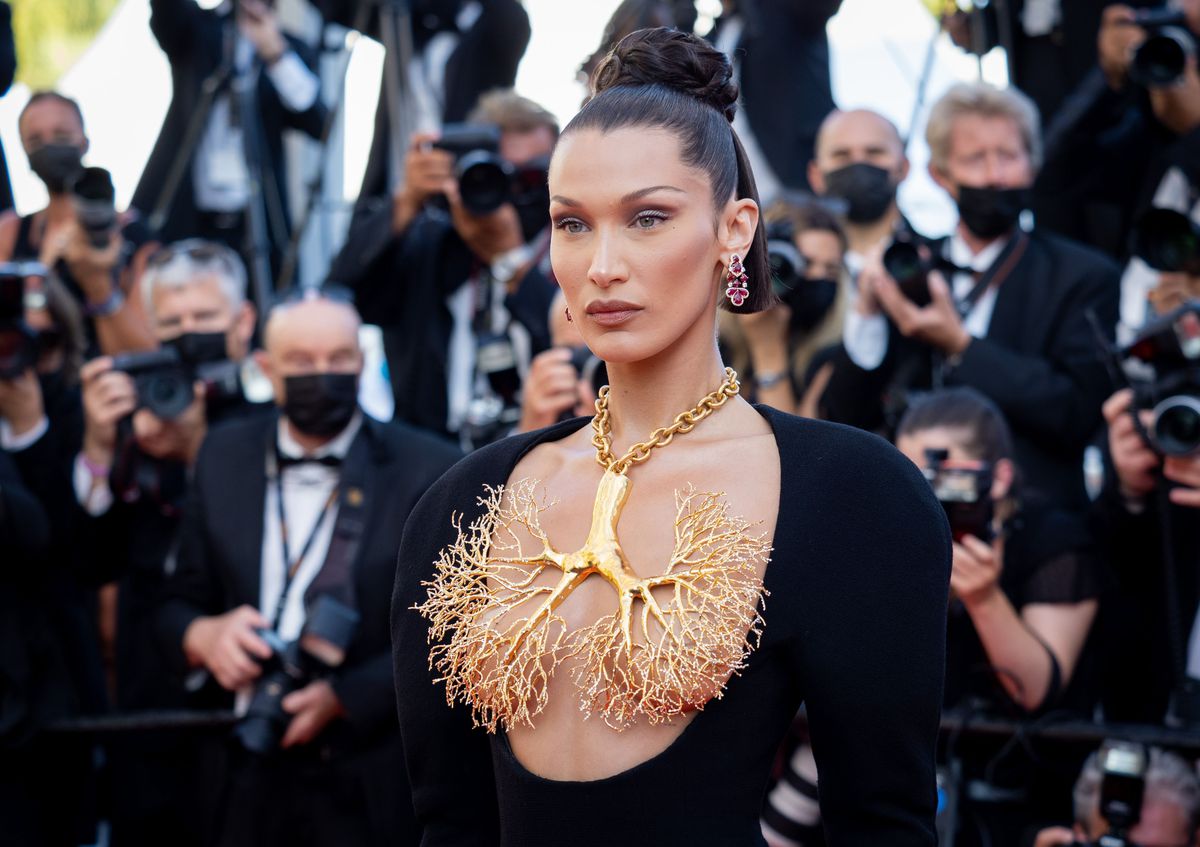 It’s becoming more and more common to hear celebrities regretting plastic surgery or touch-ups they have put themselves through. Courteney Cox and Nicole Kidman have both said they resorted to Botox but stopped using the anti-wrinkle treatment when they realized they had lost facial expressiveness. Ashley Tisdale, famous for her role in High School Musical, elected to reverse breast-enhancement surgery. And now the supermodel Bella Hadid has admitted she regrets having her nose corrected when she was 14 years old. “I wish I had kept the nose of my ancestors,” she told Vogue.

Hadid, 25, has been accused on several occasions of having had surgery to lift her eyes or to make her lips fuller, something she strenuously denies. “People think I fully fucked with my face because of one picture of me as a teenager looking puffy. I’m pretty sure you don’t look the same now as you did at 13, right? I have never used filler. Let’s just put an end to that. I have no issue with it, but it’s not for me. Whoever thinks I’ve gotten my eyes lifted or whatever it’s called—it’s face tape! The oldest trick in the book,” she said during the interview.

The daughter of a Dutch model and a Palestinian-Jordanian real estate developer, Hadid has been the face of campaigns for Michael Kors, Fendi, Versace and Jean-Paul Gaultier, among others, but she admits she has sometimes felt in the shadow of her sister Gigi, whose career took off a few years earlier, and that she suffered from the constant comparisons between two. “I was the uglier sister. I was the brunette. I wasn’t as cool as Gigi, not as outgoing,” she told Vogue. “That’s really what people said about me. And unfortunately, when you get told things so many times, you do just believe it.” Hadid also wonders how someone like her – she describes herself as “a girl with incredible insecurities, anxiety, depression, body-image issues, eating issues, who hates to be touched, who has intense social anxiety” – could end up in the world of fashion. The answer, she says, is that she became “a good actress,” and because she always felt she had something to prove. “But in seven years I never missed a job, canceled a job, was late to a job. No one can ever say that I don’t work my ass off.”

In addition to her anxiety and other issues, Hadid, who moved to New York to study photography but had already signed with the IMG modeling agency, suffered from anorexia, which was spurred by an attention deficit disorder medication she had been prescribed, and which took away her appetite. “I was on this calorie-counting app, which was like the devil to me,” she says during the interview. “I’d pack my little lunch with my three raspberries, my celery stick. I was just trying, I realize now, to feel in control of myself when I felt so out of control of everything else.” While Hadid says she now has a healthy relationship with food, she does not shy away from admitting that dysmorphic feelings remain and that even now she can “barely look in the mirror” because of the problems she experienced.

Hadid has been in a relationship with art director Marc Kalman for a couple of years, something that she has been striving to keep out of the public domain, in contrast to when she was dating singer The Weeknd, which only lasted for a few months. “When you give other people room to have opinions on things that are so personal to you, it poisons it,” she says.

At the beginning of 2021, Hadid suffered what she describes as “a burnout” for which she underwent two and a half weeks of therapy in Tennessee. That, she says, proved to be the best present she could have given herself. “For so long, I didn’t know what I was crying about. I always felt so lucky, and that would get me even more down on myself. There were people online saying, ‘you live this amazing life’. So then how could I complain? I always felt that I didn’t have the right to complain, which meant that I didn’t have the right to get help, which was my first problem.”