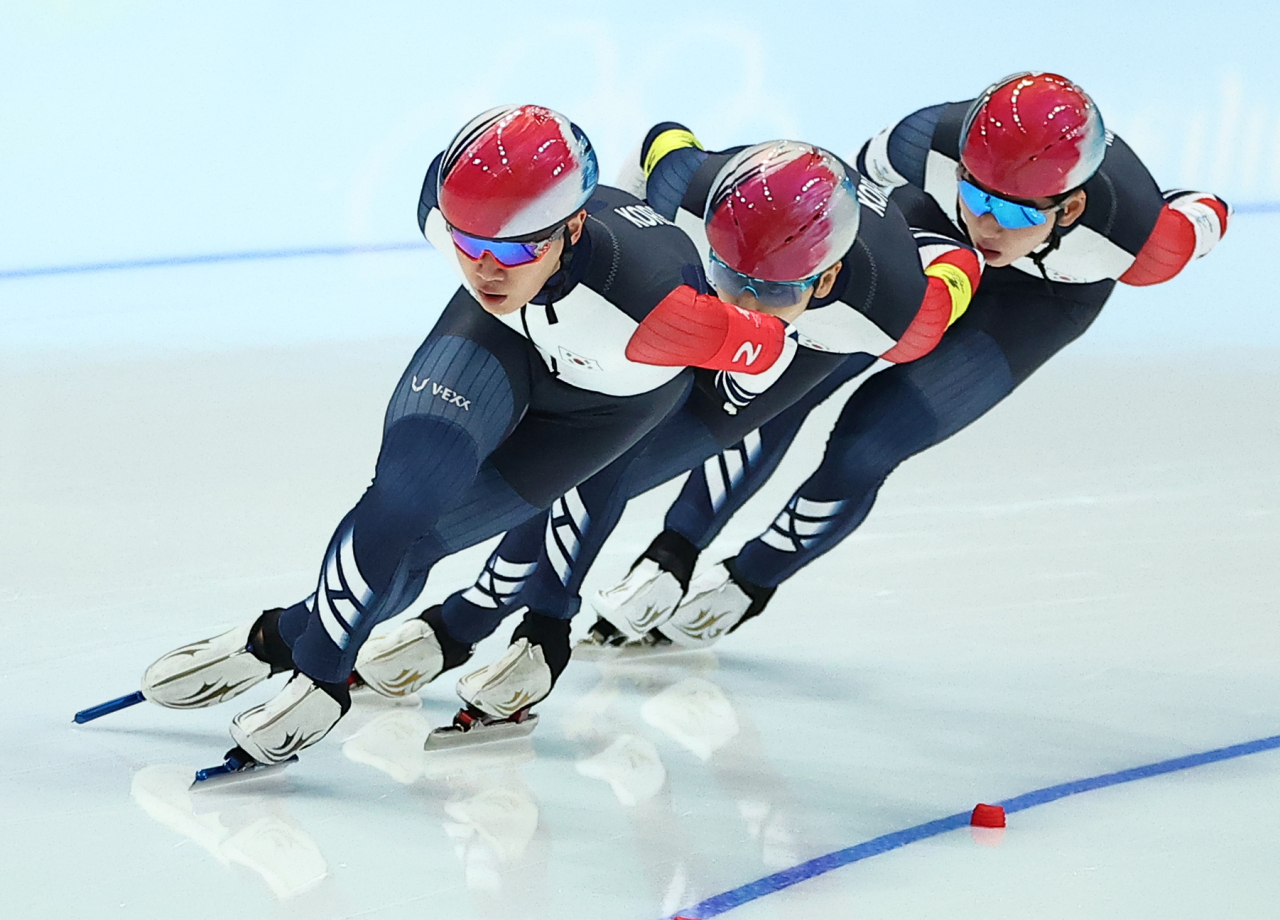 BEIJING — The defending silver medalist South Korea was sent home in the quarterfinals of the men’s team pursuit speed skating race at Beijing 2022 on Sunday.

The trio of Lee Seung-hoon, Kim Min-seok and Chung Jae-won finished sixth overall among eight quarterfinalists at the National Speed Skating Oval with the time of 3:41.89. The Netherlands grabbed the last semifinal ticket in 3:38.90.

Lee, Kim and Chung had combined for silver at PyeongChang 2018.

Lee had also won silver in 2014 with different teammates.

In team pursuit races, teams are timed when their last skater crosses the line. Teams start at opposite positions on either side of the oval. (Yonhap)