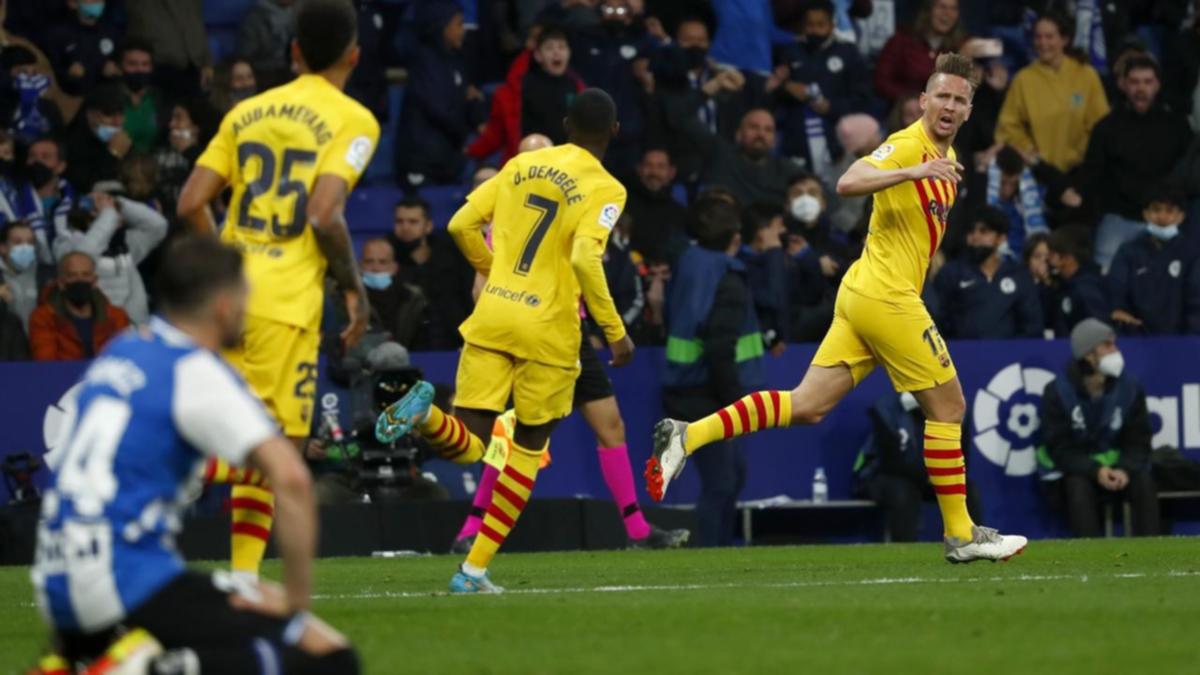 Barcelona have snatched a last-ditch draw to deny Espanyol a first La Liga derby victory over their cross-town rivals in 13 years.

Espanyol could not stop a goal by Luuk de Jong in the sixth minute of second-half stoppage time, and had to settle for a 2-2 draw that extended their unsuccessful run in the Catalan derby.

The draw came as a relief for Barcelona but stalled their good run after consecutive league victories against Alaves and defending champions Atletico Madrid.

“It was a step backward in the fight for the league,” Barcelona coach Xavi said.

“It’s going to be hard, but we have to keep fighting until the end.”

The result was enough to move Barca past Atletico and back into fourth place — but they are 15 points behind league leaders Real Madrid.

Espanyol, are 13th, having not won in five league games.

De Jong netted the equaliser with a header from the middle of the area after a long cross by Adama Traore.

Barcelona had taken an early lead with Pedri scoring from close range after a cross by Jordi Alba two minutes into the match at RCDE Stadium.

The hosts equalised in the 40th when Sergi Darder fired home before they took the lead about 10 minutes later, with Raul de Tomas netting the go-ahead goal after a nice long pass by Darder.

Barcelona defender Gerard Pique and Espanyol midfielder Nico Melamed were sent off in stoppage time after getting into an altercation.

Real Betis strengthened their hold on third place with a 4-2 win at rock bottom Levante.

Daniel Gomez scored both goals for Levante, who had striker Roberto Soldado sent off in the 74th.

Valencia’s winless streak in the league reached six matches after a 2-1 loss at relegation-threatened Alaves while Real Sociedad beat Granada 2-0.