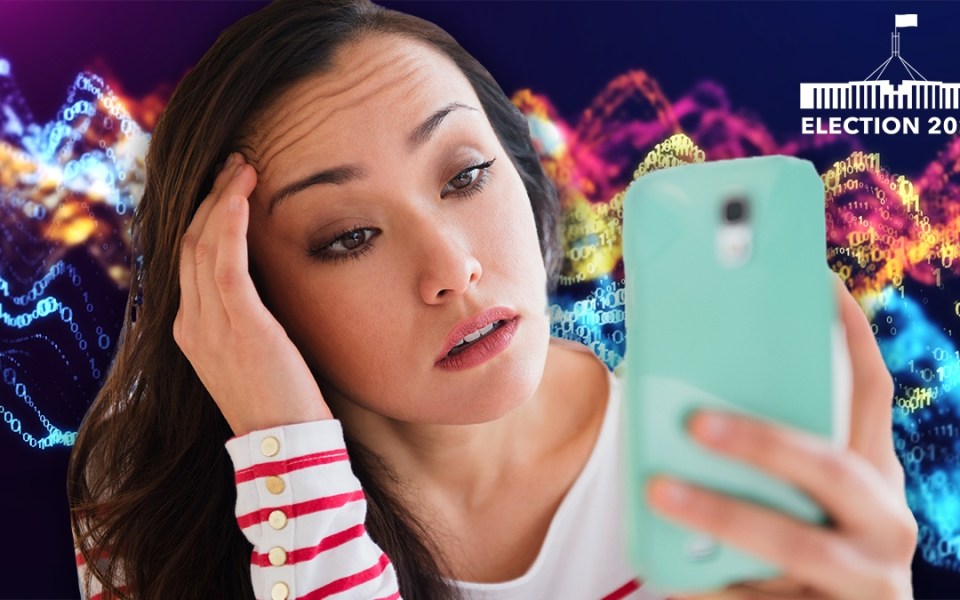 Corruption, climate and cost of living are at the front of voters’ minds as we head towards election day.

That’s according to an analysis of online activity and social media chatter by data analyst Elisa Choy.

“The general mood of Australia right now is that we’re just not happy people,” she said.

“But what we’re missing is hope.”

Unlike polls, which simply ask a sample of the population about a given issue, Ms Choy has scraped and analysed petabytes of publicly available online data.

“We’re reading and analysing all the content that people have been engaging with, and measuring the sentiment in that content,” said Ms Choy, who founded Maven Data.

“And we’re also observing people’s behaviour online, so when you’re commenting or sharing, that also comes into the mix.”

This information was then analysed via machine learning to pull out key trends and assess public sentiment towards specific issues and candidates.

“We say, ‘how do people feel about it’ and measure the intensity, we measure the description of the emotion, we look at a whole raft of things,” Ms Choy said.

It’s also the same method Ms Choy used to accurately predict the outcome of the last US presidential election, as well as the past three seasons of The Voice.

The overwhelming sentiment, she found, is that Australians are “deeply frustrated” about the current state of the campaign, and politics in general.

People are sick of political point-scoring

Australian voters have been complaining online in droves about nastiness on the campaign trail, and political point-scoring taking precedence over substance.

“There’s no clear winner. There’s no clear favourite, but there’s probably a little bit more negativity towards the Liberal campaign because of the Scott Morrison factor, because he’s attracted a lot of deep negative sentiment on a number of issues.”

The two main issues on many voters’ lips are climate action and the prospect of a federal ICAC, according to online activity.

“If you wonder why the independents have gained ground, it’s because they speak to those two things,” Ms Choy said.

Cost of living was previously the top issue voters engaged with online – however, it’s since fallen to the sixth place.

Meanwhile, the pandemic has fallen off the radar entirely for many voters now that Australia has largely opened back up.

Ms Choy said people are fed up with nastiness, gotchas and political potshots and crave a bold vision for the future.

For example, Australians posted more than 38,000 tweets during the program, according to data provided by Twitter to The New Daily.

One of the most-tweeted topics related to a rumour about cashless debit cards for pensioners.

“What we’re seeing is that they’re not sticking to the issues, and just having yelling matches at each other, talking over each other. It’s not statesmanlike,” Ms Choy said.

“People just want to talk about the issues and not witness two people arguing.”

Meanwhile, the attacks on trans women in sports spearheaded by Liberal candidate Katherine Deves barely made an impact in the online discourse of Australian voters.

Ms Choy added: “It’s a cheap potshot, again. There’s less than 0.0001 per cent of people who are actually transgender. Why pick on those people?”

She said Labor and the Liberals are “neck and neck” because neither party offers a hopeful vision for the country and voters are simply tuning out.

“Because of this bobble-head issue we’re not seeing a clear winner, but you’ve got the rise of the teal independents and you’ve also got the United Australia Party having an influence at the end of the game,” Ms Choy said.

The current sentiment points towards a Labor minority government with plenty of independents in the mix – something Ms Choy said should be a wake-up call to both major parties as we head into the final week of the campaign.