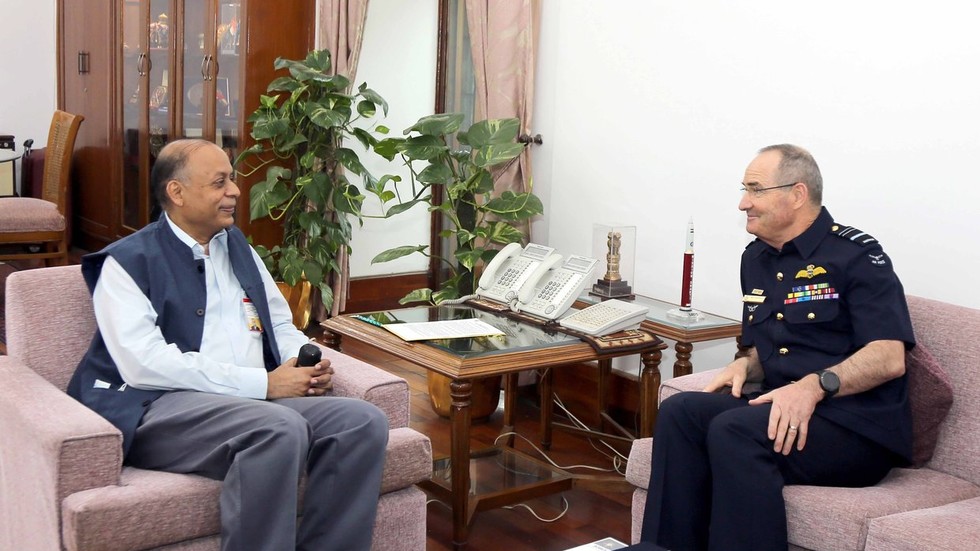 The head of Australia’s air force has held a series of meetings with senior military officials in India, vowing to strengthen bilateral ties as Canberra warns China against further expansion into the Indo-Pacific.

“Issues of mutual interest and ways to enhance bilateral defense cooperation were discussed” at the meeting, New Delhi’s air force said in a tweet, later shared by its Australian counterpart.

Hupfeld also sat down with Indian Defense Secretary Ajay Kumar for a “very warm” and “friendly” dialogue, Kumar announced in a tweet of his own, also sharing photos from the meeting.

Though the officials described their discussions only in broad terms, the meetings come amid growing security ties between New Delhi and Canberra, which embarked on a more intensive strategic partnership in 2020 after signing a major deal to grant mutual access to each other’s military bases. The Mutual Logistics Support Agreement (MLSA) also steps up logistics and maintenance assistance between the two sides, in addition to boosting overall defense cooperation.


Hupfeld’s visit also coincides with rising tensions between Australia and China, namely after Beijing signed a security pact with the Solomon Islands, a Pacific nation located about 1,000 miles (1,700km) off Australia’s northeastern coast. Officials in Canberra have repeatedly denounced Beijing over the security deal, suggesting it would use the agreement to establish a military foothold far outside its borders.

Most recently, Australian Prime Minister Scott Morrison said a Chinese military base on the Solomons would constitute a “red line” for Canberra, though later clarified that simply means Australia will “work with partners to ensure that that type of an outcome would be prevented.” He did not specify exactly how that would be achieved, however, saying it would be “unwise” to speculate about what steps Australia and its allies might take.

Chinese officials, meanwhile, have rejected Canberra’s warnings as “wild remarks to smear China and clamor for a war,” and said the dire predictions of a new Chinese military base in the Solomons are “pure disinformation fabricated by a handful of people who harbor ulterior motives.”