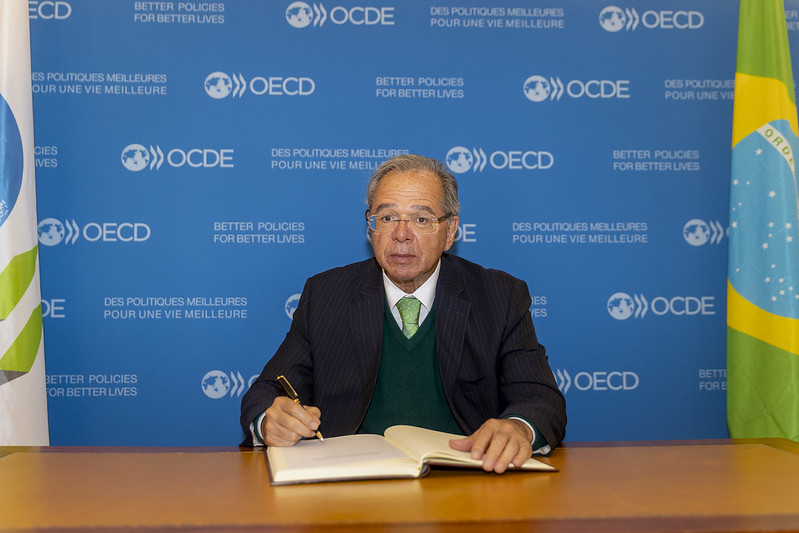 With Brazil trying to gain admission to the OECD, a club of rich countries, Economy Minister Paulo Guedes has attended multiple meetings with businessmen and representatives of the organization in Paris. OECD membership works as a sort of stamp of approval that a nation is in line with the world’s best governance practices – and has been Brazil’s key diplomatic goal since 2016.

When speaking to Brazilian reporters, however, the only subject he was asked about was the Petrobras CEO swap President Jair Bolsonaro had initiated a day earlier. The government sacked Joaquim Luna e Silva just a year after appointing him to the top job, with Petrobras facing a stress test with fuel prices skyrocketing at the pump.

Energy consultant Adriano Pires is expected to become the next CEO.

Mr. Guedes denied having anything to do with the move, saying the state-controlled company has its own governance and that he does not need to be consulted on the matter. “I nominated a person, who has already been replaced. So I have nothing further to comment,” he said.

The Economy minister also said the privatization of Petrobras is not under consideration, contradicting his boss. Mr. Bolsonaro said that could happen if he wins re-election.