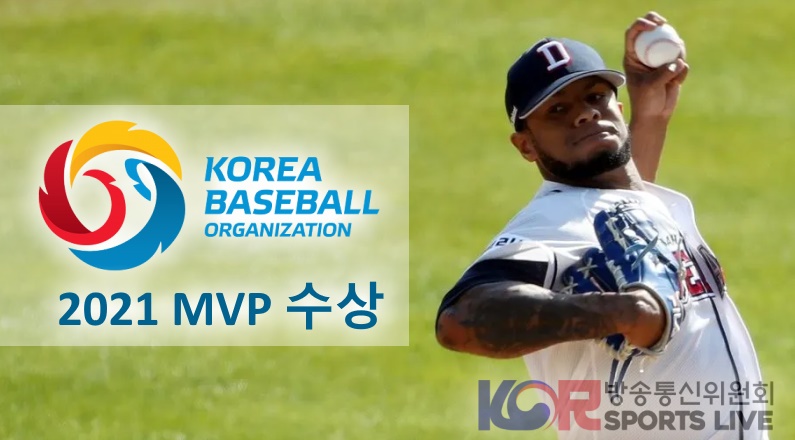 For Korean baseball betting fans, the KBO season is over and they are looking forward to the next season. Until then, baseball fans got to put in their vote to see KBO baseball player deserves the most recognition. This year, Ariel Miranda Wins the 2021 KBO MVP Award by popular vote for his outstanding achievements.

However, it is not a surprise to many as he had a spectacular 2021 baseball season that broke many records. According to baseball betting websites, Miranda got 588 points out of 920 points to win the KBO MVP Award.

First off, Ariel Miranda is the first Cuban native player to the KBO MVP Award. In addition, he is also the seventh foreigner to win this prestigious award. By winning the KBO MVP award, he also got a an extra ₩10 million in prize money.

According to sports betting odds statistics Miranda led the KBO with a 2.33 ERA and 225 strikeouts. For the KBO, this is a new record for a single season by 2 strikeouts. The previous record had been set by Choi Dong-won in 1984. For having the most strikeout in a season, he was also giving the Choi Don-won award earlier this month.

Unfortunately, Miranda was not able to win the KBO pitching Triple Crown as he came in fourth place this year. However, he did tie for first place for having 21 quality stars in the KBO. A quality start is an outing when the starting pitcher goes at least 6 innings allowing 3 or less runs.

During the KBO MVP ballot, players earn points which come from the top-five votes by the media. 8 for first place, 4 for second, 3 for third, 2 for fourth and 1 for fifth place. In total, Miranda got 59 first place vote ad 19 second-place votes.

The runner up was Lee Jung-hoo who got 329 votes with 12 first place votes and 31 second place votes. Kang Baek-ho got third place with 320 votes made up of 17 first-place votes and 83 other votes.

The Doosan Bears pitcher was not able to take part in the award as he is in Cuba for the offseason. He did leave a video message thanking everyone for his award.

Bet on Sports with VOBET, the best sportsbook in the world!