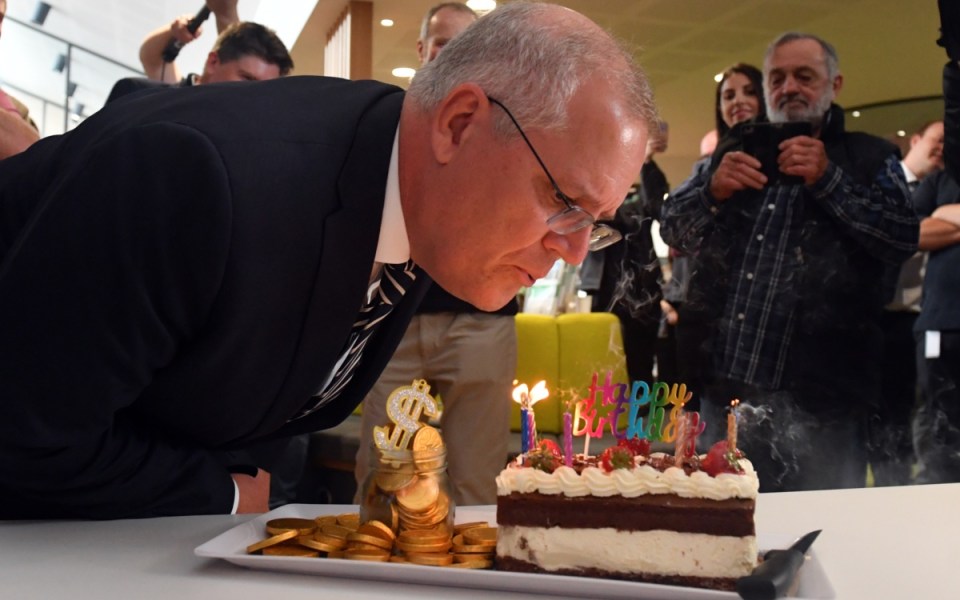 Prime Minister Scott Morrison’s economic management will be tested in the final week of the election campaign as new data reveals a sharp rise in voters upset about living standards under the Coalition.

With another real wage decline tipped within days, new IPSOS polling shows voter satisfaction with their living standards has plunged, down from 71 per cent in June 2020 to just 58 per cent during March 2022.

Dissatisfaction has spiked by 9 percentage points over the same period.

It means just a third of Australians are still content with their financial circumstances on a net basis, down from more than half two years ago.

The figures are an ominous sign for Mr Morrison, who heads into polling day next week having focused his campaign on cost of living, arguing the Coalition will deliver a stronger economy if re-elected on May 21.

Labor has countered by attacking the government over long-stagnating wages growth, with fast-rising inflation set to once again outpace pay rises when March quarter data is released next week.

Economists expect wages growth will rise to 2.5 per cent annually in the quarter when published next Wednesday – implying a real wage decline of 2.6 per cent against the highest inflation figures in about two decades.

It comes after Mr Morrison appeared to back falling living standards for the lowest-paid workers this week, attacking Labor’s call for minimum wage rise of 5.1 per cent, arguing it would make inflation even worse.

“What that could lead to is rising inflationary expectations and that feeds through to what you pay in the supermarket, what you pay elsewhere in the economy, and it can even impact on your job,” Mr Morrison said.

However, many economists have backed such a pay rise, suggesting Mr Morrison’s claim that a dollar an hour pay rise for more than a million workers will stoke inflation is overblown.

“There’s a logic to what he’s saying, but what the decision does to inflation is not the only factor at play,” BIS Oxford senior economist Sean Langcake said.

“We need to think about the impact on households and their ability to keep up with the cost of living.”

Voters fear for their futures

Dissatisfaction with living standards among women fell 16 per cent between 2021 and 2022, with just a quarter of female voters now content with their financial circumstances on a net basis.

Both male and female voters are also less optimistic about the future, with a third expecting their living standards to worsen over the next 12 months – a turn from positive to negative sentiment over the past year.

“The declining satisfaction with current standards of living and increased pessimistic outlook demonstrates the importance that cost of living will play in the upcoming federal election,” IPSOS director Ben Brown said.

“This is consistent with what we are seeing in the IPSOS Issues Monitor, which shows a sharp rise in the cost of living as a key issue.”

Petrol prices, for example, have begun to rise again recently, eating into the 21 cents-per-litre fuel tax cut the government unveiled in late March.

Meanwhile, mortgage holders are bracing for a second interest rate hike in as many months in June, with the RBA looking to subdue inflation.

Commonwealth Bank chief economist Gareth Aird predicted on Friday that the RBA will raise rates to 0.6 per cent next month, an increase that would add about $60 to typical monthly mortgage bills.

“If wages prints significantly stronger than our forecast and/or the unemployment rate drops more materially the RBA board may opt for a 40 basis point hike in June,” he said in a note.

The ABS will also publish jobs data for April next Thursday, with the headline unemployment rate set to fall from 4 per cent to 3.9 per cent, according to economists.

Mr Langcake said the jobs market remains a bright spot in the COVID recovery so far and should underpin stronger wage gains in the coming months, consistent with RBA expectations.

“A silver lining in all of this is that we have a labor market that looks like it has strong demand and a very low unemployment rate,” he said.

The Reserve Bank is expecting the tighter jobs market to flow through to higher wages growth over the next 12 months, but has still forecast even more declines in worker purchasing power until the start of next year.