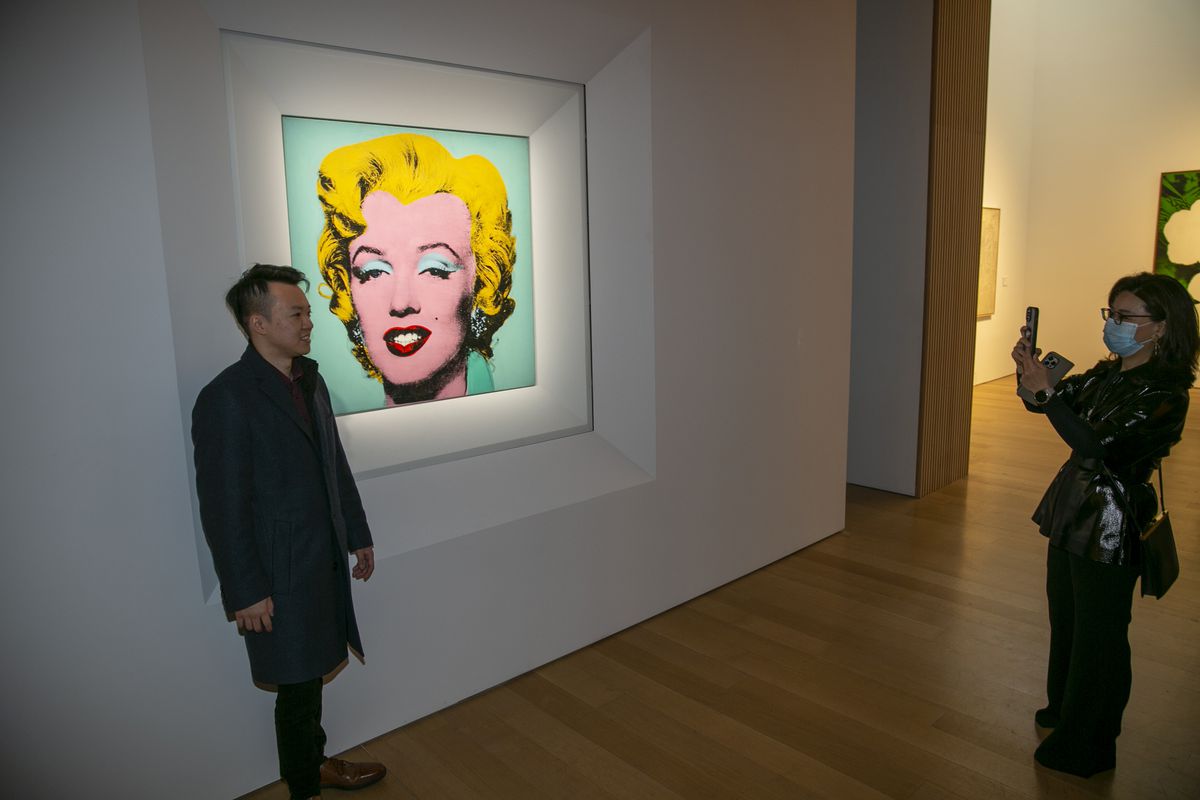 The spring auction season started Monday in New York in style. Oblivious to wars, economic turmoil and the scourge of the pandemic, the art market has set another record for the work of a 20th-century artist, with Andy Warhol’s Marilyn selling for $195 million (specifically, 195,040,000 including taxes and fees). This is not only the highest-ever price paid for the work of an American artist, it also sets the world record for the most expensive 20th-century work of art – a title previously held by Pablo Picasso’s Women of Algiers (1955), which sold at auction for $179.5 million in 2015.

Christie’s auction house expected Marilyn to sell for $200 million, and even though it sold for slightly less than this amount, it indicates the strength of the art market, and its value in times of growing economic instability.

The fact that it was a charitable auction – the money from the sale will be used to fund projects to help children – does not detract from the record-setting price paid for the silkscreen painting, Shot Sage Blue Marilyn (1964), which is one of the four Warhol made of the actress Marilyn Monroe. This version – completed two years after Monroe’s death – is of a smaller size (40-inch by 40-inch), but for Christie’s expert Alex Rotter, “it is the essence of Warhol, it defines his status in art history and popular culture.” “There are few opportunities like this and there will be fewer,” he said, adding that it is “the most significant painting of the 20th century that has been auctioned in a generation.”

When announcing the sale in March, Rotter, who is the head of 20th and 21st-century art at Christie’s, called the painting “one of the rarest and most transcendent images in existence.” “Andy Warhol’s Marilyn is the absolute pinnacle of American Pop and the promise of the American Dream encapsulating optimism, fragility, celebrity and iconography all at once,” he said in a statement. Following the tragic death of Monroe in August 1962, Warhol dedicated four paintings to her in a work called Shot Marilyn. The four canvases were the same size but featured different colors: red, orange, light blue, sage blue and turquoise. One of them, Orange Marilyn, sold at auction for $17 million in 1998. According to Rotter, the great difference between the sales price of Orange Marilyn and Sage Blue Marilyn is due to the fact that the latter is a work of art comparable to “the Mona Lisa, Botticelli’s Venus and the Young Ladies of Avignon by Picasso.”

The auction on Monday also puts a posthumous end to the rivalry between Warhol and Jean-Michel Basquiat, his young friend and sometime competitor. Basquiat previously held the record for the most expensive American artwork, after his skull painting sold at auction in 2017 for $110 million. This title was taken from Warhol himself, who set the record in 2013, when Silver Car Crash (Double Disaster) sold for $105 million. Now in 2022, the pop artist has well and truly reclaimed the title.

The auction held on Monday night is considered an indicator of what to come over the next two weeks of sales, as well as the general health of the art market that does not seem to have been too affected by the coronavirus pandemic, judging by the results of the autumn session, which saw stratospheric prices, such as Rothko’s 1950 painting White Center (Yellow, Pink and Lavender on Rose), which sold for $73 million.

Shot Sage Blue Marilyn belongs to the collection of Thomas and Doris Ammann and is part of a lot of 36 pieces. All proceeds from the sale of the works will go towards the Thomas and Doris Ammann Foundation, a newly established organization dedicated to improving the lives of children worldwide. Christie’s announced on Sunday that the new owner of Warhol’s Marilyn could select a charity of choice to receive 20% of the sale price.