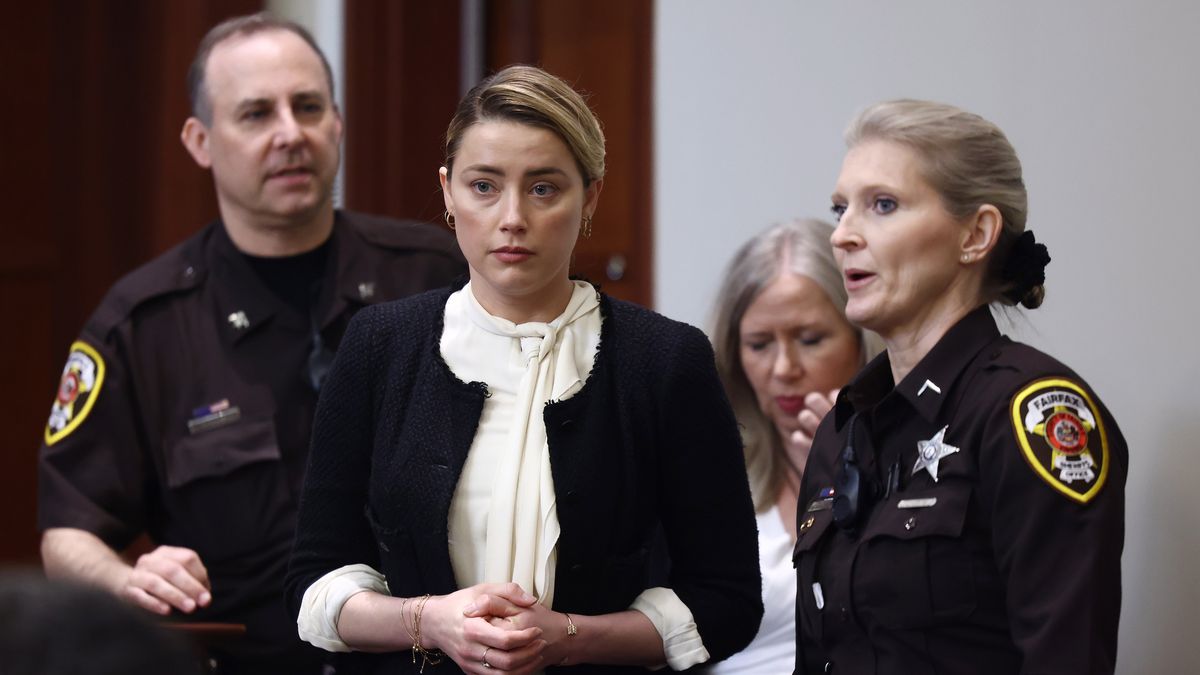 Amber Heard on Thursday continued testifying against her ex-husband, Johnny Depp, in a court in Fairfax, Virginia. The 36-year-old actress has been answering questions about her relationship with Depp, particularly the episodes in which she accuses him of having beaten and abused her. Heard accused her 58-year-old ex-husband of behaving violently out of his jealousy of actor James Franco, among others.

The actress shot the film The Adderall Diaries with James Franco in 2015. As he has stated in court, Depp hated Franco and was furious when he found out that Amber and Franco had kissed for a scene in the film.

Aboard a private plane, Depp called Heard a “slut” and asked her in sexually explicit language what Franco had “done” to her body. According to Heard, Depp smelled like weed and alcohol. He threw objects at her as she moved seats in order to avoid him, until at one point he went behind her and kicked her in the back, before the indifference of the bodyguards and the plane crew. “I felt so embarrassed that he could kick me to the ground in front of people,” said Heard.

Depp has repeatedly denied that he has ever hit Heard or any other woman. On Wednesday, between tears, the actress described scenes of physical, psychological and sexual violence.

The actress says that on another occasion Depp accused Heard of flirting with someone at the Met Gala in New York. After the party, back in the hotel room, the actress says that he grabbed her and pushed her. “We were struggling. He’s bigger than me. He hit me. I remember my nose being swollen, red,” said the actress.

Heard’s lawyers have shown as evidence photographs and recordings that the actress herself made of her ex-husband, some of which show him on the ground and screaming.

Depp and Heard divorced in 2016 after 15 months of marriage and three years of dating. She requested a restraining order and accused the actor of abuse, which Depp has since denied.

The current trial is not a criminal case but a civil lawsuit: Depp is suing Heard for $50 million (about €47 million) in damages, alleging that an article she published in The Washington Post in 2018 caused Depp irreparable damage to his career as an actor and the million-dollar cancellation of the Pirates of the Caribbean saga, his greatest success. In the article, without mentioning Depp, Heard described herself as “a public figure representing domestic abuse” and said that she had seen for herself that “institutions protect men accused of abuse.”

The actress pointed out this Wednesday at the beginning of her testimony that it was “horrible” for her to “relive everything” at the trial. “This is the most painful and difficult thing I have ever been through,” she said. Heard has responded to Depp’s lawsuit by suing her ex-husband for $100 million.