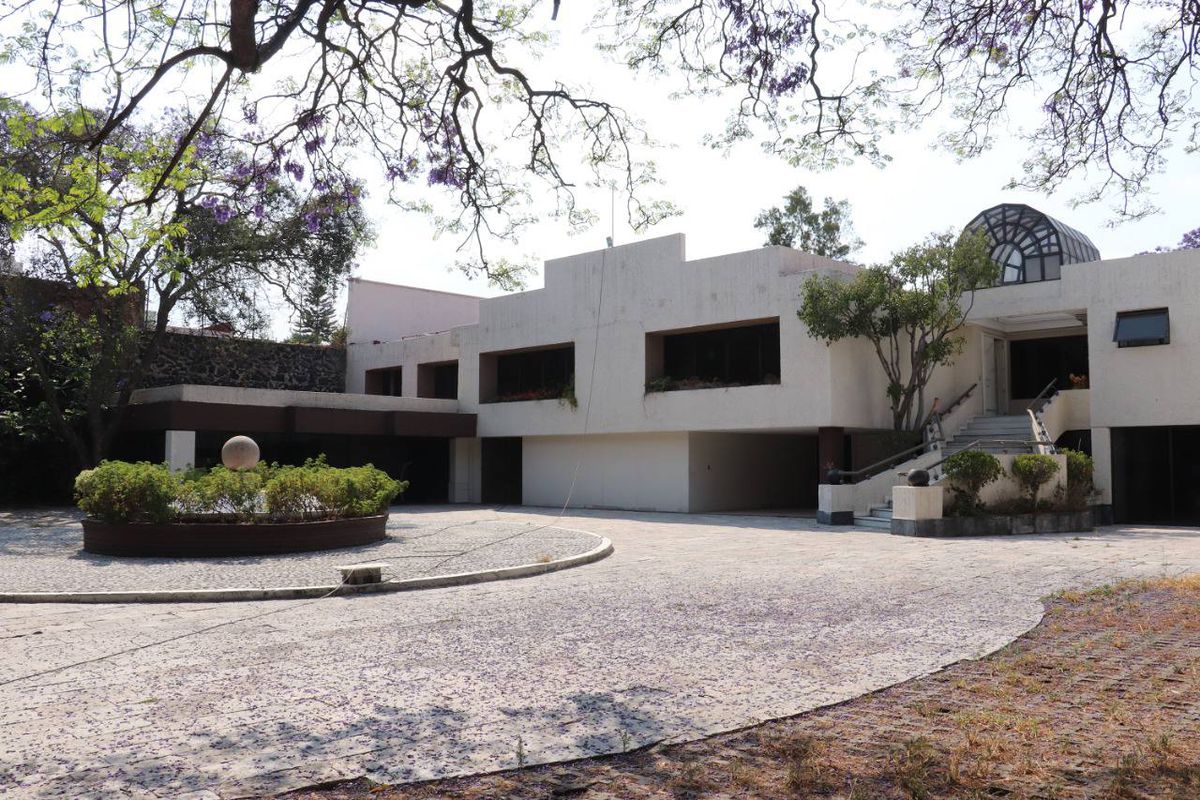 It has been a hideout for crooks, a film set, and the headquarters of a foundation. In late June, a luxurious mansion once owned by Amado Carrillo Fuentes became the top prize in Mexico’s national lottery. The former Juárez cartel boss known as the Lord of the Skies (El Señor de los Cielos) built this US$4.5 million home in Jardines del Pedregal, an exclusive neighborhood south of Mexico City. The two-story residence measures more than 10,000 square feet, and has an indoor pool, expansive gardens, and enough garage space for 30 cars. The enormous home boasts a bar with a wine cellar, nine bedrooms; six Jacuzzis, numerous closets and dressing rooms, a huge kitchen, a steam room, a library, and a life-size playhouse for children. And for the price of a US$10 cachito, as lottery tickets are called in Mexico, some lucky player had a chance to win the opulent mega-mansion.

Lottery administrators put three million numbers up for grabs, but the tepid response from the public meant that multiple numbers had to be picked before one came up a winner. Suspense built as losing numbers came up again and again. “That number isn’t a winner, so we’ll try again. Good luck!” said the announcer 16 times. Almost 25 minutes later, the winning number was picked on the 17th try.

“How would you like a house in Jardines del Pedregal?” tempted the commercials. “I can already picture myself living there!” a woman replies enthusiastically. “Or you could sell it,” suggested the announcer. The property has long been a headache for the Mexican government. It was first auctioned in May 2020 by the “Instituto para Devolver al Pueblo Lo Robado”, a government agency created by Mexican President Andres Manuel López Obrador to liquidate assets seized from criminal organizations and corrupt officials. The auction hoped to raise at least US$2.6 million pesos for the house, but the best offer was US$2.47 million, from a mysterious man in a gray suit who raised his paddle amid cheers from the attendees. “I want US$2.5 million! Who says yes?” asked the auctioneer, as he anxiously counted to three. In the end, no one wanted to pay more. Then, the auction winner never paid up.

Seized in January 1995 from Carrillo two years before his death, the mansion became a white elephant, a prize nobody wanted. The drug kingpin had amassed a fortune by transporting huge quantities of drugs with his fleet of airplanes. Although his main center of operations was in the border city of Ciudad Juárez (Mexico), the Lord of the Skies owned properties all over the country. Wanted by authorities in Argentina, Colombia, the United States, and Mexico, Carrillo underwent several cosmetic surgeries to change his appearance and evade his pursuers. He died during a botched procedure in 1997. A television series about his life has become an international hit on streaming platforms and is getting ready to film its eighth season.

The white elephant raffle came about when the Mexican government wearied of the expensive maintenance, which included US$25,000 for security services. Photos of the mansion used to promote the raffle show that Carrillo’s palace has seen better days. “We’re doing this to support the Mexican people and help our neighbors,” said President López when he announced the raffle in early June. “There are a lot of abandoned public assets scattered around various government agencies,” said the president, “and they will go to ruin if not maintained properly.”

The narco-mansion is listed on the internet as the former headquarters of a foundation that trains unemployed and disabled people so they can find work. It was rented in 2003 for the filming of Man on Fire, a movie starring Denzel Washington, who plays a bodyguard trying to rescue a nine-year-old girl (Dakota Fanning), and destroys half of Mexico City in the process. When the movie came out, there were rumors in the press about underground tunnels connecting the property to other nearby houses in the area, but no mention of this was made in the promotional material for the raffle.

The raffle also included 200 lots of land in Playa Espiritu, a failed tourism development project in Sinaloa (Mexico) that cost more than US$100 million. The value of each lot ranges from US$40,000-US$65,000. “It was a fraud,” admitted President López in October 2021. His lackluster sales pitch included statements like, “It isn’t in a great location,” and “Nobody wants to buy it.” The highest praise the president could muster was, “It has a beach.” The raffle also includes US$2.9 million in cash prizes.

After being seized, borrowed, and auctioned, the mansion that once belonged to the notorious Lord of the Skies will finally have a new owner–winning ticket number 339,357–but the ticketholder’s identity will not be made public.