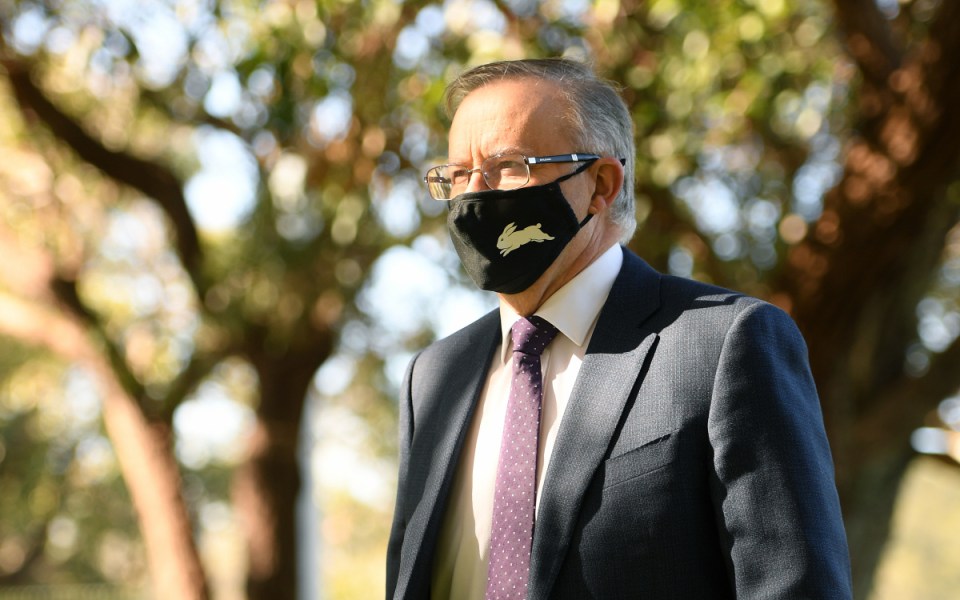 Labor leader Anthony Albanese says if he is successful at the federal election he will ramp up the COVID-19 education campaign to encourage Australians to get their booster shots.

“We are not getting the publicity that we used to get,” Mr Albanese told the ABC’s Insiders program on Sunday.

He said the government could stop spending $1 billion on political advertising spruiking their credentials, including pretending their record on climate is anything other than “abominable”.

“What they should do is channel funds into making sure we promote those vaccination rates,” he said.

He and half his shadow cabinet have caught COVID-19 during the campaign ahead of this Saturday’s election.

“We know the infection is out there, we know that the more people that are vaccinated, the better the health outcomes will be,” he says.

PM urges kids to ‘run around’

He has pledged another $20 million for the Sporting Schools program which would see it expanded to include up to 700,000 students in years 9 and 10 if his government is re-elected.

Mr Morrison said Australia was heading into a time of great opportunity, and he and the government were shifting gears to secure them.

“We need to get (children) off those phones and get them on the field,” he said.

“They can have fun with their devices … but we want them out there running around.

“We are moving into a golden decade of major events for sport in this country.”

This month will see international soccer powerhouse FC Barcelona head down to the Pacific for the first time for a friendly in Sydney.

Australia, along with New Zealand, will also host the Women’s Soccer World Cup in July next year.