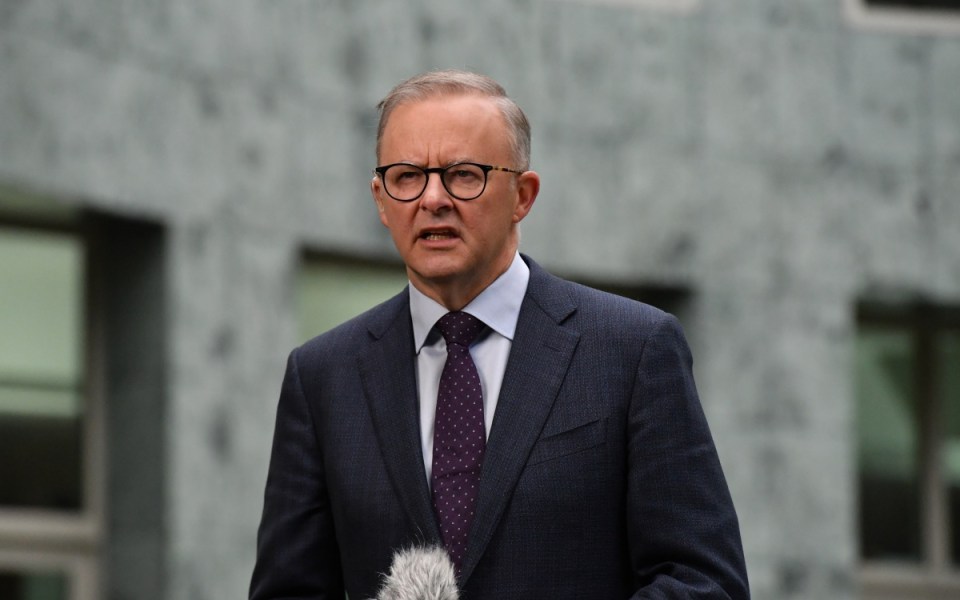 Anthony Albanese has failed to list the six points of his party’s NDIS platform, with his adviser handing him his policy brief midway through a press conference.

The Labor leader has been under attack for not knowing his brief – an accusation he denies – but failed to outline his plan when repeatedly questioned by journalists on Wednesday.

“What (the plan is) about is making sure that we take pressure off people who are at the moment having their programs cut,” he said.

“We will make sure that there’s administrative efficiency. So much is being wasted. We will put people at the centre of the NDIS in all of our programs.”

After being handed his policy brief and stalling while he flipped through the pages, Mr Albanese read through the six points.

Labor’s six-point plan includes lifting the staffing cap and urgently reducing insecure labour-hire arrangements; stopping spending waste on the excessive use of lawyers; boosting efficiency; stopping any cuts; fixing regional access; and co-designing changes to the scheme with the sector.

Mr Albanese earlier fended off suggestions he was avoiding commenting on the specifics of Labor policy, by referring questions to other party officials.

“There was a report the other day that said, ‘Albanese gives housing question to housing shadow minister’ and we all just had a chuckle and could not believe how, frankly, strange that spin was,” he told the Nine Network.

“This is one of the most bizarre things I’ve ever seen. I’ve answered questions each and every day. I’m the captain. I’m proud of my team.”

Mr Albanese also says he remains open to the possibility of working with independent MPs, spruiking his past experience in the Gillard and Rudd governments when Labor worked with the cross bench.

“My aim is to get people to vote Labor, to elect at least 76 members of the House of Representatives … and if that occurs, I will give respect not just to the crossbenchers, but to the other side as well,” he told ABC radio.

“That’s the way that I operated as leader of the government in the House of Representatives during the Gillard government, treating people with respect.”

The Greens and some independents have indicated a key demand will be stronger emissions reduction targets in the case of a hung parliament.

“Our policies are 43 per cent by 2030. What I’m interested in is the implementation of our policy,” Mr Albanese said.

“We don’t have the same policy as the independents or the Greens or the Liberal Party.”