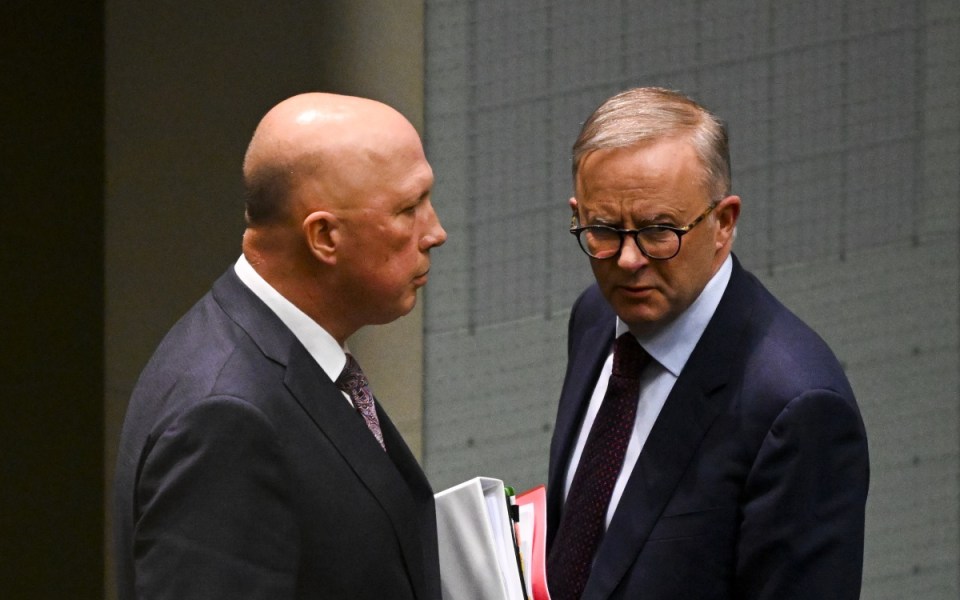 Prime Minister Anthony Albanese has reminded the Opposition of its actions around the Ruby Princess COVID debacle in an angry response to questioning over foot and mouth disease.

In another tense question time on Thursday, which saw the first MP ejected this Parliament, Nationals Leader David Littleproud asked the PM what the government was doing to prevent a catastrophic hit to the economy over the disease.

“Given that foot and mouth disease will cost the Australian economy $80 billion and hit everyday family budgets for milk and meat, does the Prime Minister agree with Labor agriculture minister Alannah MacTiernan’s statement that FMD won’t be catastrophic and milk and meat will be cheaper?” he asked.

After pointing out that the then-Coalition government was warned about the dangers of foot and mouth as early as May 9, an angry Mr Albanese went on to talk about the consequences of inaction.

“They talk about foot and mouth disease … people coming in, where their shoes haven’t been checked off enough. This is the same mob that let the Ruby Princess come in – a bit more noticeable than a pair of shoes, [it] was docked at Sydney Harbour. Everyone got off and brought COVID here,” he said.

“That was on your watch,” Mr Albanese went on to say. “After you said we would stop cruise ships entering Australia, they allowed the Ruby Princess to dock.”

The Prime Minister said the federal government was “acting with the strongest biosecurity response in Australia’s history” when it came to foot and mouth.

The special commission of inquiry report released in 2020 was scathing in its assessment of the handling of the Ruby Princess.

When the vessel docked in Sydney on March 19, at least 120 people were “suspect cases” of COVID, but were not told to self-isolate in cabins nor were other passengers alerted.

Passengers were also allowed to leave before results had been returned from the 13 tests that had been done.

The Ruby Princess outbreak infected 663 Australians on board and led to 28 deaths, including 20 domestically and eight in the United States.

Dutton on the attack

Earlier, Opposition Leader Peter Dutton continued to attack the government over the proposed abolition of the building industry watchdog, accusing the ALP of accepting more than $10 million from the Construction, Forestry, Maritime, Mining and Energy Union.

Mr Albanese thanked Mr Dutton for showing the workers of Australia that the Liberals “remain an anti-union party that is obsessed by attacking the rights of trade unions to exist”.

“If there weren’t unions in the construction industry, the number of deaths on work sites would increase,” he said.

“The number of injuries on work sites would increase. I have been in this place for 26 years and not once have I heard any Coalition member speak about safety on construction sites. Not once.”

The Prime Minister went on to say that the “ABCC has not done anything to improve workplace safety.”

“It doesn’t do anything to guard against wage theft that we will make a crime by the way,” he said.

Labor MP Graham Perrett, meanwhile, became the first member to be ejected from the chamber under the new government and its speaker Milton Dick.

“I was crystal clear in saying I wanted silence while the leader was being heard,” Mr Dick said after a particularly rowdy period of question time.

“The member for Moreton has continued interjecting. He will leave the chamber,” he said of his fellow Queenslander.

“He may be my neighbour but he’s having a holiday. I give the call to the leader of the house.”

Mr Dick is familiar with the process of ejecting MPs. In 2018, he and fellow Labor member Luke Gosling were kicked out of the chamber for bringing a collection of Muppet dolls into question time.