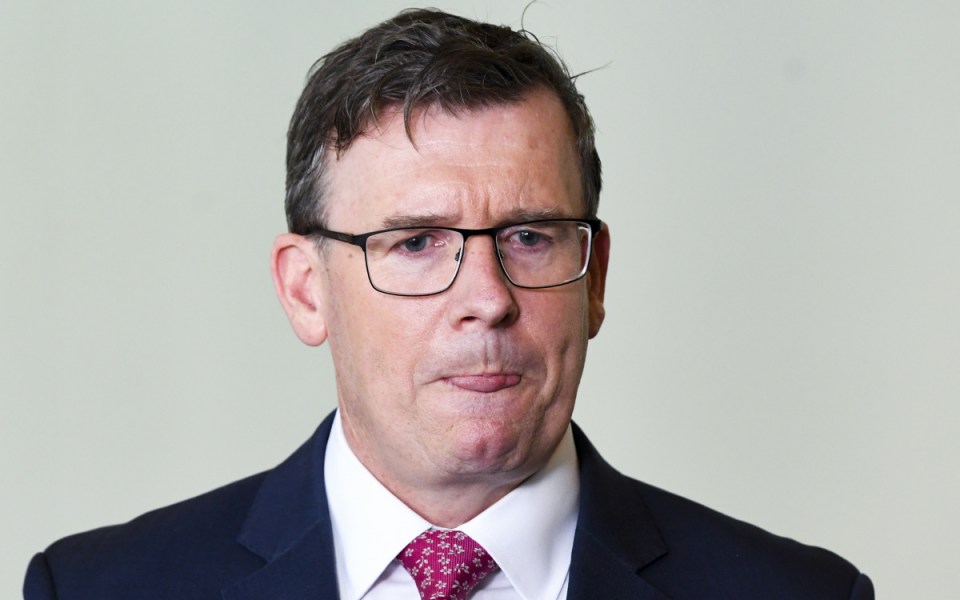 Mr Tudge stepped aside amid allegations he had an abusive relationship with a former staffer, with whom he had a consensual affair.

He has strenuously denied the allegation, and an investigation found insufficient evidence that Mr Tudge breached the ministerial standards.

The revelation that the member for the Victorian seat of Aston still holds his portfolio emerged following questioning by Labor senator Louise Pratt. She asked why Mr Tudge was still listed as the education minister on the department’s website.

In response, Senator Reynolds said “because he still is, he’s on leave”.

“He is certainly still the minister,” she said.

Senator Reynolds said questions about whether Mr Tudge was still being paid a ministerial salary should be directed to the Department of the Prime Minister and Cabinet.

The Senate committee was told Stuart Robert had stepped into the role of acting education minister.